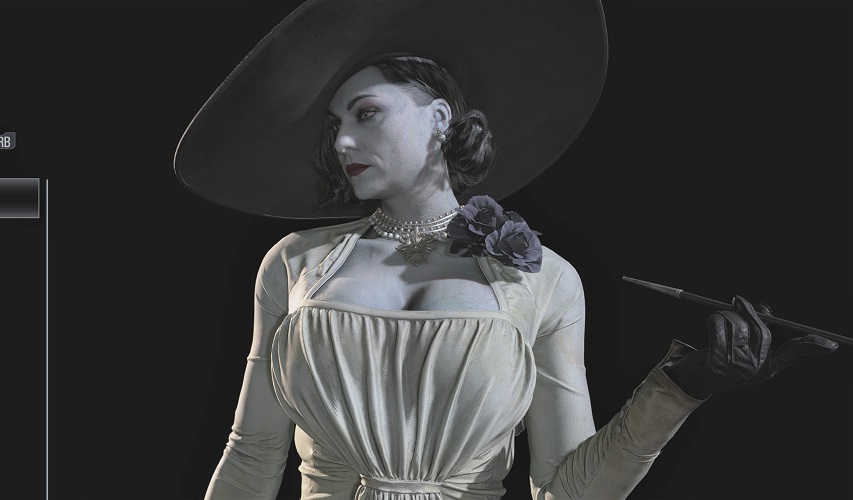 Capcom released its 8th cannon instalment in the Resident Evil series this month on consoles and PC. Continuing the story from the previous game with Ethan Winters as the main protagonist, Resident Evil Village, or Resident Evil VIII offers more first person investigation, but as the name suggests, there is an air of familiarity about the game and its premise. Is it worth a punt then?

There is no denying Resident Evil Village comes well-honed and what becomes immediately noticeable (kind of given away in the name) is how similar the game feels to Shinji Mikami’s Resident Evil 4, taking on an action-orientated approach. Cue Leon Kennedy in the village at the start of that game and you get a similar feeling with Ethan here. The two characters aren’t far apart either. In Leon’s case, comes presented no longer as the rookie cop we see at the start of Resident Evil 2, but a tough-as-nails investigator. Ethan on the other hand, a tough-as-nails determined unknown who survived the events of Resident Evil 7.

One thing players learn quite early into the story, despite what horrors Ethan endures, like the undead of yesteryear, he keeps coming back. The penny should finally drop when in one moment part of his body becomes detached and he casually sticks it back on again. It’s probably safe to assume most people will suss this out from Resident Evil 7 given how battered he was. Anyhow, it simply makes Ethan’s character less vulnerable, and the player also. Village is a different beast and as already mentioned feels just like a first person Resident Evil 4. Capcom have gone on record to suggest they wanted a less spooky game this time round and that remit shines through here.

So we’re in two minds about this approach. Whilst we can agree Resident Evil 4 marked a stark departure from the tried-and-trusted fixed camera angles, clunky movements and survival from the previous games, it also brought a fresh take on the series. Many fans enjoyed the change of pace whilst it still retained its horror elements. Resident Evil 5 and 6 continued the action slant, yet 7 and the subsequent remakes slowed the pace down and focused more on the survival horror elements. Village ignores survival horror completely. The player rarely feels pressured aside from one moment in the first hour. From then it’s just pushing forwards and building your arsenal of weapons and ammo against an assortment of lesser generic enemies and bosses. There is generally less menace in this game and whilst it is fairly easy to die, you can bounce right back again without breaking a sweat.

Talking of bosses, these are all a little underwhelming to fight resulting in a case of just pumping away until they fall, or use the scenery to weaken them first. Ethan is also pretty quick on his toes, so evasion is fairly easy as well. That said, the designs are excellent and err on the side of supernatural human rather than gross fantasy beings (although there is some of that in the late game). On standard difficulty at least and with thorough rooting through cupboards and drawers to get extra ammo or crafting materials where you can then craft more ammo, or sell treasures where you can buy more ammo, players are never going to run out of offensive capabilities. This is what makes the survival elements feel diluted here. It does make for a faster-paced game though which is good although toss in a few puzzles (some are optional) and you have a nice mix-up of frenzied action and more subdued thinking man’s moments.

In terms of visuals, on PC at max settings and 4K resolution the game looks mint and provides a veritable assortment of real time options to tinker with. This is actually really nice and allows you to see what each of the effects does and the performance cost. Using our top end hardware very easy to maintain 4K 60 frames per second for the most of the game.

Capcom provides some great visuals here as expected, with larger than life characters and a fairly interesting story to follow. The audio also matches well, although if we’re going to complain, most of the performances for the main antagonists err on the side of theatrical and for us almost verging on pantomime villains. That said, players can expect a number of great moments, twists-and-turns, throughout the story backed-up by impressive visuals and audio, so we can forgive less menacing design choices.

In terms of length, we clocked around 9 hours on our first playthrough using standard difficulty, but there are extra difficulties to try for additional challenge. Speed runners will probably halve that number or less as is usual for Resident Evil games. The mercenaries mode from Resident Evil 6 returns here as a time/combo based survival mode which offers a neat distraction from the main game. Plenty of other unlockables as well including art and additional weapons to use in the main game. The same CP system gets a look in here which seems standard across Capcom’s recent offerings.

To wrap-up then, Resident Evil Village is a fun game to play for those looking for a less scary experience and one that is not too taxing on the grey matter. It feels like Resident Evil 4 revisited and works using a similar style of gameplay. Fans of the slower-paced survival horror games might feel like this game could quite easily have had its own spin-off series and in some ways we can agree with that sentiment. However, in its own right and for all its theatrics, Village pushes the right buttons where it counts. In many ways it’s liberating to reside on the side of aggressor rather than tortured weakling, and that gets a dismembered thumbs-up from us.