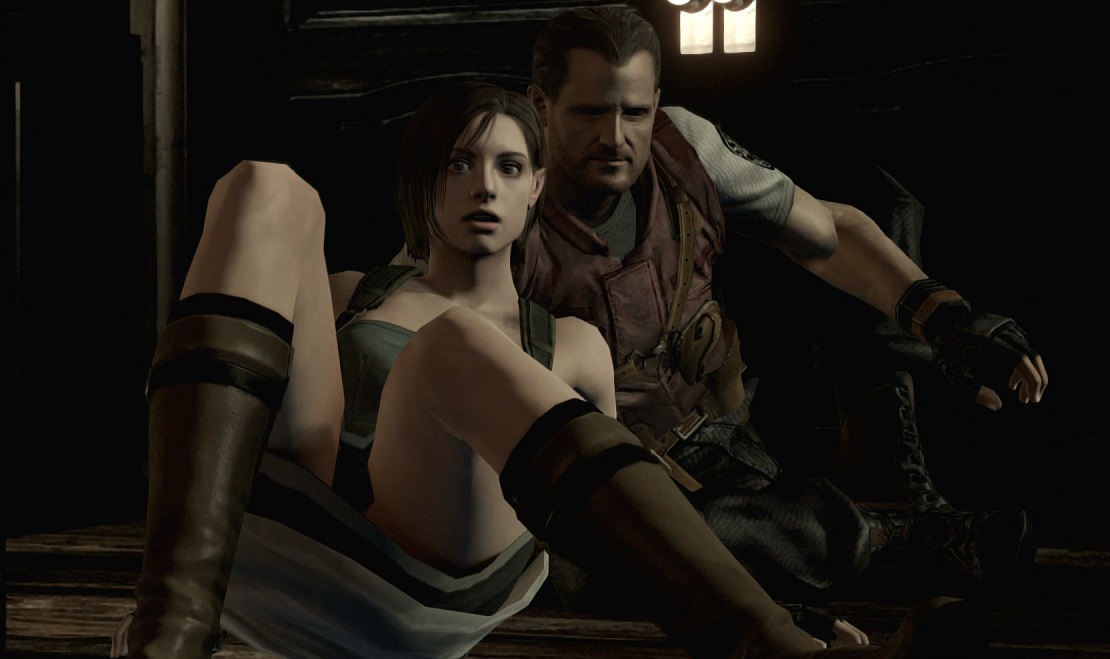 Capcom touched up the 2002 Gamecube version of Resident Evil which originally released on the Playstation way back in 1996 bringing the horrors of survival gameplay to today’s gamers. However, aside from the increased resolution and full screen viewing, how well does this old classic hold up compared to more modern delights from the later games in the series, and more importantly is it worth the revisit to the Spencer mansion once more. Take a look at our Resident Evil HD Remaster review for the full picture.

Today we’re taking a look at Capcom’s Resident Evil HD Remaster which touches up the graphics of the 2002 Gamecube remake of the original Resident Evil which launched on PSone way back in 1996. Things have move on considerably for the series since then and with the successful Resident Evil 4 HD paving the way last year, it seems natural to return to the series roots. However, revisiting the Spencer mansion in glorious HD hasn’t affected the gameplay which remains faithful to the original which by today’s standards could be considered a little archaic.

As a refresher, players assume the role of either Chris Redfield or Jill Valentine who are members of STARS, that’s Special Tactics and Rescue Service who are called in to investigate grisly murders happening in the region. The squad comprised of various secondary members are attacked and forced to retreat to a massive mansion which is inhabited by zombies and other horrific experimental creatures. Without spoiling the story, the end result is a game of survival as the team gets separated leaving the two main heroes fighting for their lives whilst attempting to work out what’s happening. The story is very much in the B-movie ilk and won’t win any awards for complexity or dialogue which has more cheese than a four seasons pizza.

Starting the game, players choose either Jill or Chris with the former being much easier due to her ability to lock pick doors and hold extra items in her inventory. The core essence of the gameplay revolves around finding keys to unlock doors, managing items in the inventory and solving puzzles to progress all the while avoiding being chomped on by the game’s enemies. The player health is generally low with a few bites putting the player in danger, except here it doesn’t regenerate which means finding and using herbs to replenish it makes the game much more tense. However, it’s quite easy to dodge the predictable moving enemies or let rip with a variety of weapons of which there’s a reasonable amount of ammo lying around. It’s an overall satisfying experience which relies more on running away than standing ground and shooting during every encounter and works better for it. Those of you expecting a pure gun-fest might be a little disappointed initially, but playing on very easy difficulty means there’s a bit of headroom for those leaning towards action than evasion. Completion of the story also unlocks some extra bonuses like infinite ammo weapons which can turn the tides and the gameplay approach quite considerably.

The mansion setting and beyond is a puzzle in itself and allows players to freely explore which means a bit of memorizing is required. There’s ample text files to read providing more depth to the story, but these can largely be ignored and have little bearing on current events. Luckily items of interest glow which means players aren’t forced to click inanimate objects for no reason.

The gameplay remains unchanged from the Gamecube remake which is great for those familiar, although there’s a slight tweaking to the controls which allow for better movement when transitioning between screens and an active reload which saves time going in and out of the inventory screen and makes the play more seamless as a result. The camera angles change considerably and can be quite disorientating at first, so the new control scheme aims to help that by allowing players to continually move in one direction without having to change the direction on the thumbstick. This does work, but can be a little jarring. Sadly, it doesn’t always pay dividends and can sometimes mean an untimely death and much frustration if caught out during a transition. The old style controls are still available for purists and in reality it’s down to personal preference as either method isn’t flawless.

In terms of the visuals there’s improvements over the original static backgrounds which remain, offering better textures and a sharper image overall. However, the graphics whilst suitably eerie doused in impressive lighting and shadow effects aren’t up to par with today’s games. There’s also a distinct lack of interaction with the environment aside from the slow opening doors and few odd crates making the player character feel a little superimposed at times. That said, it’s still a very atmospheric game that conveys its locations and actions very well whether that’s a splattering head shot on a zombie to having to wrestle away from an incoming fatal bite.

Audio remains largely unchanged with some impressive ambient sounds making the chilling mansion and surrounding areas feel impressively moody where enemies off-screen can be heard shuffling about adding to the horror. The few jump out moments might get newcomers as they work well and are complimented by a subdued musical score which settles mercilessly in the background if at all. It works extremely well despite its age, although the voice acting does feel a little dry in places thanks to the aforementioned b-movie style script. It’s certainly much improved from the 1996 original but not really award winning stuff here. That said, there’s also a certain charm to the dialogue which in some ways makes watching the sporadic cut-scenes a pleasure rather than nonsensical interruption.

The game can be completed in just over two hours for people who know what they are doing, but will obviously take a far greater time for newcomers or those soaking in the game’s revised looks. Once the story is bested, players are encouraged to jump in again, maybe upping the difficulty and attempting either the other character or a selection of unlocked new modes. When all said and done, there’s quite a number of hours play time on offer here and for the asking price is very much worth while. There’s also a selection of endings which are dictated by your actions throughout the story giving a greater incentive to replay again. Couple this with leaderboards and bonus costumes or weapons and you have a game which begs to be replayed and deserves to be especially when knowledge makes progression much less haphazard.

Resident Evil HD Remaster is a classic game for fans of the series and an excellent choice to present it now for the masses. Fans can relive distant memories once again and newcomers can dive into an old school game filled with oddities, frustration and plenty of fear due to a distinct lack of hand holding. Whilst the game’s punishing design feels deliberately harsh against today’s games, it certainly has its charms which might not work on all players. With some odd camera moments which can cause problems, lots of backtracking reusing the same areas and weird puzzles, the game certainly shows its age quite clearly, but ultimately remains enjoyable to play and comes recommended for those who want to experience one of the classic games of yesteryear with a lick of modern paint.