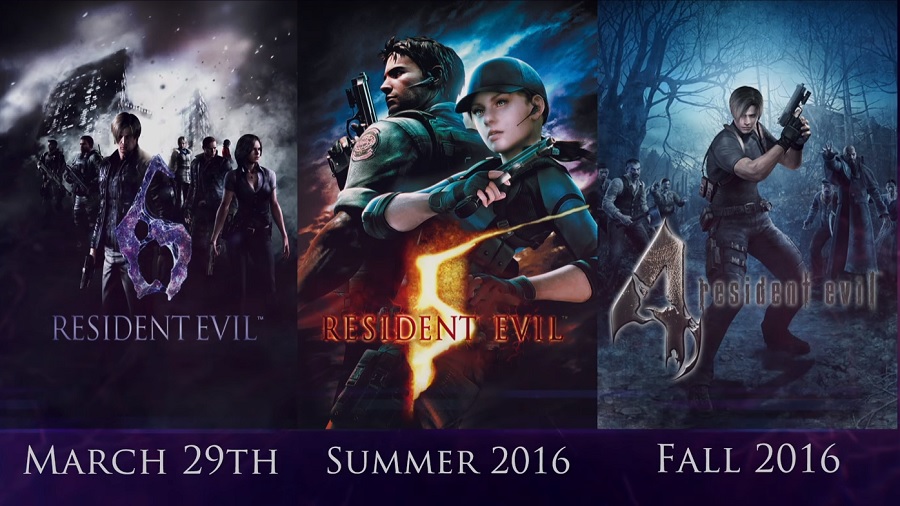 Capcom has just revealed that three of the franchise’s biggest hits Resident Evil 4, Resident Evil 5, and Resident Evil 6 are now coming to PlayStation 4 and Xbox One in a series of releases staring with Resident Evil 6 on March 29th. To mark the announcement check out the official gameplay trailer.

Play as Leon S. Kennedy in Resident Evil 4 as he battles a multitude of threats to rescue the U.S. President’s daughter. Jump into Resident Evil 5 solo or co-op as Chris Redfield and Sheva Alomar as they join forces to solve the truth behind a new outbreak. Experience Resident Evil 6 with a full roster of new and returning characters, as they combat the C-Virus as it threatens humanity on a global scale.