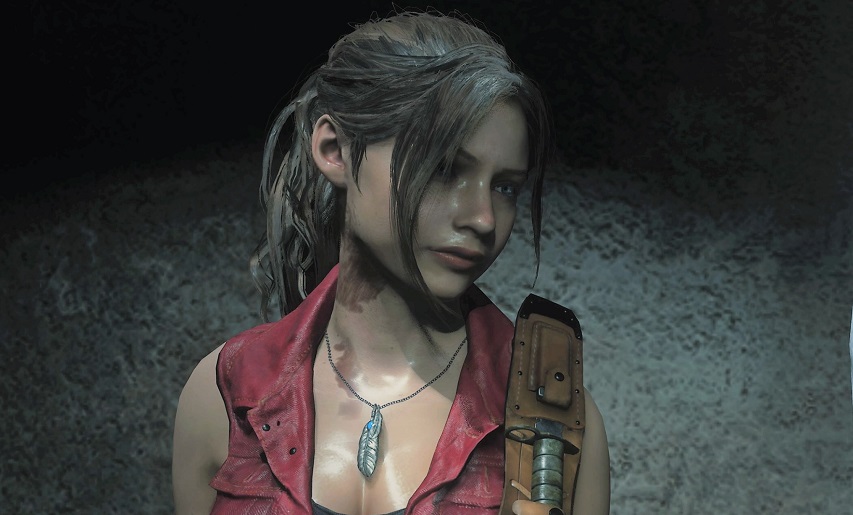 To begin, it bodes well that Capcom shifted towards the past despite the successful direction of Resident Evil 7. The first person experience added originality to the series blend of survival horror, ignoring spin-off Gun Survivor for a moment. However, let’s not mention the VR support because that in itself is on another level entirely. Resident Evil 2 remake feels like a re-imagining with a hook akin to Resident Evil 4, 5 and 6. The Resident Evil Remake for example stuck with the series roots using animated backdrops and fixed camera perspectives. Resident Evil 2 remake on the other hand, sports fully 3D rendered spaces. Having played Resident Evil 2 to death, it’s easy to suggest that this approach works. It’s not a throwback to the original game, but a reworking using a contemporary approach.

Included in the package then is a campaign focused around a young looking Claire Redfield (the sister of Chris, a playable character in Resident Evil). Newcomer Leon Kennedy (hero of Resident Evil 4 and 6) makes his debut in a separate campaign. Players choose either character with some differences between campaigns. For example, their starting weapons differ as do interactions with secondary characters further into the story. Interestingly, Leon and Claire’s paths cross at times giving a different perspective to events via some wonderfully crafted in-engine cut-scenes.

To be clear, the original survival approach takes precedence here whereby limited resources dictate the flow and pacing. Depending on how players tackle each encounter that is. Those looking for a Resident Evil 4 action experience discover fairly quickly a lack of ammo and healing items. So shooting every zombie at the start of the game isn’t a viable option unless playing on easy. This remake is a very different beast making players aware that conserving ammo, exploring every nook and cranny is a must. Avoiding conflict and running away from enemies is a better option and thanks to the layout of the main Police Precinct starting location, players clear well-trodden pathways rather than clearing rooms. So in this regard the gameplay mirrors the original experience as expected despite an action based appearance.

Looking at the combat, and it’s here where the survival ramps-up considerably over the original game. Gone are predictable zombie movements in favour of unreadable actions and a randomness that often knocks players for six. It’s not unusual for zombies stealthily waiting next to a closed door for example. Poised to grab and take a chunk off your health as you run through. Some enemies take a lot of head-shots to actually kill, and even then it’s not clear whether they will reanimate and bite you on the ass. Luckily a knife swipe or two is a valid tactic for ensuring they are out for the count. Still, this game plays on the player’s fear through adaptive difficulty and is all the better for it even if at times it’s seemingly a little unfair. To counter this, the standard difficulty at least allows for unlimited saves at select points as well as auto-saving.

Aside from shooting or avoiding enemies, players in both campaigns search the locations for key items to progress further. Puzzles present themselves alongside codes and keys to unlock doors opening up new areas. Whilst not necessarily making sense when looking deeply into things, as a gameplay mechanic these elements just work. Subsequent replays highlight how easy puzzle implementation is. Most players should figure out what to do without hours of head scratching or resorting to online assistance. Again, the puzzles stay true to the style of the original game.

Visually, Resident Evil 2 looks fantastic with plentiful attention to detail. However, a lack of interactivity with the environment gives the game’s visuals a rather synthetic static flavour. Players focus on enemies rather than the environment, although some corridors or rooms ooze atmosphere above others. As mentioned, the in-game scenes are well-crafted with great looking models for Claire and Leon. Animations are spectacular especially when zombies grab and go for the jugular. Excellent facial expressions and use of close camera shots add to the drama. Lighting and shadows look great in real-time creating much needed atmosphere. Sometimes, slowing it down a little taking in the finer details is worthwhile, despite the game prompting a fast paced playthrough.

On PC at least, the game looks great in 4K resolution with a number of bespoke settings to suit your rig. Those with HDR displays benefit here with the game looking mighty fine with the correct brightness settings employed. It’s a dark game overall, but manages to interject some colour in places making for a visual treat.

Audio plays an important role this time, aside from wonderfully gloomy music the cheesy dialogue (especially when using the noire outfits and black & white mode) is great. Special note given to the often flirtatious dialogue between Leon and Claire. The surrounding noises offer cues as to what lurks behind a closed door for example. In some instances (without spoiling here) it pays to listen out for a certain character’s footsteps as a gameplay mechanic. Audio is very much a key player in this game rather than simply painting the aural space with noise.

Gamers choose from three difficulty options at the game’s start which opens the experience to all player types. Aside from unlockable outfits, weapons and additional play modes with new characters, an assortment of models and art unlock once the in-game criteria is met. So, with two starting campaigns, and unlocked alternate versions offer up gameplay well into double figures. For newcomers, expect a five hour first run. Subsequent plays and unlocks suggests two and half hours completion time made possible by fully learning the map layout and its requirements.

Capcom’s delving into the past pays off with Resident Evil 2 remake. Not only does it stand up in its own right as a survival cum action experience, but also as a commendable remake of a classic game. Remasters come in many forms these days, often as a cheap way of reliving past glories. However, this game does things right and offers a fresh yet familiar experience. Fans of the original should complain little with what is on offer here. Series newcomers enter the fold with wide eyes. Resident Evil 2 remake is a success and paves the way for a similar revisiting of Resident Evil 3 Nemesis. Resident Evil 2 remake is a highly recommended venture, especially for those who missed out on the original 1998 release. Also offers insight for those wishing to learn Leon and Claire’s origin stories.