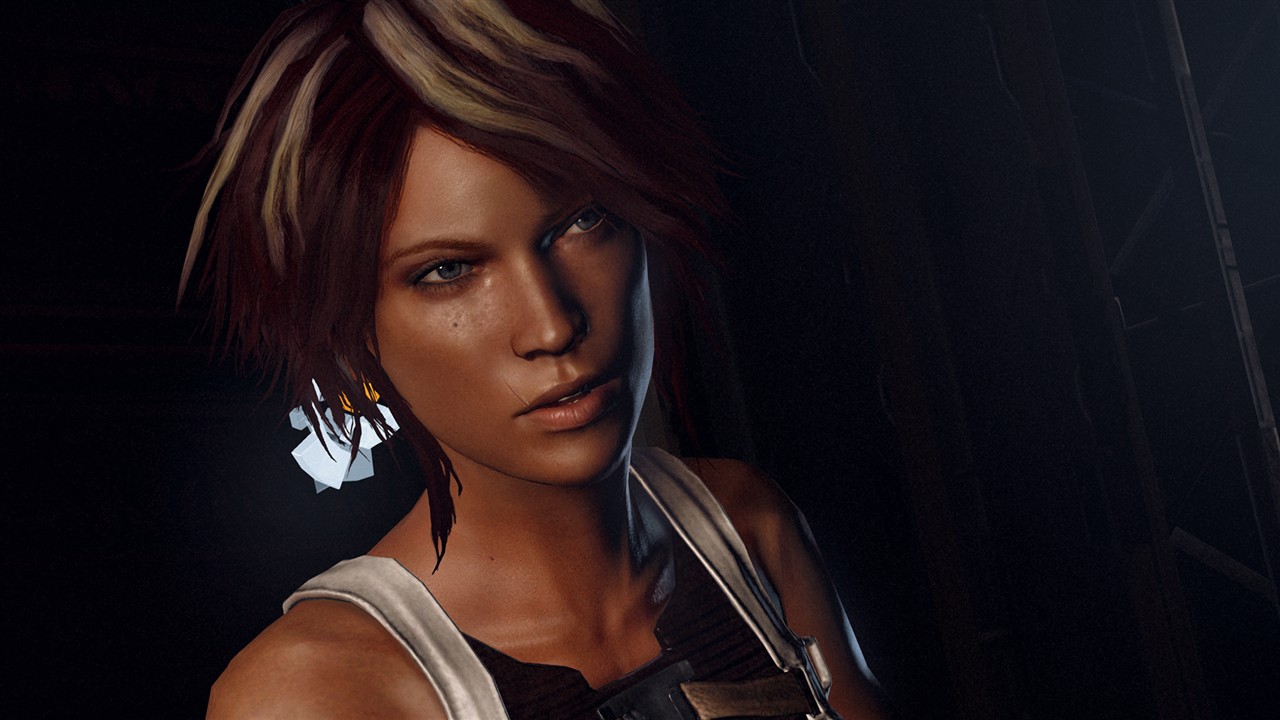 We’re taking a look at Capcom’s other action game which ironically is probably buried and well hidden under the radar for many which in turn makes its title all the more meaningful.

Perhaps the problem lies in the fact that gamers won’t have had any previous knowledge of the game before, and so, much like an awkward moment when someone shakes your hand and says hello, and you’ve not got the foggiest idea who they are, you simply go along with it until a memory is jogged or not. Well Remember Me hasn’t been given as much presence as say, DMC Devil May Cry or in fact, Dragon’s Dogma when it released, and so interest in this game from French developers DONTNOD is probably quite low. Well, having played our way through around half the game over several hours, we can honestly say that the cybernetic and futuristic vision of Neo Paris in 2084 is a very pleasant and insightful experience indeed and one that gamers should become versed in, if it’s only a one time deal.

Let’s get this out the way from the off, the game is extremely linear, and whilst there’s some minor deviations to find collectibles, it’s obvious the effect DONTNOD wanted was to draw players into its ultra modernized, mega-city environment and throw some gameplay in there to keep players involved and moving forwards.

Players assume the role of the character Nillin, a mixed race looking female character who has lost her memories – hence the title of the game. Without going into details about mega corporations controlling memories and selling them, and the fact that Nillin is a kick arse memory hunter, the game’s story serves as a non taxing way of progressing what can only be described as a work of pure artistic genius. You see, aside from Nillin not looking like your conventional catwalk model female character, her surrounds are something to behold which raises a big issue with this, and any other game which falls into the same region.

Many gamers will harp on about how important graphics are in a video games, where to convey the vision of worlds and make them appear more believable developers go the extra mile to focus on appearances, where in some cases the gameplay suffers as a result. Remember Me feels very much like one of those games where, at this juncture at least, the gameplay is in need of a fair bit of tightening to make it a bit more fluid. At present, the game is very playable, but there are some annoyances which could be ironed out such as the poor camera work at times, and fluidity of movement animations. The combat could also feel a bit more natural rather than fighting by numbers, and in some ways the explanation of how it works in game is a little confusing at first.

But if we ignore any grievances with the gameplay – which is in fact quite easy to do in this case – and focus on the looks and one has to simply be bowled over by the intense and diverse artistic direction. Games before, like Deus Ex have created  a vision of a dystopian society filled with clandestine forces quite successfully, but have bathed their products in dark and moody shrouds. Remember Me ditches the neon light filled darkness and opens things up with a full intensity that exposes every nook and cranny and makes for a real eye opening game. There are moments where old Paris’ structures are interlaced with the  futuristic making for a far more grounded vision of the future. Simply put, the artists have done a remarkable job of creating a vision of the future that’s graphically thrilling and filled with touches that enlighten the player far more than the actual gameplay which seems quite run of the mill. There are so many fine moments in the game as Nillin travels to her destination to marvel at even beyond the scenery, where the ordinary becomes the sublime – for example  – entering an apartment that obviously belongs to a lone male and seeing a cleaning bot in one room going about its business, and another seemingly asleep in the bed. It raises thought provoking questions which are never answered but left to the player’s imagination as filler for inconsequential moments of getting from A to B.

That said, and to not harp on too much about the game’s look to be fair there’s a decent  amount of variety in the gameplay to keep things fresh which range from minor puzzle solving, boss battles, and something quite unique, the memory mixes which should have played a more pivotal and prominent role in the game. The memory mixes are memories or scenes which can be viewed and changed with Nillin’s influence over objects within them. Players are at liberty to pause, rewind and play to find glitches which can be tampered with creating a different outcome as a result.  These are cool puzzle like moments but very few and could have played a bigger part in the gameplay giving it a more distinctive and unique feel – the hands on scene direction approach certainly worked well in Heavy Rain.

Probably the biggest problem for Remember Me is the fact that it’s a bit of a jack of all trades game where some good ideas are interjected into a basic template and never properly developed which is a shame. However, from the hours we’ve spent playing, we’re certainly hooked and very keen to see what else is on offer and can wholeheartedly suggest that this will be a fairly unique game to play when it releases on PC and Console on June 7th. If it’s not been on your radar, then it surely should be and perhaps it will be us lot reminding you to look at Remember Me.