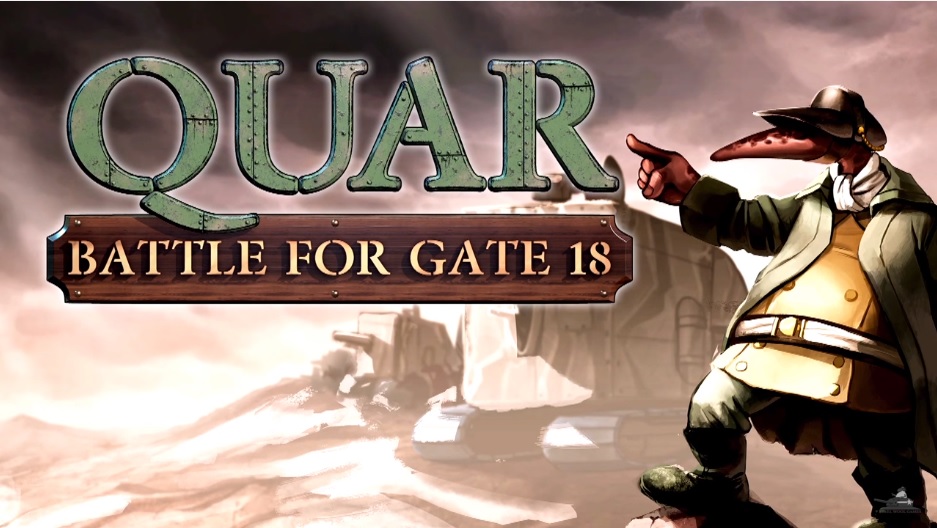 Steel Wool Games released a trailer for its Vive enabled Quar: Battle for Gate 18 which is a turn based strategy game for Virtual Reality available now via Steam.

About Quar: Battle for Gate 18

Quar: Battle for Gate 18 is a turn-based strategic VR experience set in the Grimmsical world of Alwyd. For the last 700 years the Quar have been waging The Long War to a bloody stalemate that has decimated their world. But the balance of power is shifting and Alykinder’s Crusade is attempting to end the war by conquering all the Quar nations. This game focuses on just one battle in one theater of The Long War: the Battle for Gate 18 between the Crusader Army and the Royalist Coftyran Crymuster.

Command cavalry to sweep the enemy’s flanks. Send Baeliog armored tractors forward to shatter hardened defenses. Arm Rhyflers with weapons ranging from the humble Bogen rifle to heavy-automatic shotguns. Rely on stalwart officers to maintain troop morale and to call in deadly airstrikes. But above all, preserve the honor of the cause as you wage the battle for Gate 18!

-12-plus Game Levels: Fight for the Crusader cause from lonely woodland outposts to trenches in the dead of night to the culminating epic battle at Gate 18 itself!
-18 Unique Friendly and Enemy Units: From infantry to cavalry and armored tractors to snipers and heavy-automatic shotguns!
-Upgradeable Base: Plan and prepare for combat amidst a living, breathing base fully populated with Quar troop: upgrade the mechanic’s bays for better tractors, improve the mess halls (and the chow!) for better morale, and construct a hanger so you can call in airstrikes!