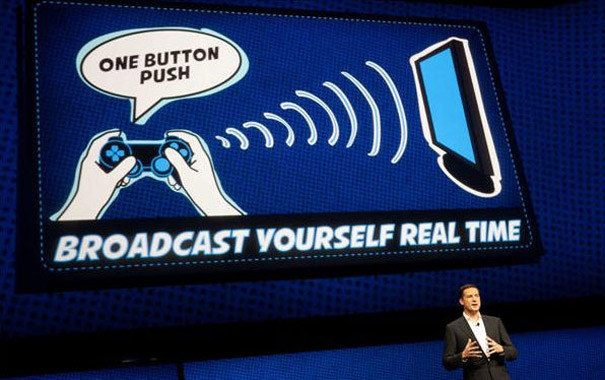 There’s been a lot of speculation as to whether the PS4 share function will allow gamers to upload their videos and screenshots beyond Facebook, well now there’s confirmation that Facebook isn’t the only social media channel that will be available.

Speaking to Jimmy Fallon on last night’s show during the PS4 demo. Sony’s Mark Cerny comments that users will be able to edit content via the PS4 and then share to the wider world  via Facebook, Ustream and Youtube.You can watch the PS4 demo in the video over here.

What isn’t being made clear at this juncture – and following Nintendo’s stance on monetized video game content – is whether Sony will prevent any videos being uploaded in this manner from being monetized.