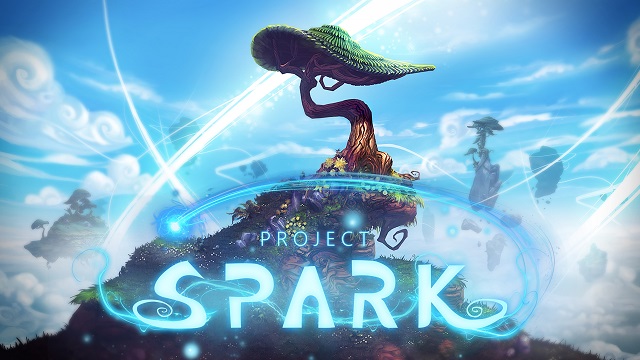 We take a look at Team Dakota’s open world community based Project Spark which allows the creative to run riot and make anything they see fit, and those not so inclined to simply play whatever is thrown at them. Project Spark comes to Xbox One and Windows 8.1 as a free to play title, however, Microsoft released a full retail version which seems odd when what you’re actually paying for is a redeemable download code. Either way, is it worth shelling out for the extras? Take a look at our Project Spark review for the full picture.

Today we’re taking a look at Team Dakota’s Project Spark which is available now as a free to play title via the Xbox One or Windows 8.1 PC. Microsoft released a retail version which contains a disc that includes all the free content, in addition to a download code for the game’s starter pack. The biggest question asked here is what do you get for your financial investment, and is it ultimately worthwhile? This largely depends on how you plan to tackle the game. If you’re wanting to go deep and create something truly remarkable then the more options available to you is no doubt a must. However, if you’re simply going to dabble a little and see what happens, then having an expanded library of props to use isn’t necessarily going to add anything the basic free version couldn’t provide. So for creators, the starter pack which includes Arctic and Alien world terrain options alongside various related themed props is worth while. For those messing around for experimental kicks, then it’s completely unnecessary.

The Starter Pack also includes more of the single player story Champions Quest Episode one to follow which the first chapter is available for free but opens up five more chapters. This is a neat introduction to what can be achieved with Project Spark in terms of level design and progression, but as an actual game, is rather short-lived and reliant on simplistic gameplay which carries through to the rest of the game – button mashing simple attack moves in third person set within a fantasy themed world. More chapters and episodes will be added at a later date but obviously these additions will require further payment, and purchasing the Starter Pack doesn’t grant free access to any future episodes unfortunately.

For a single player game, Project Spark is a bit limited with its official options. The Champions Quest can be completed in little to no time, has virtually no replay value and simply lacks anything worthwhile to consider it engaging enough to want to see it through. There’s a crossroads building tool which allows anyone to craft a preset adventure how they see fit, with a number of choices to be made which affect how the mini-adventure plays out. The results can then be shared with the wider community. This is basic entry level stuff and good fun for those not inclined to go deeper into the impressive tools on offer but is not something that warrants continuous play unless levelling up a specific character to gain more abilities. It serves as a solid introduction but nothing more for the longer term.

Aside from the official content which can also be edited if desired, there are a load of varied community based creations which range from utter nonsense to few moments of sheer brilliance. There’s some dedicated talented creators out there who have contributed excellent mini adventures or recreations of other games such as Flappy Bird, Pinball and even the PT Silent Hills demo. But there’s no real connection between the games and the player like there are in other games. Project Spark ties all activities together using a singular overarching gamer profile that earns XP for using the tools and completing tasks and then silver currency which can be used to buy into some of the extra content – which oddly always appears more desirable than what’s provided such as neat Zombie enemies. You’ll gain silver coins and XP for pretty much everything, yet the cost of actually buying extras with the silver is phenomenal and something that will take loads of time investment, to the point in not even being worth striving for. The silver currency is very much lip service for those who want to create and should be regarded as an underlying bonus. What the game really wants you to do is spend real money on its Gold currency to purchase content, but even then, the cost is quite high if you’re wanting to use some of the more interesting props on offer. So, the Starter Pack opens up a little more and offers around £30 worth of content but this only scratches the surface.

In terms of performance, playing the official content and it’s clear the Xbox One struggles on numerous occasions whereby there’s noticeable frame rate dips when plentiful assets and lots of on-screen action has to be rendered. It’s intermittent, but does impact gameplay in some instances which isn’t very good at all. For the most part though, the game runs relatively smoothly but does mean that full worlds are potentially not going to be as playable as they could be.

Audio throughout is fair and well produced, although there’s one majestic musical theme which runs through a lot of the game which does tend to grate after a while especially considering the hours of time potentially spent with the game creating. That said, for creators, there’s a handy bank of sounds to choose from and the option to record your own via the Character Studio which uses Kinect and can also be tailored to incorporate player movement into its character animations.

For a single player adventure game, there’s much potential here to spend hours playing the official content, then jumping in to the myriad of community created games which seems to be the real heart of the experience. There’s handy tools to search and filter specific genres and even creators, making the quest to find appealing content a breeze. However, with no quality control it becomes a bit of a gamble when delving into some of the offerings at the lower end of the ratings spectrum. In essence there’s a lot riding on the community and in this regard as long as there’s a steady supply of creators you’ll find some real gems amongst the average and unfinished. Its community as a resource can only grow with time, so in a way the prospect for future content is key to how much time is spent playing.

For the creator, there’s quite a lot on offer beneath the surface in terms of the tools to build and populate AI which are actually quite complex to the point of leaving the average gamer in a muddle. However, the props which give each world its personality are severely limited and means even with the most expressive imaginations the overall look lacks uniqueness due to the limited fantasy artistic direction the game uses.

For gamers dabbling in creating simple content, there’s a lot to learn, in fact too much despite its seeming simplicity. Getting even basic things to work isn’t as straight forward as expected, making it essential to head online to various community websites or Youtube for tutorials. In this regard, Team Dakota’s efforts seems to have fallen short as there are no in-game tutorials for the more common and complex actions gamers are most likely going to want to experiment with. This is a massive failing for getting newcomers to want to try and create something themselves, as what is provided by way of instruction is excellent and really easy to follow but simply missing all the essential stuff. In its defence there is potential for more tutorials to be added in the future or with a bit of searching, some of the community levels offer templates to copy over. But it’s all hard work for little reward which means the majority of dabblers will be overwhelmed and have their dreams crushed – anyone can play video games, creating them is an entirely different ball-park.

Project Spark is a likeable, ambitious game that’s been released with little to no fanfare and seems to be an entity that has potential to grow into something much bigger and better over time. It’s perhaps a little complex for most in terms of creation, but still interesting to mess around with for those who have the patience and time. The creative elements aren’t as intuitive or accessible as games such as Minecraft, but then again, the options are far greater here. In its entirety, if you’re willing to seriously create and play with all of its features then the Starter Pack retail or via download is a sound buy and will provide hours of enjoyment depending on your dedication and skill. There’s a lot more on offer beyond the Starter Pack that comes with an additional premium or days and weeks of time playing to unlock, which is a shame the cost of these extras are so high. For those wanting to dive in to a single player game or dabble in creation there’s not a lot of additional official content included where the basis of the game relies on its community creations which come with varying degrees of quality and are reliant on an online connection. In this regard it might be more prudent to wait for more creations to be included or simply opt for the free version and expand later.