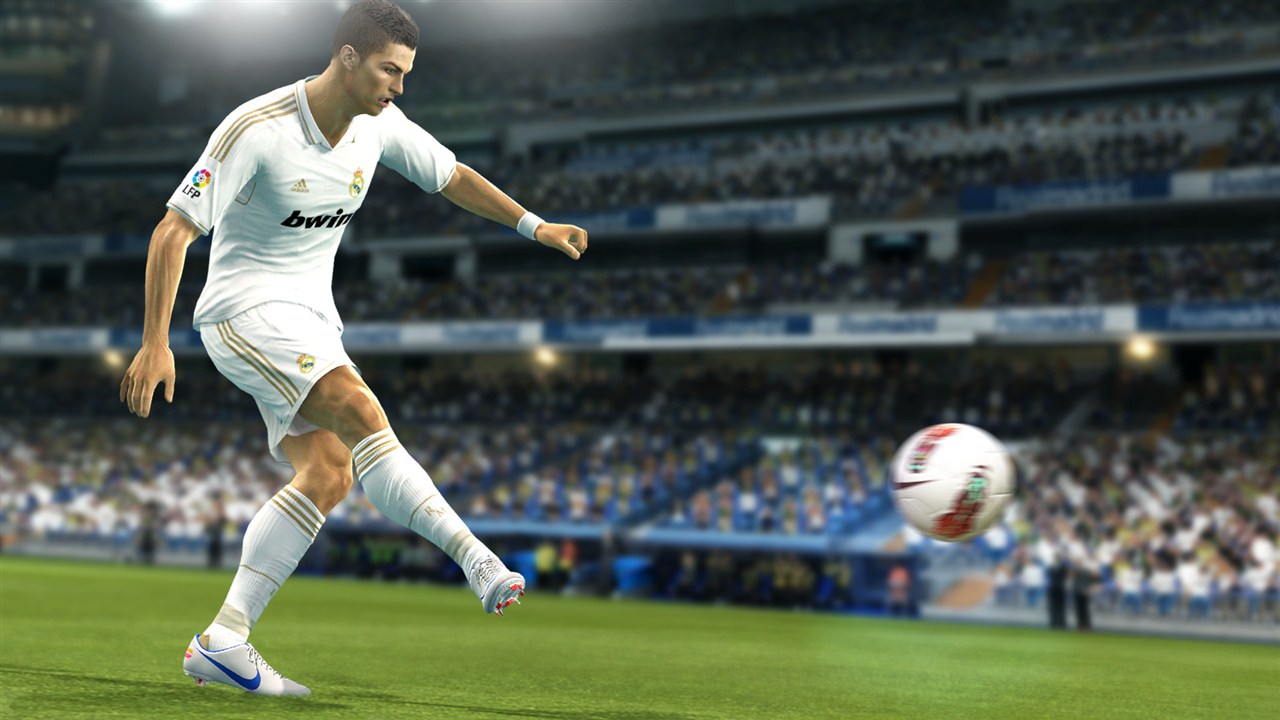 The PES series has lost its footing in the past few years, with FIFA emerging quite convincingly as the clear favorite of the two. The once great king of football sims has had to stand in the wings as EA’s champion has soaked up all the admiration, and the PES faithful have found it increasingly harder to justify sticking with their golden boy. If Konami have anything to say about it though, and more than anyone else they most certainly do, then that all ends in 2013.

Aiming to get back on track and reclaim the crown of best football sim, PES enters the field calm, confident and collected, with enough up its sleeve to make the debate over which title is the strongest actually interesting again. 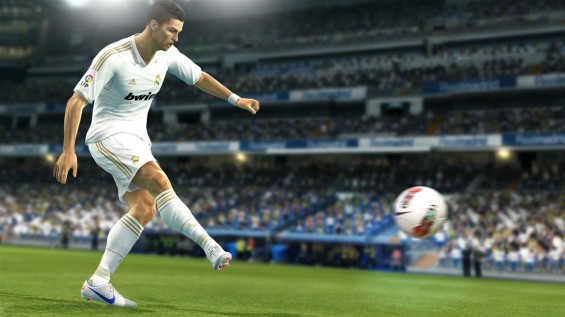 Right off the bat, the latest version of PES feels a lot more solid and complete than previous years. The gameplay is improved, shooting and passing seems much more controlled and deeper than ever, allowing players to play the game the way they wish to play with much more speed and precision, and there are even new tricks like flicks on and instant control to master. And master them you must if you wish to stand any hope of competing at the highest levels here. PES has always been great in that new players can pick it up right away, but there’s an unintrusive hidden depth that veteran players can really flesh out and become great at, the two running seamlessly side by side. When some games demand a gamer play for hours in order to get to grips with their mechanics, PES succeeds in its uncanny ability to be enjoyed by gamers of all skill levels. It’s easy and quick to play, but rewards those who put in the hours to master.

A full training mode introduces you to all these new, nifty features, and indeed, it will take some time to master them all and become the player you know you can be. But in all honesty, the more time and effort you put into pulling off a sequence of dazzling moves, fancy footwork, pinpoint passing and perfect timing that results in what looks like an effortlessly placed chip over the keepers reach, the greater the reward when it finally hits the back of the net, in short emulating the glory and sheer triumph of the real game itself. 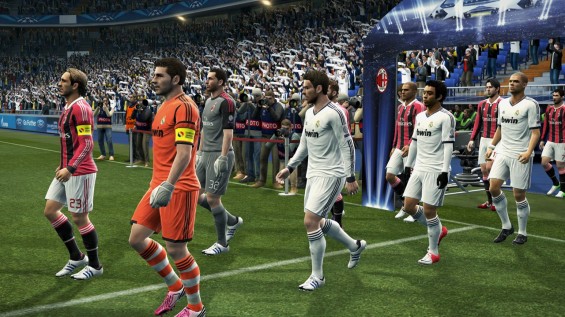 Or, the greater the sense of having your heart ripped out of your chest when you’ve conceded a goal in the final minutes of a match after hitting the wrong button, messed up your timing and made a complete botch of defending the attackers run. Such are the highs and lows of the real game itself, and in this sense, PES is utterly faithful to its spirit.

Where FIFA is generally great at looking and feeling like the real thing, PES has always tried to play like it instead, trying to capture the pace and excitement of the game itself. In that respect, it’s rarely off its game, and in this area, the 2013 version is at its pinnacle.

Visually, the graphics have also improved, and although licenses aren’t official, the likenesses are pretty bang on regardless, more than making up for it. They look as good as always, and move better than ever. The same can’t be said for the commentary though, with it being almost amusing how bad it can be each year, but I suppose it wouldn’t be PES without it now would it.

Where the style of the game is intended to keep you away from the competition, the intended lifespan of it is that the developers want you keep you hooked for a whole year. To do this, the Master League function has been improved, as well as Become a Legend, Online, Champions League and Copa Libertadores to ensure hours, days, even weeks can potentially be poured into the game. Downloadable data to keep rosters updated aims to keep it fresh with late signings too, as it can be frustratingly annoying to have to wait a whole year for the next game just to see the latest big signings where they should be. 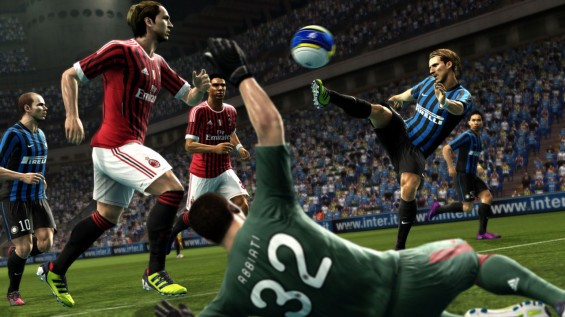 While PES 2013 definitely does enough to get back on track and improve on the previous few years releases, and provides more than enough to keep fans hooked until the 2014 version, it’s still not quite enough to topple FIFA from its throne. Which isn’t a bad thing, as this is quite clearly the finest PES title this generation. The only problem is that it’s going up against the finest FIFA this generation too, and when all the cards have been dealt, FIFA just takes it.

But, given the momentum now behind PES, next year might be an entirely different story indeed, and the game certainly has enough tools to make it happen. It won’t convert Fifa fans, but it will delight the Pro Evo faithful, and for most gamers, that is all that could be asked of it.