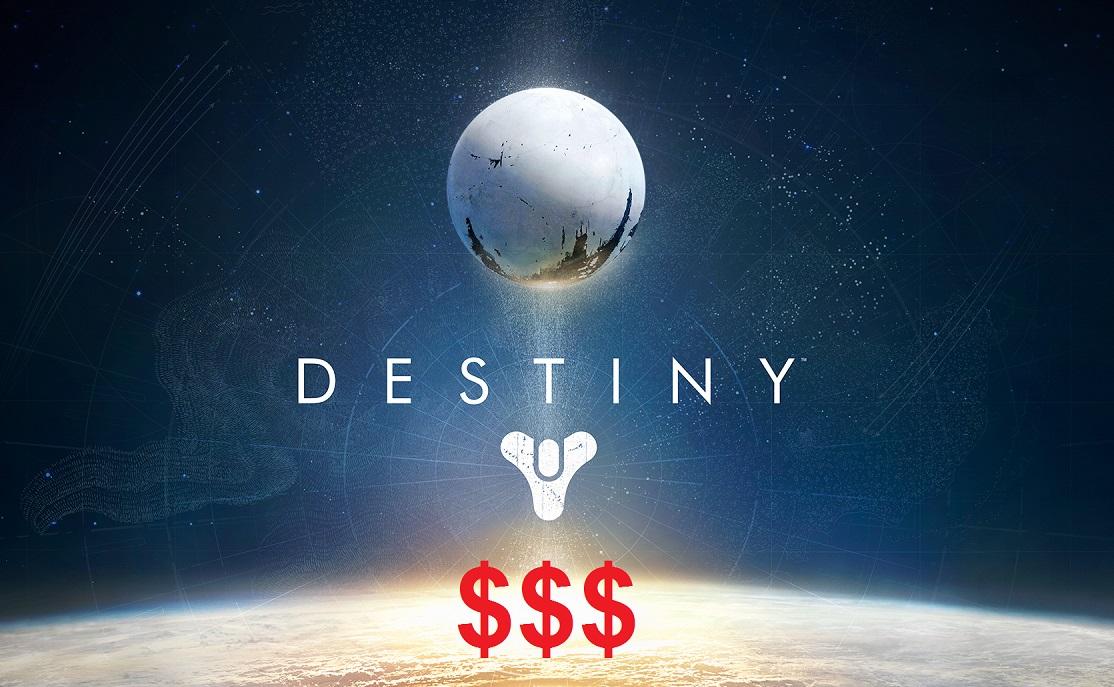 Scouring some of our usual haunts we came across the following thread title on a popular gaming forum which read “Please Destiny let us use real money” complete with a reference to FIFA 14 transactions for player packs and the idea that the author loves Destiny and is well willing to spend real money on making their character look more unique compared to his or her peers.

“For more unique customizations such as armor and weapons.. In fifa 14 we use real money as well to purchase player packs.. I love your game and i am willing to spend some for more items.. I just want to be badass looking”  – hulkzenit

Whether the post is genuine or not, it raises quite a number of issues which have been well documented ever since the Horse Armour appeared for The Elder Scrolls IV. There are essentially two sides to this issue which we’ll explore in a little more detail. 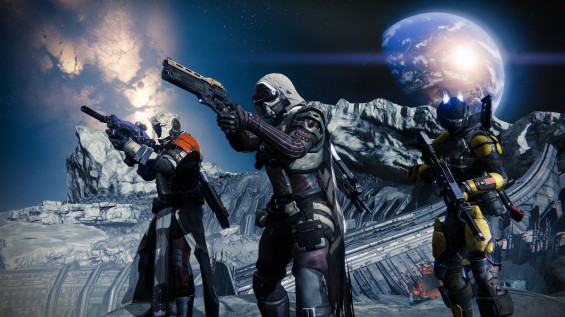 A Gamer called hulkzenit has no problem paying for extra items in Destiny and causes huge uproar on popular gaming forum by posting  a thread called “Please Destiny let us use real money”. DLC is considered bad by some, good for others depending on how much time you can invest playing (or how much money you have to burn). Article concludes that pay to win is bad if the game mixes this model with regular gamers and that DLC extras are simply a sign of the times and is fine as long as the content on the original purchase remains good value.

So to begin you might ask, what’s wrong with this request and empathize with the person who simply doesn’t mind paying for extras. Downloadable content (DLC) is a huge part of gaming now and comes in all manner of forms where most big budget games offer extras for pre-order and post release. The idea that there are many gamers who don’t mind committing or dropping a few coins on a bit of armour just to stand out somewhat is understandable, and like anything involving gaming, isn’t being forced and is entirely a personal choice. There’s also a matter of differences in perspective which is touched upon in the thread in question. For a number of gamers they don’t have the available time to sink X number of hours into a game to get all the cool rewards should they be locked away in more traditional methods of acquiring them. So it’s understandable that DLC is a godsend which enables them to get more out of the game for a small price. With this in mind, is it wrong then for those in disagreement to suggest that these gamers are a blight on the gaming industry and are aiding the cash cow mentality publishers seem to be adopting with major franchises like the aforementioned FIFA series. Gaming has evolved and as the saying goes, time is money which is enforced in this fast paced world we live in where everything is about speedier access – fast food, fast cars, fast internet etc. So it’s only natural that some people are going to be prepared to pay a little extra to have access to content quicker than if they have to spend hours playing, even if it means foregoing getting the content for free. 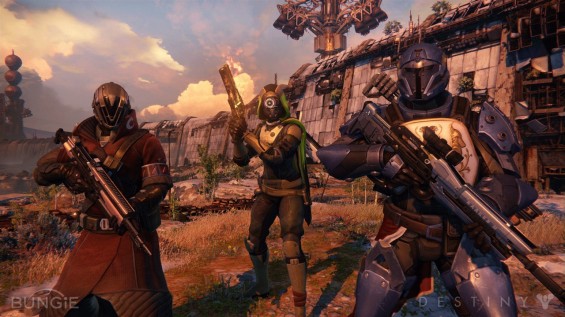 If you were gaming pre the digital age then you’d be well aware that extra content would have to be included in the medium in which it was purchased i.e disc or cart depending. There were no options to send patches out to gamers to add or unlock content (or fix any bugs). Once a game was finished in production, that was it, and  any issues couldn’t be addressed, so developers had to make sure their games were playable and complete. This often meant cool secrets being included such as unlockable outfits for beating a game or hidden easter eggs (even glitches) to find for those willing to spend the time hunting for them. There were also codes which could be input into games where for most people the only way to find out about them was by purchasing or borrowing a gaming magazine and flicking through that to see what cheats and codes could be used. An endearing time indeed before the Internet boom which meant information of this nature was not easily shared and accessed, and as a result, made them feel more rewarding to acquire. Fast forward to today’s games and the situation has changed dramatically, to the point where unlockable extras are seemingly less prominent and the rise of DLC being accepted as the norm for getting extras; despite being hated by a number of old school gamers.

The biggest complaints towards the Destiny thread in question has been towards a ‘play to win’ model which some developers use to great effect where gamers can buy extra rewards or more potent gear to get a one up on their non paying rivals. This  model could be damaging to a game like Destiny in terms of balance, where the age old argument of “why should you care what others are doing if it doesn’t directly affect you” is banded about, or “what right do you have to dictate how I should spend my money”,  isn’t applicable because ultimately play to win does affect non paying players. Yet, when it comes to extras such as costumes and armour the issue becomes less impacting and therefore more acceptable but not necessarily agreeable. However, some gamers simply don’t agree with DLC in any form and hold the sentiment that those who are willing to pay are fuelling a worrying economy and feeding an enigmatic trend of content being deliberately cut from games to be sold as extras when a few years back they would have been included on the disc for everyone to use as part of the original purchase. It’s easy to take this view if you’re coming from the old school, or a conspiracy theorist as it can’t be proven, but then again, the entire gaming market has changed over the last 10 years where DLC is perhaps a necessity. Rising development and marketing cost, an influx of similar themed games to compete with, a fickle, vocal gaming community fuelled by social media platforms are very real factors in this cause and effect scenario.  So in some ways it’s easy to see why this is happening, but still there’s a personal choice whether to aid or ignore it.  Naturally some are going to suggest that by simply ignoring the issue, won’t make it go away and therefore, champion the cause for gamers to speak with their wallets on the basis of if no one buys the DLC, then developers will stop producing it.

Yes or No then?

It’s a tough call from both angles as gaming should be accommodating for everyone, in fact, it has to if it’s to survive. So, if there’s an audience in the marketplace willing to spend on extras, then why not? Pay to play is inherently bad, unless the product is solely geared towards that model. However mixing it in with more traditional gaming does and can be problematic, not necessarily in real terms but in sentiment. Should gamers be concerned if those who pay have better gear than anyone else, then perhaps yes. Yet in reality, if in a game and someone has cool items, does it really matter whether they invested the hours to acquire them or cheeped out and paid for them? Not really, but does mean the value of such items are greatly diminished in terms of desirability. What was great about games like Phantasy Star Online from the old Dreamcast days on dial up, was the fact that rare items were amazing to find and that anyone could get lucky with sound time investment. You could then trade with others for items of value with in game currency and similar rarities.  The economy  in these  MMO type games thrive on rare items and is a huge part of the hook to keep players coming back for more. Sadly, in this case hackers disrupted the economies of Phantasy Star Online, but this wasn’t the fault of the game by design rather the determination of some to cheat the systems.

DLC  items partially addresses cheating by making them available to anyone willing to pay, leaving the issue of what’s actually included with the core game the mainstay of any arguments against it. As long as Destiny allows gamers to find unique items from prolonged play or good fortune as you’d expect that differ from those being offered as DLC, then there’s really nothing to complain about. Maps and extra levels are a different ball game which are seen as a good thing if the original game isn’t incredibly limited to start with.

In a nutshell, as long as there’s reasonable balance, and value for money from the original purchase, then there’s certainly room  and an acceptance for DLC extras. So in the case of the “Please Destiny let us use real money” thread then sure, the person making the request has every right to, and isn’t wrong or turning gaming into a sad state of money grabbing affairs. Sadly, the lack of transparency over the costs of production doesn’t help in allaying the fears people hold against DLC, but at the end of the day, as long as the games provide the expected levels of entertainment, then no one really has any grounds for complaint. The bygone age of everything  being included in the original purchase is gone and likely never to return, which is fine as long as it’s not at the expense of some extras or bonuses being a part of the core game. In Destiny’s case, there’s an abundance of unlockables as standard so therefore, DLC items that change the looks of the character shouldn’t be an issue.