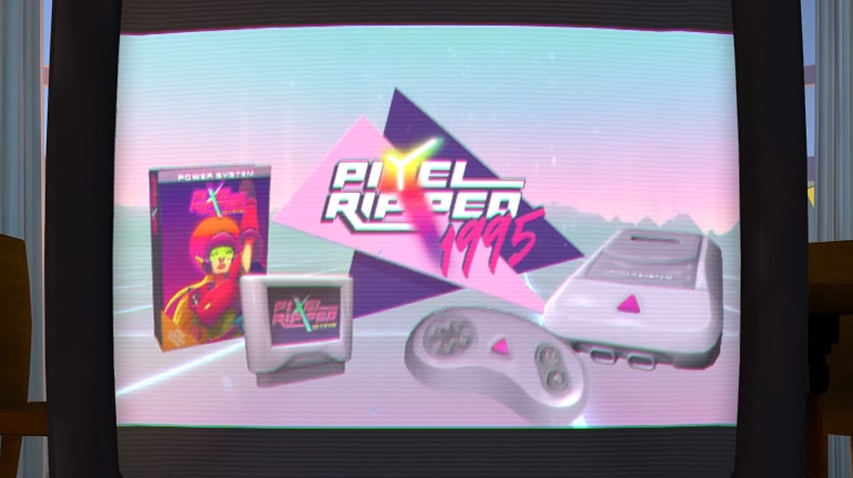 Head back to the 90s in VR with the next Pixel Ripped game, aptly name Pixel Ripped 1995. The game comes to the Oculus store for both Rift and Oculus Quest. The game will also be available via Steam for other VR headsets. Check out the trailer.

Pixel Ripped is back with a brand new nostalgia-fueled virtual reality game-within-a-game, this time in the year 1995! To restore balance to multiple dimensions, our videogame hero Dot recruits the help of the best gamer from 1995, an unassuming 9-year-old boy named David. Join this unlikely duo through challenging throwbacks to all your favorite classics from the late 16-bit and early 32-bit era of games inside a virtual reality world. The game evokes a genuine nostalgic feeling, such as the adrenaline of playing games without getting caught after your mom told you to go to bed, or the thrill of finding that brand new game at the store. You have to do all that and more through multiple environments – including your living room, bedroom, the local video rental store, the arcade at the pier, and more. With 6 fully original and highly differentiated levels, where each one feels like an entire new game, Pixel Ripped 1995 is an incredible journey for both VR and retro gamers.