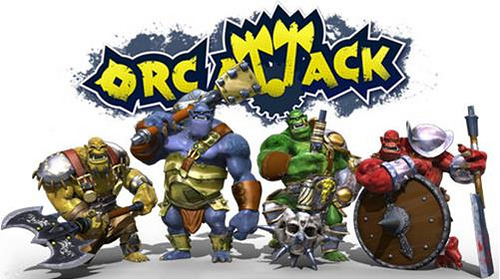 Casual Brothers has announced today that Orc Attack: Flatulent Rebellion will launch on October 9th 2013 and will offer some rather pungent four player co-op. Take a look at the release date trailer for more insight and smells from the game.

Fart or die in this gas-and-slash action game, where fun-loving Orcs battle pollution spreading Humans in a humorous fantasy setting. Orcs have become victims of brutal Human expansion, as they are carelessly poisoning the environment. Now, four trained Orc heroes are retaliating with a not-so-silent yet very deadly plan. In either single-player or up to four-player co-op, gamers will take on the role of Orcs, each wielding a unique gaseous ability, and then take the fight to the Humans in a stinky, fart-filled romp.

In Orc Attack, players will enjoy a variety of gameplay features, including two different gameplay modes: The Magic Mode, in which Orcs perform magical spells with devastating effects on their enemies; and The Dirty Mode, in which Orcs produce vile and dangerous gasses creating explosions and other devastating effects on their enemies.