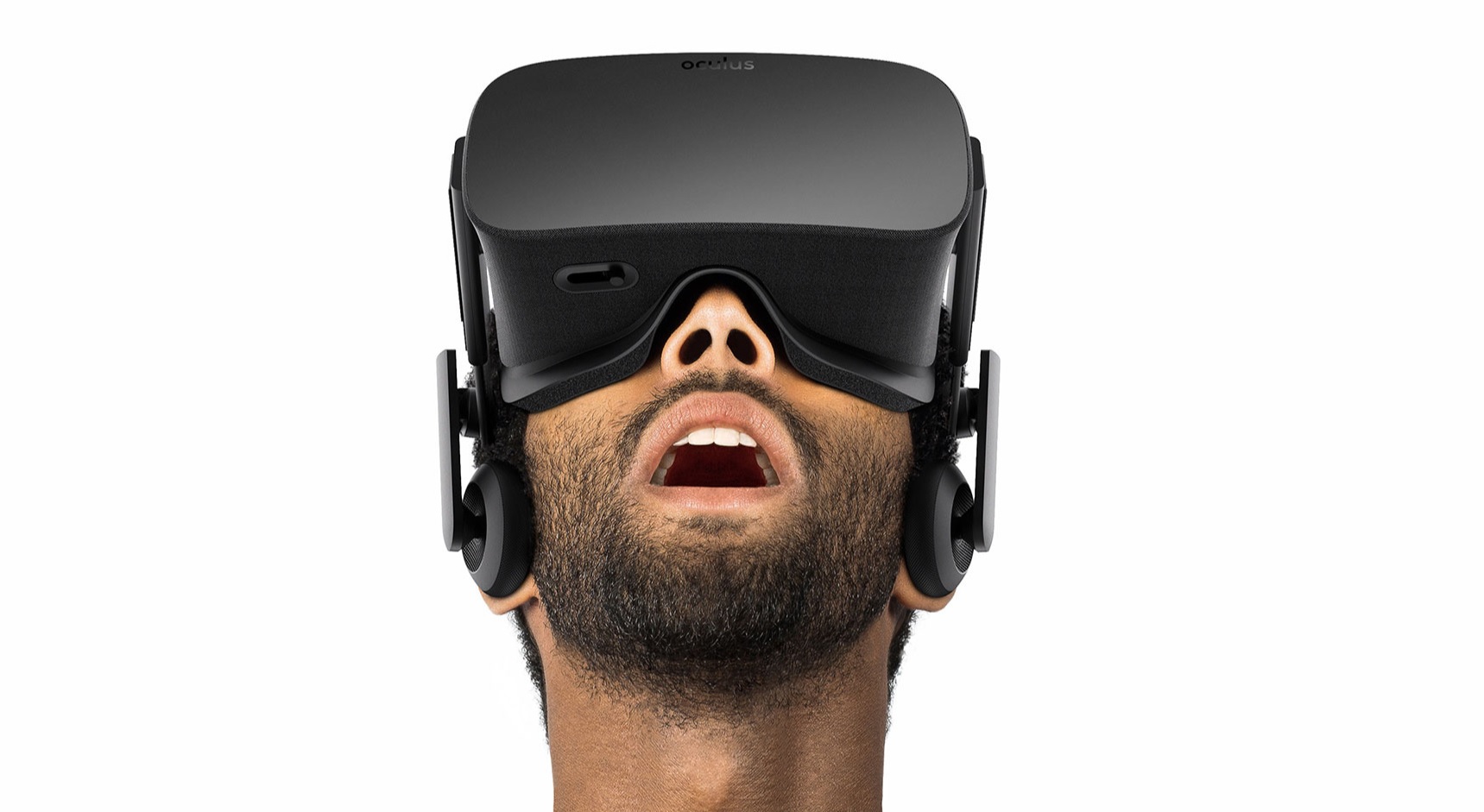 As expected the Ebay vultures are out in force with the release of the consumer version Oculus Rift which if you pre-order now won’t be delivered for some months. So, to skip the long waiting time and if you’ve got more money than sense you can resort to buying off numerous sellers on Ebay at an incredibly inflated price of course. The highest we’ve seen is offering the Kickstarter Edition CV1 for $3499 as a buy it now option and will ship immediately (see image). There are others on sale for more modest amounts (around $1800 USD) but still prey on the fact that some people won’t want to wait in line to get the Rift officially at half the cost. Ebay is notorious for being an outlet where sellers grab as much stock as possible of devices likely to sell out to then offer them at extreme prices. It happened with the PS4 and Xbox One when initial supplies sold out. As we live in a free capitalist market in the US and Europe Oculus or any other company are powerless to prevent this even if restricting orders to just one per customer. 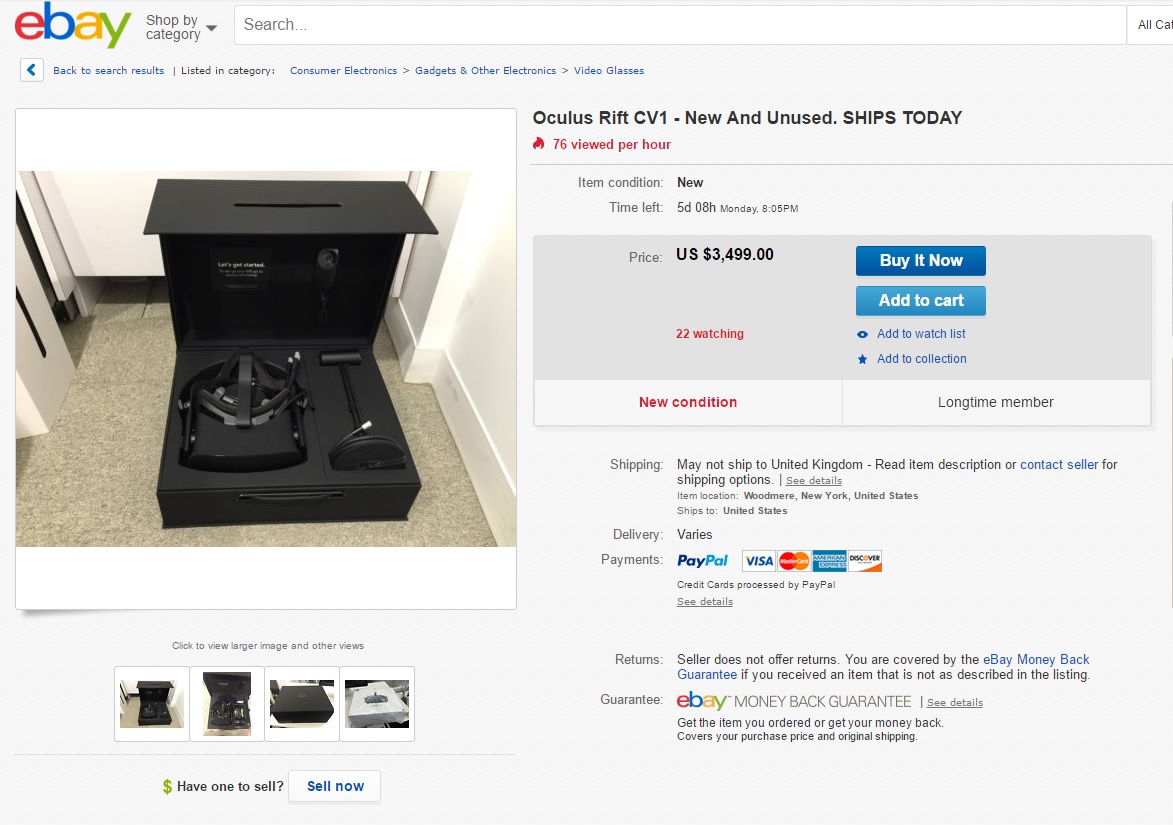