A new advertising campaign has emerged today in association with the UEFA Champions league which showcases the PS4 being an official sponsor. The advert appeared in one of the UK’s free newspapers and shows off the PS4 controller. Interestingly it also suggests a release of the PS4 in 2013 which will be music to many gamers ears who feared the console could slip to 2014. Take a look at the advert courtesy of Metro UK. 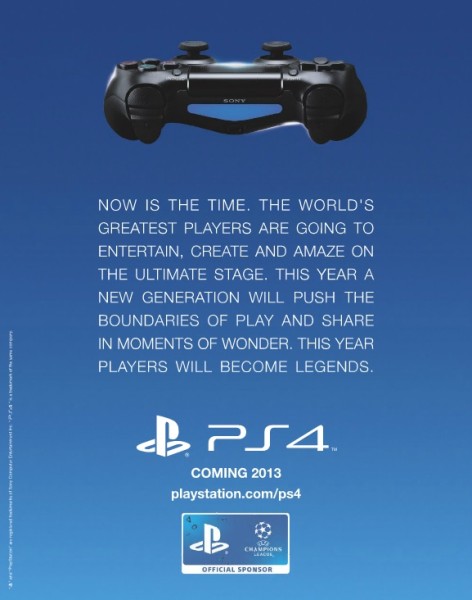