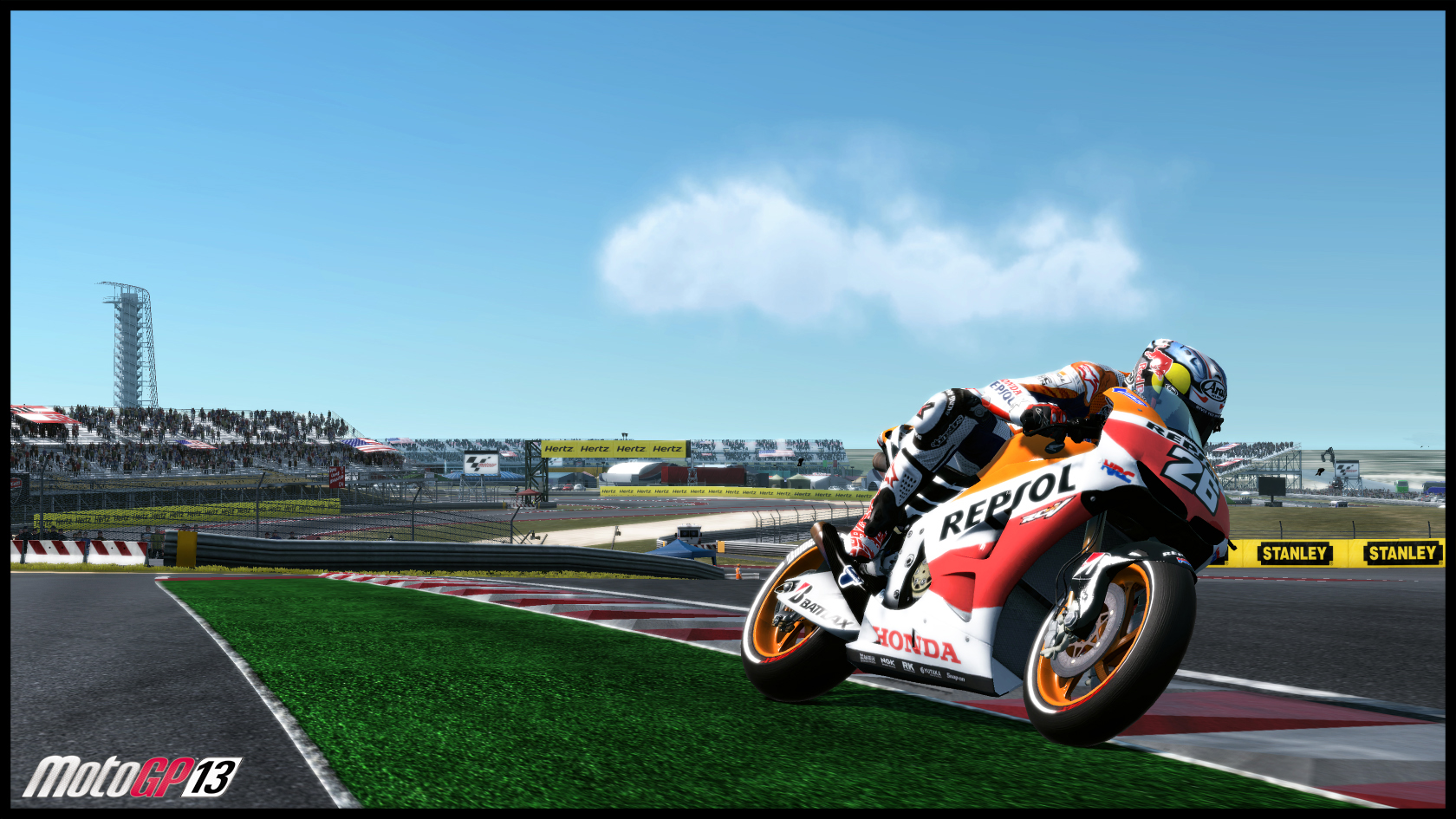 Today we take a look at Milestone’s latest two wheeled racing game in the form of the just released for consoles and PC Moto GP 2013. The series is long running, and so after all these years producing bike racers, has Milestone bested their previous efforts.

From the offset, Moto GP 2013 offers the basics you’ll find in any simulation style racing game. Grand Prix, Instant Race, Championships, Online play and the obligatory meat and two veg career mode – there’s even some old school split screen shenanigans thrown in for good measure. The modes all share the theme of racing either part of the full race experience including qualifying or jumping into a three lap race with little nonsense. The career mode is the best place to begin the adventures as players work their way up the three bike classes over a period of seasons – which include the full roster of  18 tracks. The game offers a sort of management interface where players can change teams, check the standings and read emails from sponsors and management. Sadly, this isn’t used as an integral part of the game with any impacting decisions bar what bike to use and therefore can easily be skipped if desired. Perhaps this is deliberate, but does leave lots of room for a bit more depth to this area. 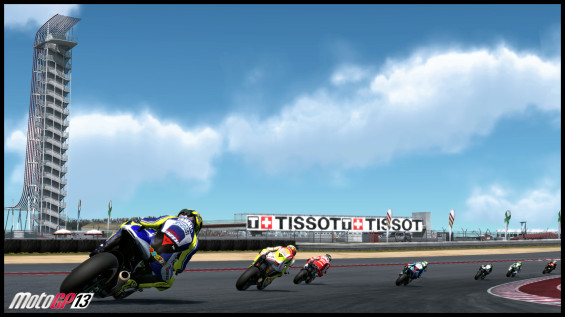 The racing itself is fairly tame with all the assists turned on (default setting) making an easy game for newcomers to fare very well in the opening races. Once the handling is mastered, players can then experiment between each meeting to see what works best in keeping the game challenging but fair. There’s plenty of excitement on the tracks as masses of riders fill the screen making it tough to get past easily. Naturally with penalties turned off, and a handy rewind option means players can charge in like a bull in a china shop – but it’s pretty unsporting considering the AI tends to give way.

What is neat, and works across all modes, is the player’s reputation and level which increases as races are entered and potentially won or lost. It’s a worthwhile inclusion unlocking extras and adds something to aim for when repeating the same races over and over which can get tiresome. 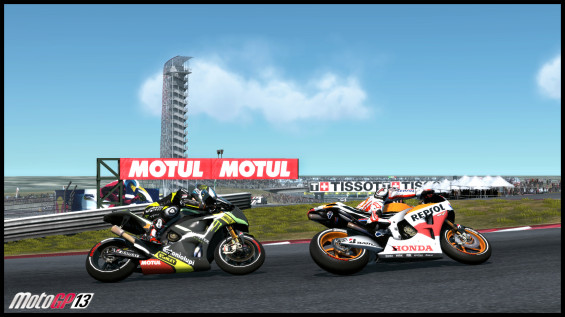 Graphically, Moto Gp 2013 looks the part with good looking bikes and liveries and not being too dissimilar to its predecessor, whilst there’s  good lighting and an influx of changeable weather conditions – not during races – makes for a functional looking game.  The sensation of speed is reasonable, and there’s an extremely immersive head cam viewpoint to toy with for those who want the full experience. Sadly, there are frequent dips in frame rates especially when there’s lots of vehicles on screen at once, this is pretty poor and perhaps shows too much ambition for cramming in so many bike models at once. That said, the game remains playable for the most part – although the loss of frames is something Milestone should have ironed out before release.  Unfortunately, our copy of Moto GP 2013 has crashed several times post race and before autosaving which has proven a pain especially after several intense victories. 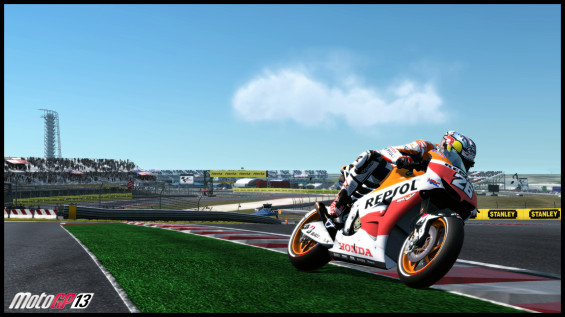 The audio isn’t bad, but not great either, and whilst there’s some sporadic menu music to tap away to, a spot of commentary at race introductions and standings, the actual game is devoid of meaningful effects bar the buzz of the bike engines. Beyond this there’s no real noticeable ambiance including the audience which seems a little cheap not to include.

Moto GP 2013 offers plentiful hours racing the 18 circuits, setting up custom championships or heading online and taking the battle to the community.  The split screen is a welcome inclusion, and there’s even an achievement tied specifically for it which is a nice touch. For fans of pure racing, then upping the events to full meetings will provide all the thrills one would expect so in this regard there’s certainly monies worth. 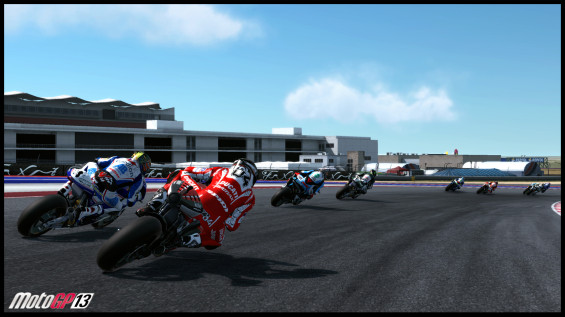 To conclude, Moto GP 2013 is a solid racing game that will no doubt please fans of the current roster and an exercise in reliving the world circuits once more. There’s a fun and accessible game here which is great for newcomers as it offers forgiving AI and easy handling thanks to its tuning options. If you like two wheeled racers then Milestone’s latest effort is worth checking out. If not, then it’s likely this one won’t turn any heads either as it very much feels like racing by numbers.