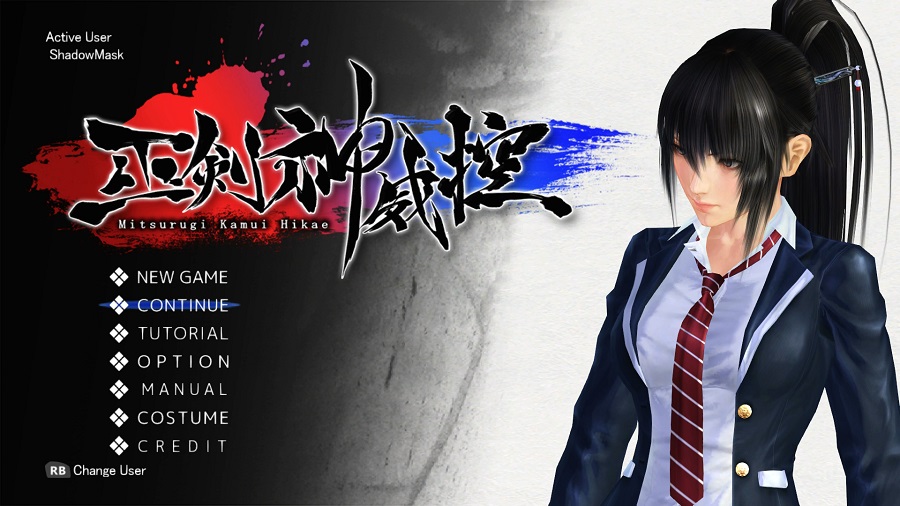 Mitsurugi Kamui Hikae is a hack and slash arena based game which released on PC quite some time ago and now rises again on Xbox One/PS4. You control a samurai maiden schoolgirl who is tasked with retrieving a demonic sword from her once best friend. Basically it’s an excuse to tear up some generic looking enemies using a variety of attack moves whilst taking down the odd boss or two over the course of the two hour story. 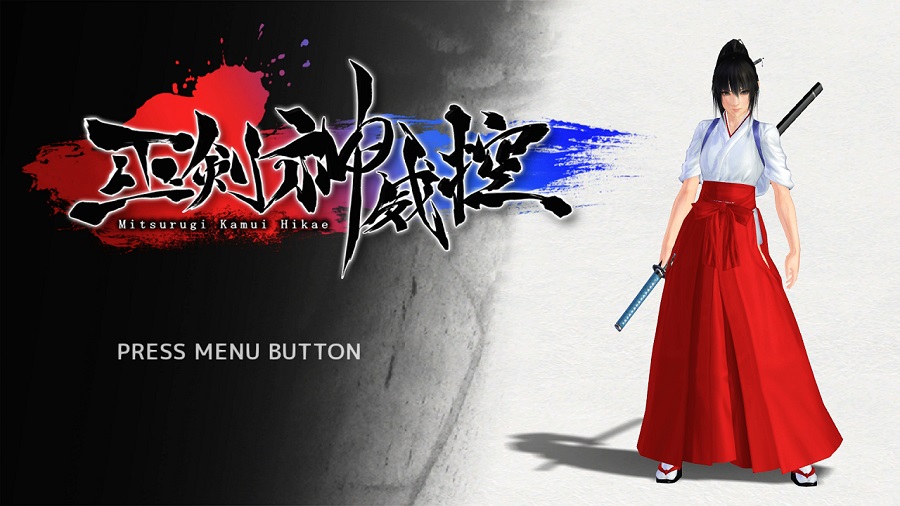 Ultimately this is a game with no bells and whistles and merely sets up to provide basic actions against waves of robots, weird guys in coloured suits and monstrous looking bosses. You’ll tap the Y button to attack, charge up attacks, counter, evade all the usual stuff you’ll see in a hack and slash game and build up Devil May Cry stylish points and absorb orbs for experience which can then be used to upgrade the character’s abilities and add more moves. It works, and once you figure out what needs to be done it’s pretty easy to play – on Easy difficulty that is. It’s one of those games where once you’ve levelled up a bit becomes much easier to beat and move on to harder settings, whereas jumping in at the deep end is cause for frustration. There’s a fair amount of cheap attacks the AI uses (especially the last boss) and can cause a stumbling block. So in this regard to avoid any hair pulling starting on Easy is a viable option. 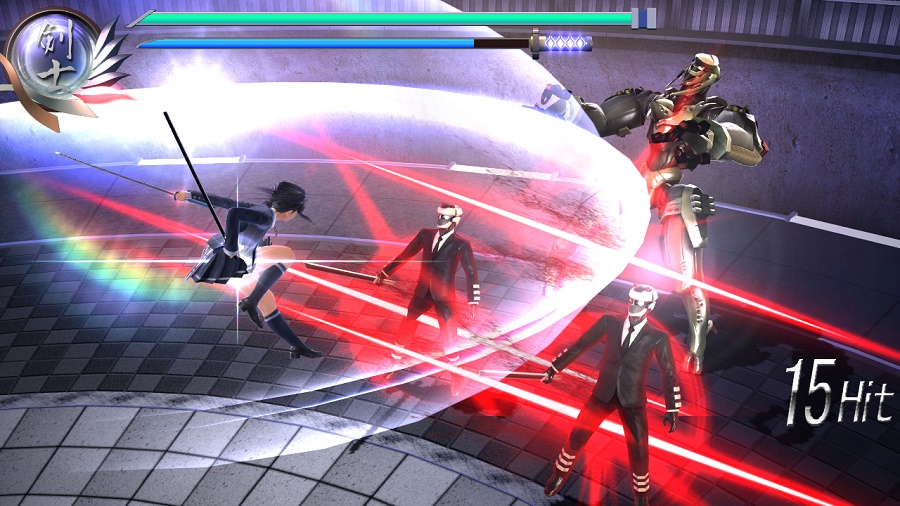 The game’s visuals are a mixture of decent looking main characters and generic robots,thugs etc. set within some really lacklustre locations. There’s only a few arena playgrounds to fight in with no obstacles to be mindful of so it’s just you versus the enemy. It’s a really simple looking game and could have benefited from some intricate level design to give it more purpose. There’s also some stiff animations with horrible frame data, fused with some that work surprisingly well. With a smooth playing operation it means the game doesn’t suffer any technical issues at least which is good.

Audio is a bit muted with a screeching soundtrack resting in the background and very few scenes which command a bit of dialogue. The rest is a limited selection of repeated grunts and groans and spot sound effects which become tiresome all too quickly. A bit of variety would have been nice in this area given the sparsity of everything else. 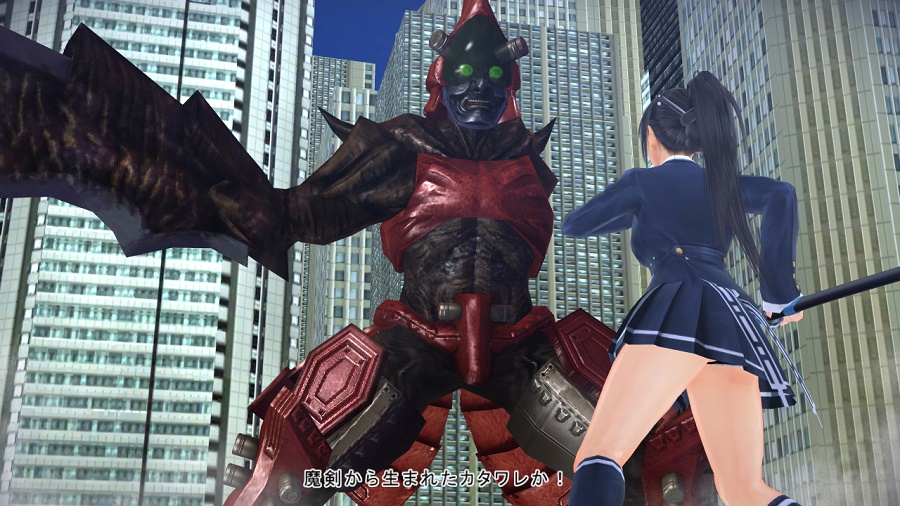 The game can be completed in a few hours and it’s questionable whether it’s worth enduring it again for repeated plays. It’s all very repetitive and even after a two hour session there’s feeling you’ve seen enough and have no will to carry on. You can unlock additional outfits, but aside from a cosmetic difference there’s no real reason to strive for these. As mentioned the last boss on Normal is extremely cheap and cause for swearing and for some giving up entirely. It just seems like the countering is flawed, the parry system way too hard to pull off effectively and the fact the boss has invincibility frames which mess with your head. Whilst not unbeatable, the final moment comes as hard punishment considering how easy the rest of the game is up until that point where the regular foes rarely attack.

Mitsurugi Kamui Hikae is a cheap game that offers a few hours of entertainment, yet when stacked up against more accomplished opposition can’t really be recommended. There’s an attempt at sexiness with the up-skirt shots of the lead characters, but there’s nothing here to warrant a purchase unless you’re really desperate. Whilst the game is certainly playable, it’s just too lacking in features to warrant any time being lavished upon it. A bit more depth to the story, more stages, a wider variety of enemies and some better level design could have made this a more interesting prospect. As it stands the offering here is repetitive, dull, uninspiring and aggravating.