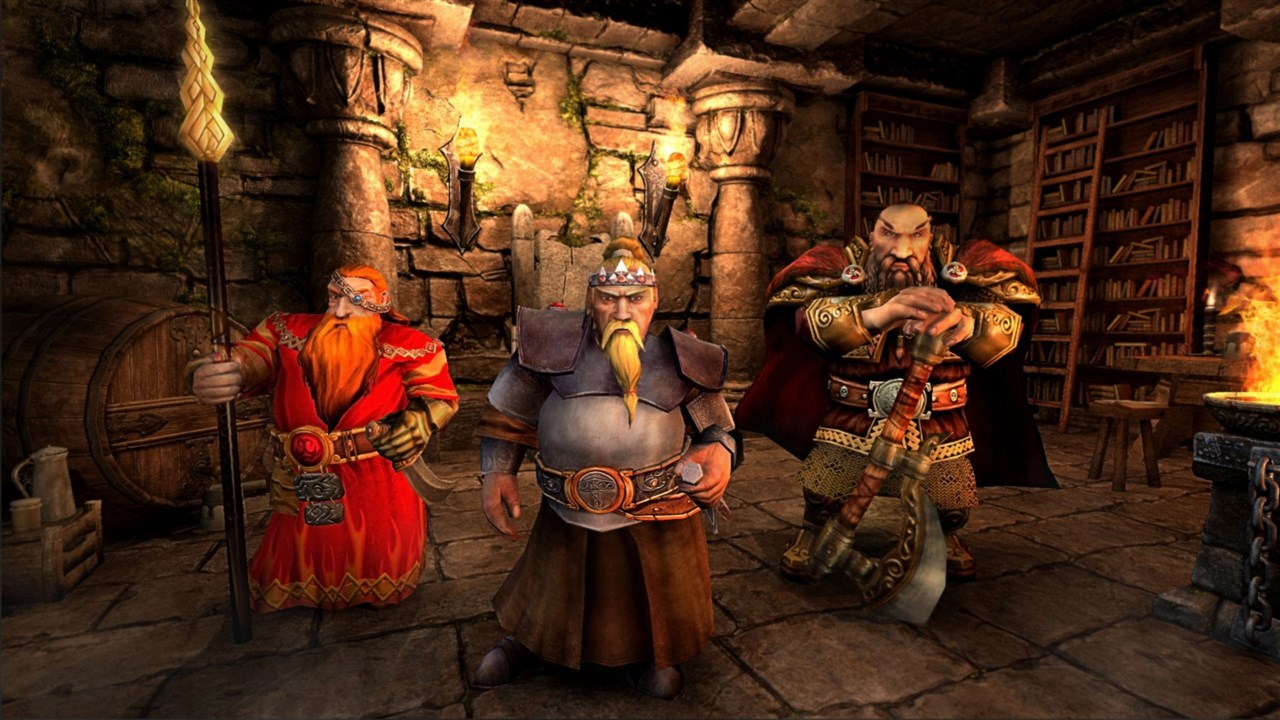 Today we’re taking a look at Ubisoft’s first person turn based role playing game Might & Magic X Legacy which is available now for PC and allows gamers to sink many hours into its dangerous and intriguing world. The game is set within the time frame post events of Might & Magic Heroes VI but any knowledge of the lore or history is not really a requirement to dive in and enjoy the game and its story. Players take control of a party of four adventurers who fight their way through the dangers of an ever changing political landscape, form allegiances and generally use the time to explore the wild lands and fight to the death. What’s neat is that players can adopt the default characters or choose to customize the four, making for some interesting combinations of Dwarf, Human, Elf and Orc. There are a couple of classes per race, but it’s the distinct setting of skills and abilities that can change how the characters play out. It’s certainly not overly complex to get to grips with, and offers a bit more for those who might want to replay the game again.

Story aside, the gameplay elements are somewhat different to the norm. Rather than offer a complete free roaming adventure game, the style is set within a grid to suit the turn based battles that litter the game world. This means players can simply sit on the spot and time will remain still until the player moves one tile at a time. What this does mean as well in terms of combat, is that players can position themselves for tactical advantage and dish out ranged attacks as enemies move in and melee attacks when up close. The tile based system works well enough, but has to be said, feels a little clunky when an obvious free movement could have also worked in the more open areas of the game. The play areas are divided into towns, open plains and dungeons, with the latter offering more confined moments of exploration. What seems to be the normal way to play is to stock up on supplies and rest at towns, and then head on out into the wilds and seeing how far you can progress. It here where player progression is seen in a visual element because any cleared areas remain clear for the duration of the game which means there’s always safety to fall back on by simply retreating.

There’s a fair bit of trial and error here and although the story progression cleverly locks off areas, there are some moments where adventurers will encounter all powerful beings that give a suitable beat down and require players to come back once they’ve leveled a bit more or equipped with the right items. Saving game often is a must here, and thankfully, you’re not penalized for doing so. The game world isn’t overly massive, although feels so due to the tile based movement and is split into distinct areas, however, there are no way-point markers which means players have to rely on the map and other visual cues for navigation. Knowing where to go next can become a bit tricky at times as a result.

The combat itself is turn based and depending on which characters are used determines the effectiveness of the group. Naturally players can attack with magic, ranged or melee weapons against some stiff  and varied opposition who will often inflict horrible status attacks on the party which highlights how important it is to have a healer on the team and an ample supply of potions. The interface is easy to use with everything at your disposal within a click of a mouse and allows for tapping the attack button to speed things up – especially if you’re dominating enemies early on in the game.

Graphically, Might & Magic X Legacy is pleasant to look at although rests on the simpler side of things rather than going all out. The game’s day and night cycle offers a neat contrast to how the environments look drenched in different hues and make the game feel more alive despite the fact that there’s little to no movement of NPC characters. This is a throwback game and it shows in every area. The only criticism here are some jerky movements on occasion which seem to suggest the game is loading in the background, although that said, there are some lengthy load screens as well depending on which part of the world is being navigated which can take you out of the game.

Audio is of a good quality with some voice acting presenting itself amid text for the more generalized and majority of the interactions.  The only real criticism here aside from a lack of sound effects is when wandering through the populated areas, where looped sound effects become more apparent. There are also moments where your party members utter the same phrase every time one transitions from one area to another. That said,  some rousing  music that rises when entering battle stance and provides a warm glow when simply wandering the open plains, is put to good use making for a pleasant sounding game overall.

In terms of longevity, the game offers many hours of play, and with the option to up the difficulty and choose different character classes and their attributes means there’s enough to tinker with on subsequent replays. The only real downer here is a lack of random elements with the progression playing out in an identical manner.

Might & Magic X Legacy is an interesting game that stands out for sticking to its design choices and offering a blast from the past for current gamers to enjoy. In comparison to its more action orientated cousins, it  feels quite backwards, but then again does a fine job of presenting itself with its first person viewpoint and added challenge. For fans of turn based games, then this is well worth checking out as there’s a neat and enticing world to explore. Anyone else might feel let down by the clunky movement, vagueness and lack of free spirit to wander the game world in a more traditional manner.