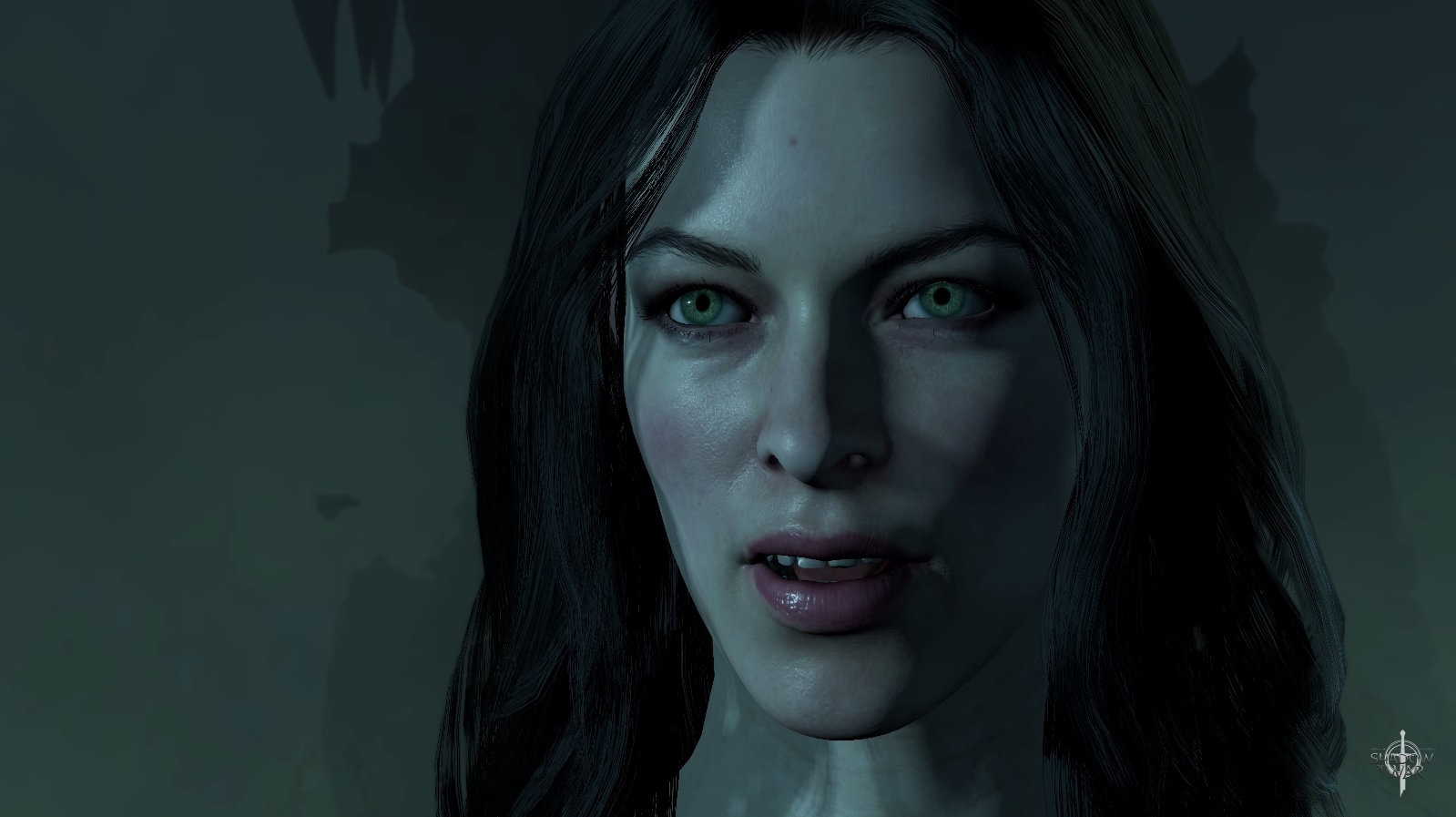 Monolith return to the Lord of the Rings universe with the release of Middle Earth: Shadow of War which ups the stakes from the previous game Shadow of Mordor whilst offering a similar, more refined experience in the process. Aside from any controversies regarding the game’s loot box system is this second outing worth diving in?

Shadow of War sees the return of main character Talion and his elven lord ghostly sidekick Celebrimbor who create a new ring free from Sauron’s corrupted power. However, Celebrimbor is abducted by the spidery Shelob who wants the ring for herself. Talion agrees to hand over the ring for Celebrimbor’s release and then the troubles begin. It’s business as usual as the pair wander the lands killing orcs and the like with the objective of stopping the evil witch king and ultimately Sauron from getting his hands on the all seeing Palantir. There is a touch of betrayal, horror and all sorts of fun and games in the story including a few disagreements with his partner who harbors other motives, but ultimately it’s one big excuse for Talion to flex his proverbial muscles and let rip on the Orc populace.

The gameplay starts off pretty simplistic with a neat fusion of stealth and action based gameplay with combat very similar to the Batman games. You can freely move around zones climbing towers to reveal hidden items, partaking in various missions or continuing the story as you see fit. There is seemingly a lot to do at first, but it has to be said much of it is optional which means you can get lost in all that is presented at leisure. Cleverly, players are introduced to each system which is layered well and begins with simply accomplishing goals to take revenge on orc captains and warlords. The nemesis system is back from the previous game but this time feels more cunning. It was one of the best features of the previous game and once again its appearance here is essentially the real main course. 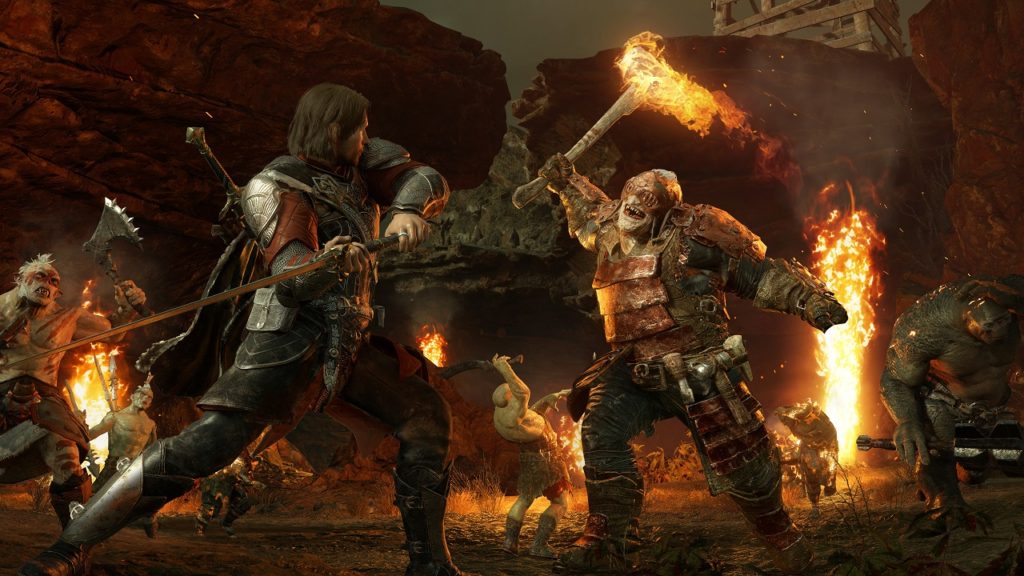 To explain, Talion can gather intel on orc captains by capturing orc worms (essentially orc underlings) who spill the beans on their weaknesses. It’s an optional feature but considering how many worms litter the map is easy to grab one and find out more about who you’re up against. You can check the local map and target unknown captains if desired, but knowing weaknesses is very much a more strategic option. So for example, a specific orc might be killed instantly if set on fire or stealth killed making the fight a lot easier obviously. Where the nemesis system comes into force is when orc captains either kill Talion (although he is always resurrected), break his equipment, humiliate him, come back to life or simply escape the battle. The orcs get stronger if Talion is killed and this leads to a more vengeful determination to take out the orc who you failed to conquer previously. It’s an excellent motive for tracking down the jeering killers and exacting revenge. It doesn’t stop there either because previously killed captains will return at opportune moments and challenge you with a greater determination alongside deformed body parts – seeing as you may have sliced arms off when you seemingly killed them. What makes this work so well is the timing, so for example Talion could be up to his neck in orc combat versus another tough captain when suddenly a previously fought orc shows up to put an end to your killing. These are often tense moments for the player because dying is the last thing you need and often the player is forced to retreat and live to tell the tale. It really is gripping stuff and worth the price of entry alone. The fact that each orc has its own personality really does rub salt into the wound whilst offering a few laughs along the way.

The nemesis system grows further as you progress the story and once Act 2 is reached comes into its own where Talion is granted the power to turn orcs into his own minions, which includes the captains as well. The overall goal here is to recruit an army so you can take down the orc overlord and dethrone him so his fortress is yours to keep and defend. As mentioned, the way the game’s layers build is impressive indeed and the way in which is presented often humorous to boot making for some fun tuition. There is a serious game here though, where players can inflict much pain on the orc masses,by way of leveling up Talion and choosing several upgradable skills, but at the same time building an army and nurturing them by increasing their power and deciding who will lead is an endearing feature which humanizes the often disgusting orc race. The Talion/Celebrimbor combination makes them pretty formidable but it’s oh-so-easy to bite off more than you can chew and get overwhelmed such is the beauty of the game’s design. 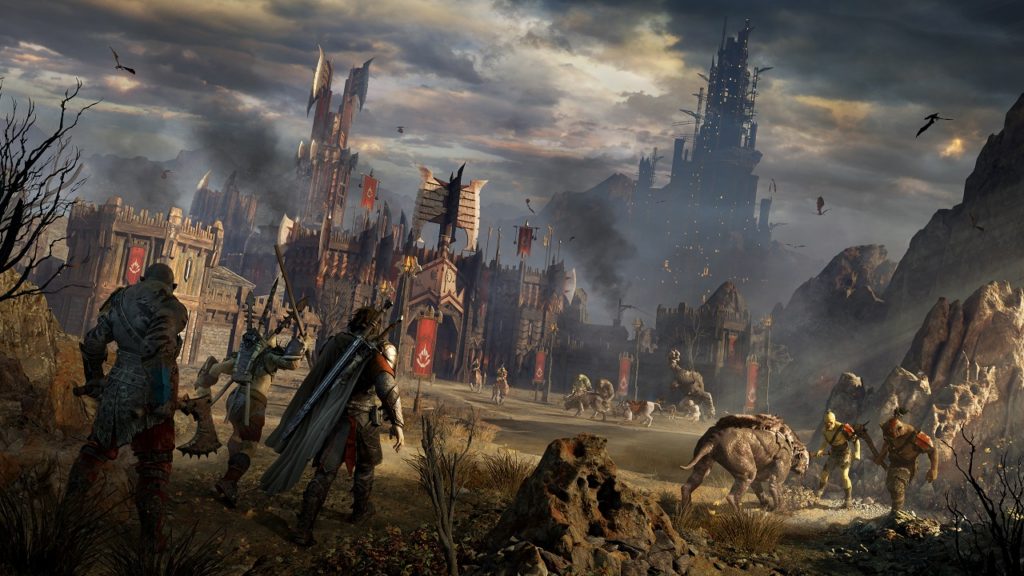 In terms of visuals, Shadow of War is a mixed bag depending on where you are and the time of day. On one side, some areas look fantastic with impressive details, lighting and atmosphere (especially if you are privy to a HDR display). On the other hand, there are areas which look bland using repeated assets and dull textures as if less expense was spared. Shadow of War overall is a pleasant looking game which runs relatively smoothly even when the screen is filled with massive beasts and great numbers of orcs but due to its open world approach means it’s not the most taxing of games or best looking. In this respect our GTX 1080 Ti managed reasonably high frames per second with all the settings turned up at 4K resolution ranging between 50-60 fps for the most part to give an idea of what to expect from the performance. That said, the game’s ultra setting with HQ texture pack installed made little difference to the FPS despite the massive increase in Vram requirement. Again, we suspect the textures are area dependent.

Audio is finely crafted here with excellent performances from the main cast even if rather expected. However, once again the voice actors for the orcs are the stars of the show with excellent scripts and dialogue that draws you into their madness every step of the way. The music rises and falls at opportune moments, but the reality is players will be too busy sneaking around recruiting or killing to take too much notice.

Shadow Of War offers plentiful playing hours which (sad to say) one’s progress can be sped up with use of the dreaded loot boxes which can be unlocked via prolonged play or with real cash. You can still get by without using any of them, so players shouldn’t be too disheartened as they are included here for those who want them. It’s a long game which is filled with lots to do but can become a little taxing after a while if you’re not taking breaks. A neat feature is being able to enter into other players realms to avenge players deaths or take on their fortresses making for a well rounded package overflowing with options. 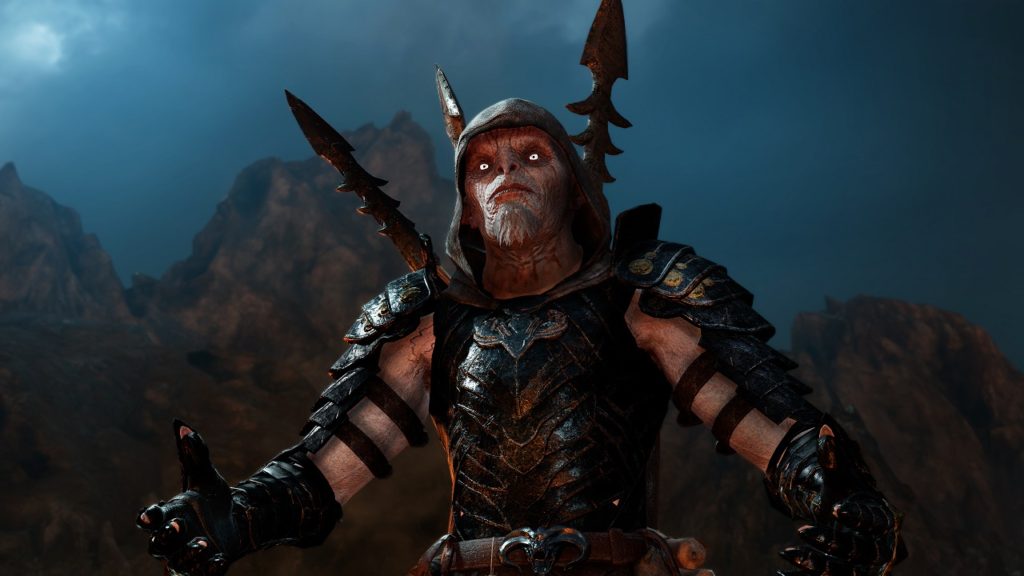 Monolith has done an impressive job here bringing more of the Lord of the Rings universe to gamers. Epic battles, plenty of character and tight gameplay makes for one hell of a package. There could be improvements with things like getting stuck on assets whilst trying to escape and odd climbing movements but mostly the game just simply works as intended. As previously mentioned, the orcs and nemesis system is the key here where every playthrough is different and where players can create their own stories or tales of misadventure. It’s a really fun game, a little overwhelming in places but well worth the price of entry and a must play game for anyone who enjoys stealth or action gaming. The strategic elements are just the icing on a very sweet cake.