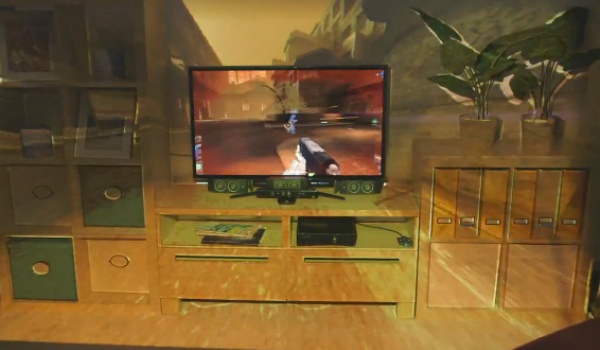 Something new for the next Xbox as evidenced by the leaked documents several months ago which showed some sort of integrated projection device is the IllumiRoom project which is possibly going to be a part of the next Xbox, speculated to be announced at E3 this year.  What looks like some impressive additions to conventional gaming this could be the start of a new way to interact with movies, TV and our beloved video games. Check out the video to see what it’s all about.

On the other side, Sony looks like they are developing something similar.