Microsoft are attempting to entice last gen gamers with a special recycling promotion where they will receive $100 off the retail price of the Xbox One if they trade in their old (working) PS3 or Xbox 360 games console. Whilst this sort of thing might be standard practice among electronics, what is interesting is the email that was sent out contains the following image that specifically asks for a PS3 with no mention of the Xbox 360. This has been met with criticism from some gamers who see the move as rather desperate. 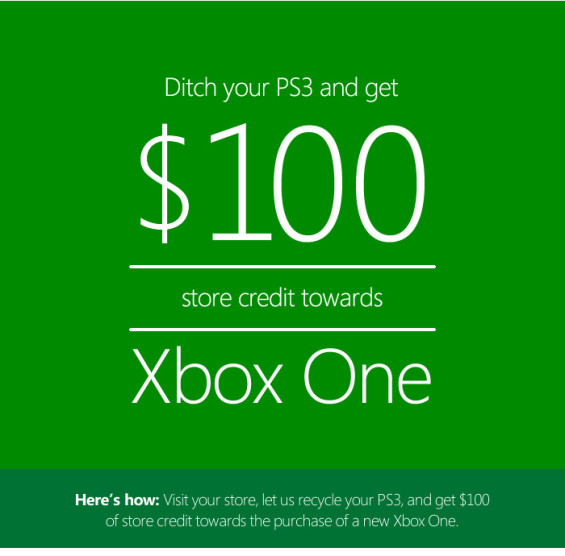