Microsoft has today released a list of its forthcoming Xbox One 2014 games for holiday 2014 which reiterates that it is focused on bringing games to consumers now. There are some 9 exclusive games which include the likes of Halo: The Master Chief Collection and Forza Horizon 2, but there’s also a strong number of multiplatform games coming as well which include Call of Duty Advanced Warfare, Far Cry 4 and Bungie’s Destiny (see image). 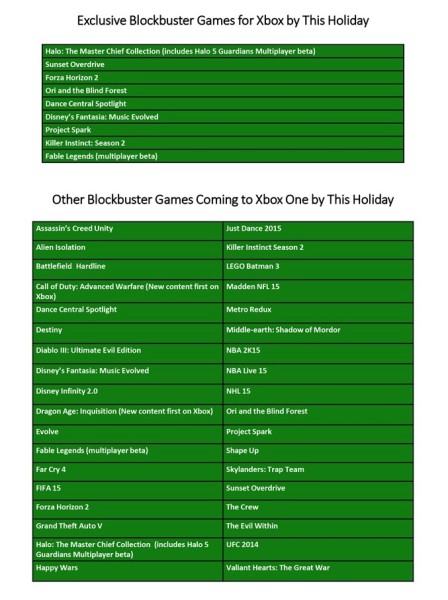