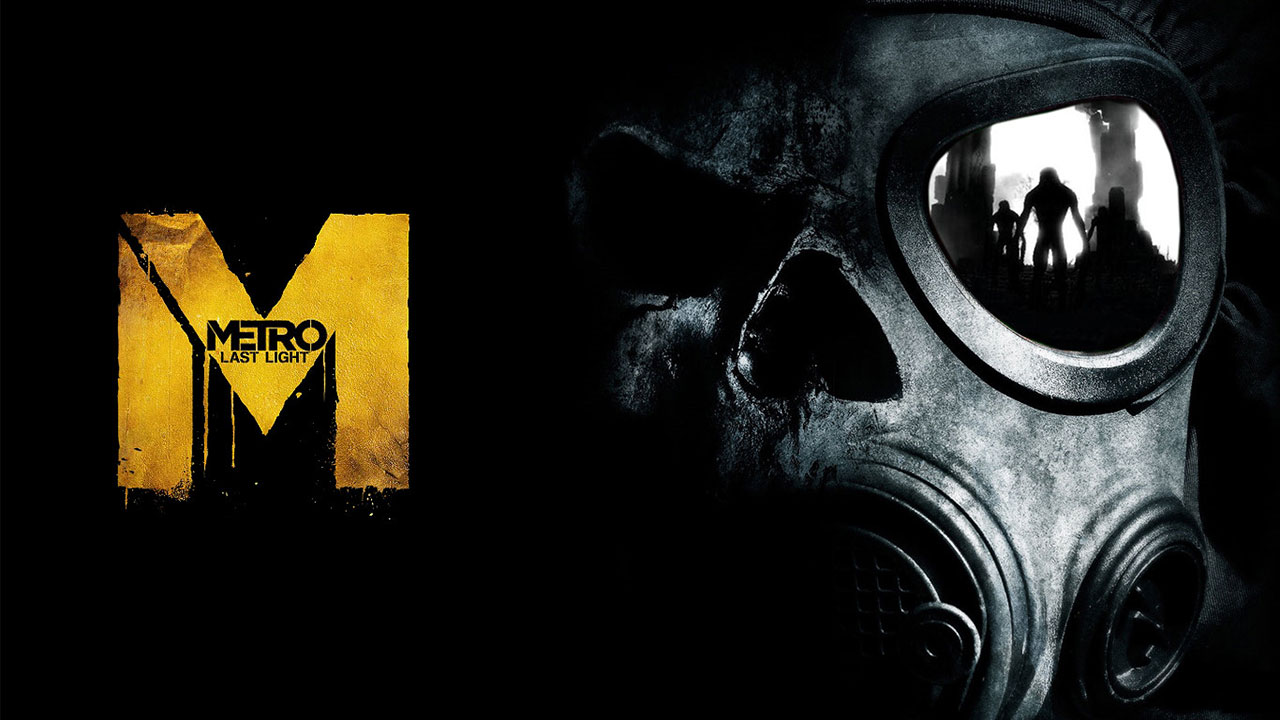 Now that everyone can play Metro Last Light, much like its predecessor Metro 2033, the game is a bit of a beast even on higher end graphics cards. We’ve been using the Metro Last Light benchmark tool to get some results using an i5 setup with 8 GB Ram and a single HD 7970 GPU running the game on Very High, 4x AF, 1980x1020p resolutions, Tessellation on max (although the tool says it’s not supported) and SSAA off to get a reasonably steady average 39 frames per second, although there are many moments where it dips below this quite dramatically. Turning SSAA on dramatically reduces performance to below an average of 30 frames per second.

Apparently, the game runs much better using Nvidia graphics cards as the game is optimized using PhysX. Either way, the game is a bit of a beast as expected from 4A Studios, but it seems much like with Crysis 3, AMD users will have to wait for some new drivers to get better performance gains from the game. The video shows the benchmark tool in action, although capturing interferes quite excessively.

UPDATE: 4A released some optimization for AMD users with the latest patch which improves performance. The second image shows the same settings post patch. 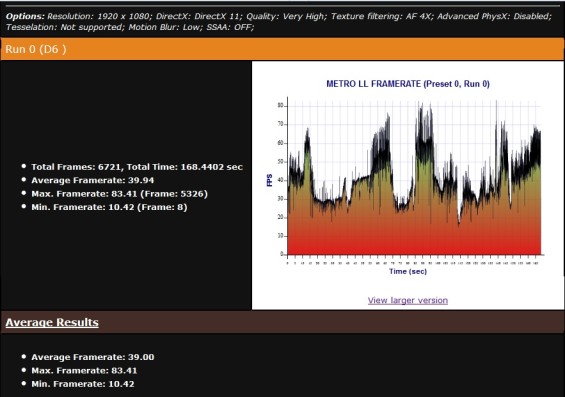 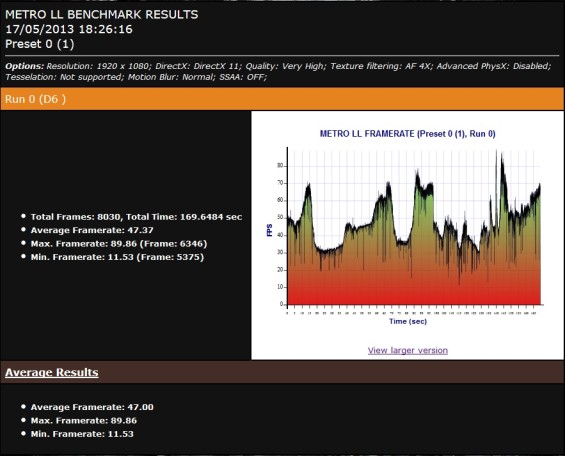