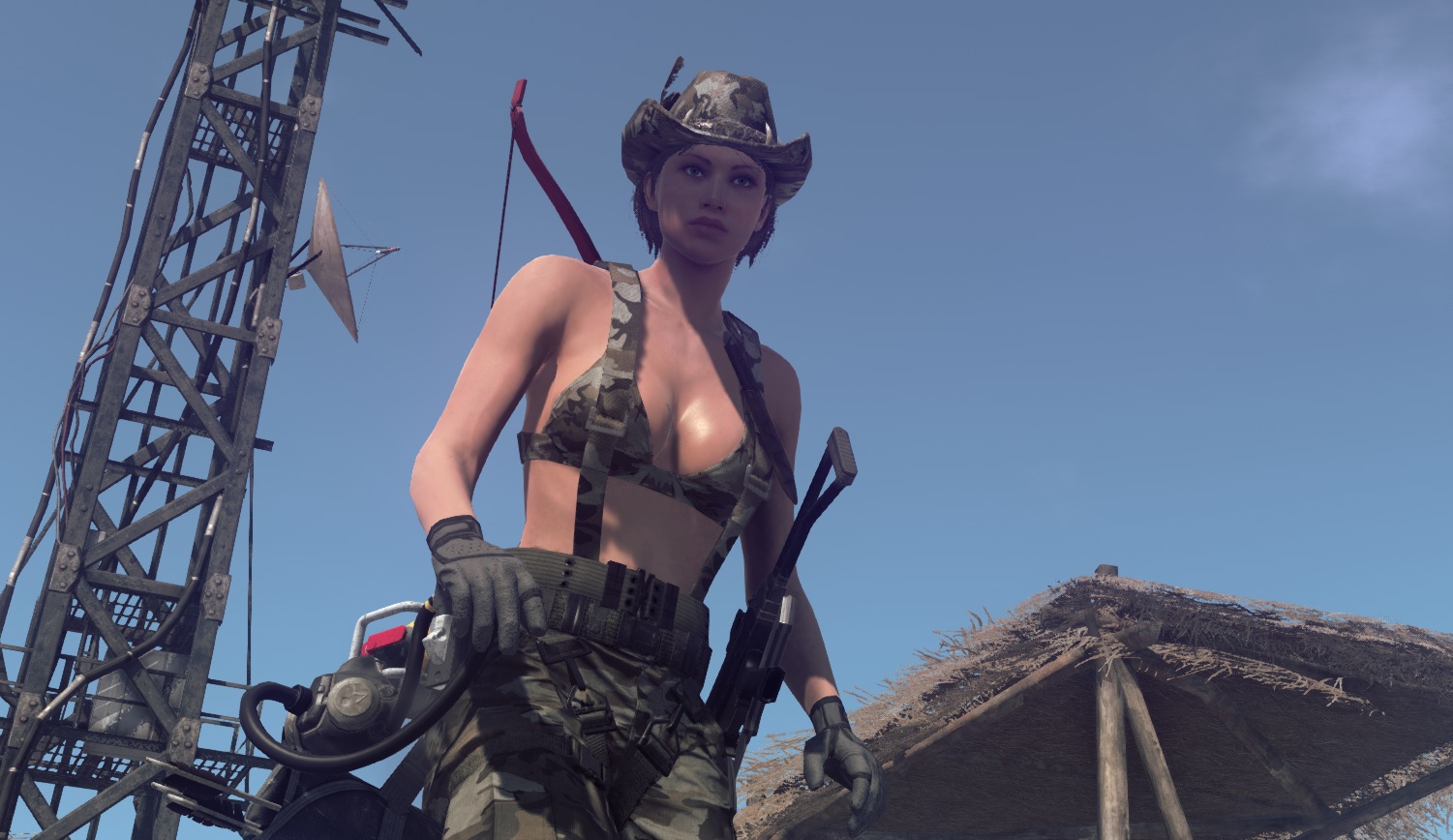 Konami’s post Kojima Metal Gear game Metal Gear Survive has released on consoles and PC amidst much criticism from those who hate the idea of this survival tower defense spin-off using the Metal Gear moniker and others who are a little more open-minded to try something different with the franchise. At the end of the day a name is just a name and if Konami want to use it to sell another spin-off game much like they have done in the past such as with Raiden’s Metal Gear Rising Revengeance then so be it. Aside from whether this release should have been a DLC extra of The Phantom Pain or not, is Survive any good though and worthy of your time and money?

Starting with the basics of the story, it begins post XOF and Diamond Dogs battle at the end of The Phantom Pain where a wormhole appears and swallows up fighters from both camps who are mysteriously transported to an alternate reality. Yes, this is pure sci-fi madness but does lay the foundations for this spin-off title. Once the dust settles it’s clear that past conflicts have to be ignored as the new threat of infected soldiers called wanderers pose more of challenge to life. At this juncture, players can create a male or female avatar for the duration. Now before we delve further into this review it has to be said much like The Phantom Pain you only have one save slot which means if you want to start over you have to delete your save. Konami has come under serious criticism for charging money for additional character slots but in reality this has no impact on the game itself and having invested over 40 hours playing there is no need for an additional slot anyway.

The character creation process alongside a whole host of other assets have been stripped from The Phantom Pain and Metal Gear Online which means we get to see more of the lovely FOX engine in effect. After the initial intro kerfuffle (which features cutscenes aplenty, codec conversations, some clandestine characters and questionable dialogue), players are introduced to a whole host of tutorial missions and options to the point it becomes quite overwhelming. The fact remains, it’s your character and eventually a cast of rescued misfits (including a dual personality AI) versus the wanderers.

What we have here is a open-world comprising of safe areas and more dangerous locations shrouded in a mysterious dust which obscures visibility and drains your life away if the appropriate breathing apparatus is not used or runs out of oxygen. The core gameplay begins by players keeping the avatar alive by hunting animals, securing water to ensure hunger and thirst levels are kept in check, securing resources for crafting and taking out wanderers either by stealth or action based gameplay. The combat mechanics are reasonable here but it’s stealth play where it’s much more fun to sneak and take out wanderers without causing a mass riot. Initially this is quite the challenge and depending on how one plays can induce a game over sooner rather than later. It seems at first the requirement of water and food is quite high in relation to availability of things to hunt and water to collect, however the game wants you to push the story aspects forward at first rather than dive in to full-on exploration. Once chapter 9 is reached (which will take a few hours) then your survival prospects improve and when players reach double figures the gameplay expands greatly to the point where you’re able to grow your own food and harvest water and goats milk in your base of operations. Probably the game’s greatest failing is in its pacing because by this point some players will likely get frustrated with the constant need to top-up food and water versus moving the story forwards. Exploration of the open world is very much encouraged by design, but like the Phantom Pain before it many locations are barren which leads to fumbling about gathering items for crafting at the cost and risk of dying of thirst or hunger. It’s very easy to get lost in the dust which adds another layer to the survival aspects. So there is a bit of strategy here of which the game does allow players to experiment and mark key locations on the map, but it’s something which can easily be overlooked when diving in at the deep-end. Effectively, the text heavy tutorials don’t do a good enough job of conveying the game’s urgency or features as well as they could and this for some is perhaps game-breaking in the early hours.

For those who persevere Metal Gear Survival really begins to open up it doors once players find their routines. Food sources replenish every so many game hours, points of interest can be farmed and prospects for keeping the survival aspects at bay greatly improved, to the point players are then tasked with keeping rescued survivors in check also. With all the parts combined, there is a solid game here that does work well and is surprisingly fun and engaging to play, it’s just the journey there is littered with so many potentially off-putting pitfalls. Building up the home base, crafting better gear, taking risks in the dust filled locations against the wanderers all becomes second nature and once the end credits roll there is the basis for more gameplay and classes being opened once the survival class skills are maxed out. Players truly have to survive and it’s here where the tower defense aspects inject themselves as players build up base defenses and fend off the constant threat of mass wanderers destroying your base when harvesting energy.

As previously mentioned, the FOX engine does a fine job of conveying day and night cycles across two main locations with one being more lush than the desert like opening area. Many elements are familiar from The Phantom Pain which reinforces the notion of this being a potential DLC release rather than separate game. However, despite regurgitating assets, with the inclusion of the obscuring dust does make it feel quite different and the absence of human enemies less predictable for vets. The game is fairly well optimized and on the whole looks great, but does present a more darker tone throughout.

Audio is of a reasonable standard with some decent music and effects although some of the codec conversations seem to drag on a little and feature a varied amount of quality in terms of the voice overs. The characters aren’t very interesting and in a way contrived and once again the lead Captain – that’s the player character – is a mute. Go figure.

In terms of length there’s is quite a lot to do here where even the main story is going to take some time to complete to open the post-story meta game. Solo players will certainly get their monies worth if they stay for the duration. Aside from solo play, four player co-op is also an option for gathering more rare resources and leveling up characters. This is a neat layer for those looking to take a break from the regular survival as it’s pure tower defense with less focus on survival. The only real spanner in the works here is how fiddly the interface is – in fact it’s a bit of a mess across the entire game that players have to learn to live with. Gearing up before missions begin can be a little tedious for those wishing to crack on so a bit of patience is required when playing with random players. Luckily the co-op defense game can be played solo or with friends in private matches so it’s not all randomized matchmaking madness.

Metal Gear Survive is definitely a love or hate it type of game due to a number of reasons. But when looking at the core game and none of the issues surrounding who made it, or who published it and what ethics have been used to sell the game and parts of it, then what we have here is a competent survival tower defense offering that is fun to play and quite engrossing for those who get what it sets out to do. Sadly, there are questionable aspects that will turn a lot of people away. The name of the game aside, the biggest threat is the unforgiving gameplay at the start and the fiddly systems which bombard the player a little too readily rather than tell a story. As mentioned, once players find their feet then Metal Gear Survive is worth checking out because it plays well, looks good and is pretty engaging for the type of gameplay it offers. If players can put their differences aside and give the single player a whirl they might come away pleasantly surprised if they can survive the opening hours unscathed.