We’ve been beavering away at Konami’s Metal Gear Solid V The Phantom Pain for quite some time now and without giving an opinion here on how much we’re enjoying the experience, we have noted that much of the game’s opening section has a familiar feel to it. The prologue which lasts about an hour feels like we’ve been there before, and whilst we had not actually experienced it first hand until recently, the reveal trailer way back in 2013 presented just enough of the good bits to pretty much spoil much of the impact it could have had. Sure, there are some surprises left but the core essence of this section and in fact the following hours have been shown off to their fullest in the name of promoting the game.

You could argue it’s a personal choice to watch trailers and gameplay videos even though some aren’t easily avoidable but it seems nowadays publishers and developers alike are perhaps too keen to show off their wares like over-excited youngsters. Using social media tools to get their wares into the hearts and minds of the masses is leaving little to the imagination. Cast your minds back to the days of the glorious cover stories in magazines like CVG, EDGE, EGM and Gamesmaster to name but a few and think about how much info and a selection of screenshots was divulged within the few pages on offer. In today’s fast paced and competitive video generation spawned from Youtube and streaming channels such as Twitch and it’s a completely different ball game. 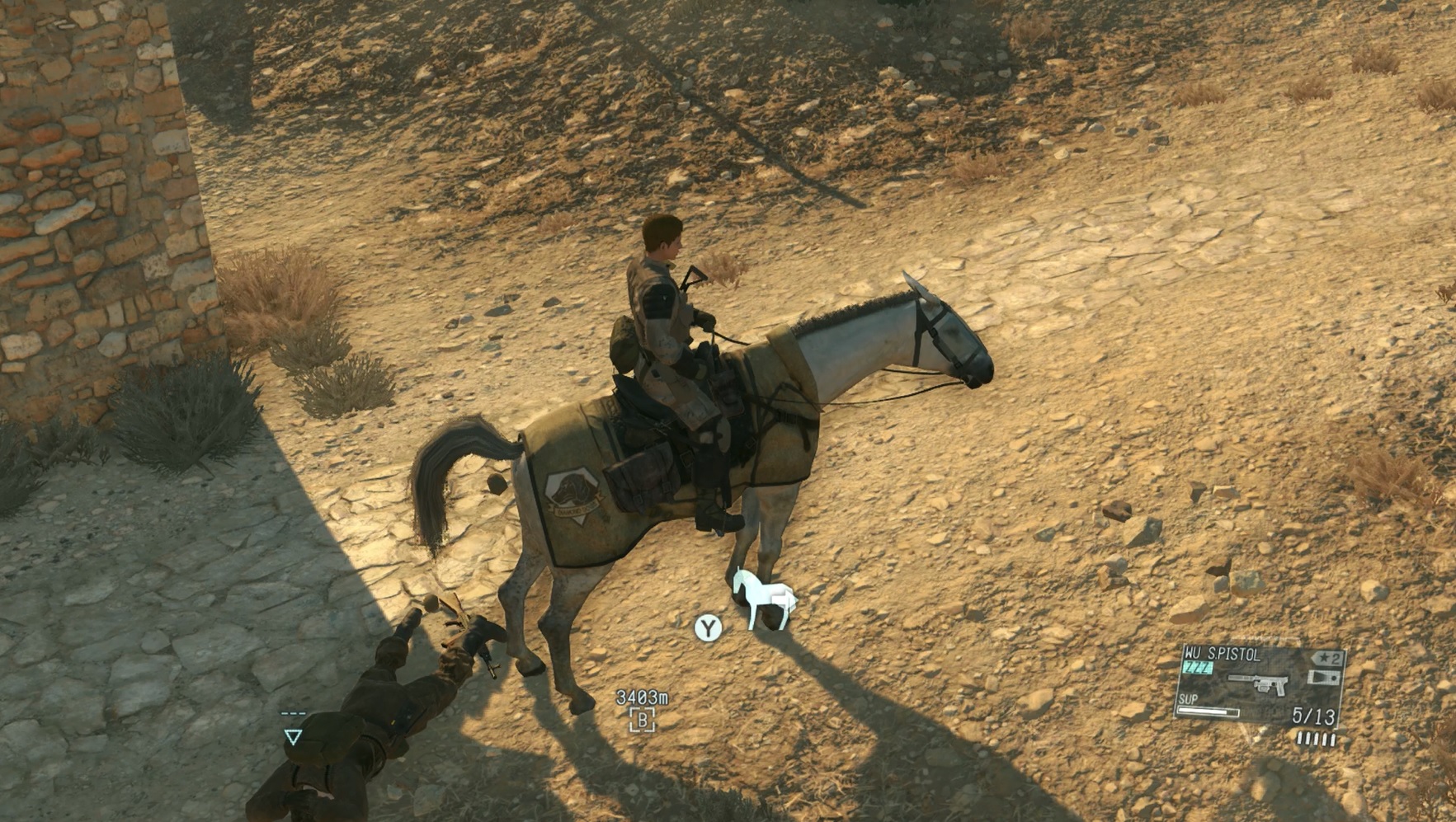 Metal Gear Solid V is a massive game and there’s lots more to come in terms of the story which thankfully Konami PR hadn’t shown off prior to release leaving much of it locked off, yet after playing it to its conclusion the opening section serves as probably the most cinematic of the entire game which is a shame then that much of it was spoiled in the trailer. For us the opening moments of any game sink the hooks in which are most important and when we’ve seen quite a bit of it before numerous times at E3, Gamescom etc. the feeling of familiarity has dampened the experience somewhat – although certainly not taken away the enjoyment factor.

Konami has not only decided to show off the early gameplay stuff quite extensively but also plenty of treats which players won’t get to see right away, in fact some hours into the game. Take the horse poop, the decoys, or even the buddies, these are all found much later in the game and in some instances have to be researched first which takes quite a bit of time or gained via story progression. Rather than let players discover these elements for themselves, we’ve seen them in action already as “cool” selling points for the layered gameplay. In a way we’re kind of disappointed they’ve shown so much to the point of after many hours of playing we’ve come across very few gameplay surprises we’d not seen previously. 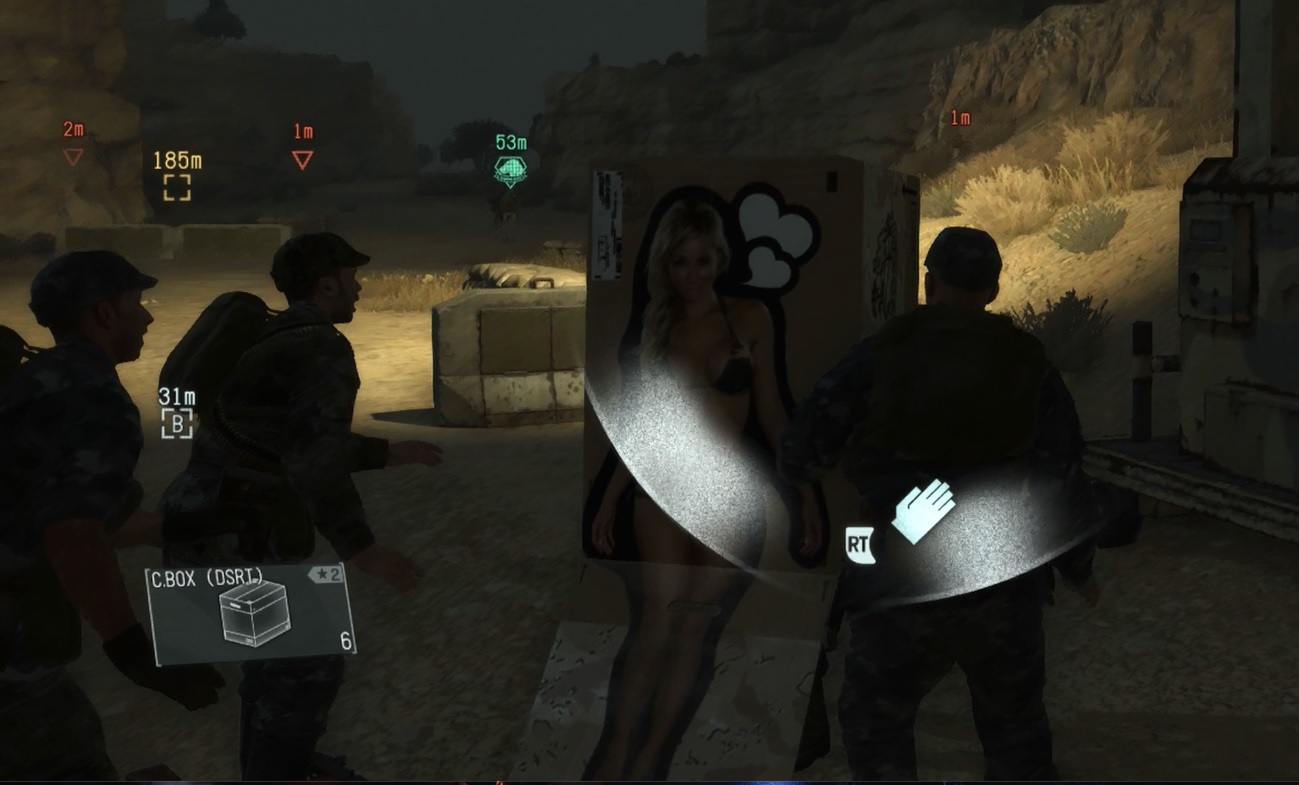 If we cast our minds back to earlier Metal Gear Solid games pre MGS 4 and think about how much was shown then and the surprises we were given it’s a different league. Who could have imagined playing as Raiden for the majority of Metal Gear Solid 2 where in today’s market such an element would have been spoiled and presented in a way to get players familiar with the character rather than making the raw discovery. Sure, there’s bound to be lots of Easter eggs in this game but many of the gameplay features such as cardboard box art and horse poop vehicle disruption didn’t need to be shown pre-release. The Internet is such a broad and accessible place nowadays that any secrets are easily shared – just look at how quickly Konami’s P.T demo was deciphered into the Silent Hills reveal. The point is, gamers can have a choice to look things up on Youtube from like minded gamers, but in a way, when officialdom starts doing the same stuff it’s removing some of that choice. 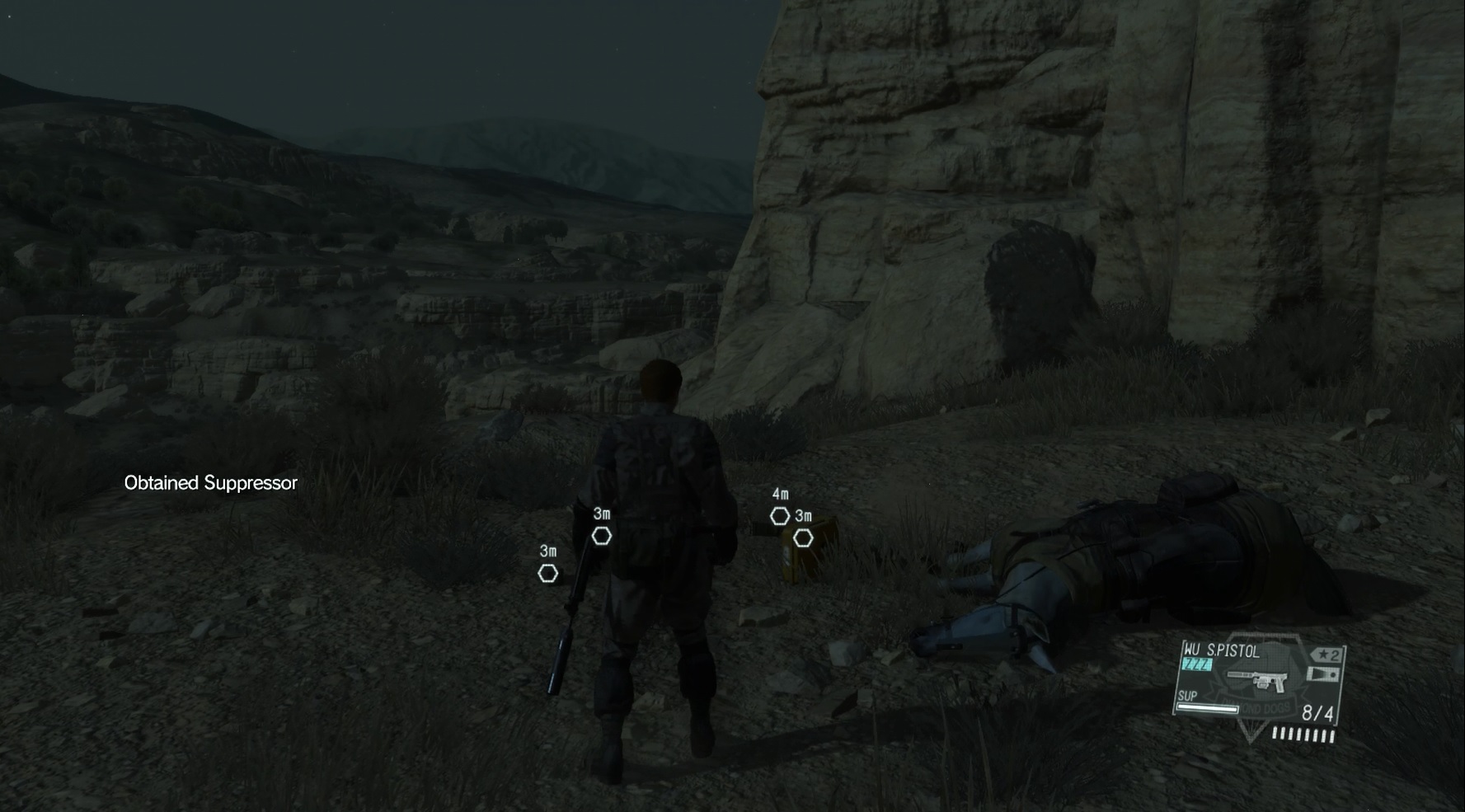 We’re not taking anything away from The Phantom Pain because it’s pretty awesome as the unanimous sentiment from gaming press will also attest. But the fact that Konami decided to reveal so much of the cool bits [unnecessarily] takes away some of the mystery and simply indicates that in the future gamers would do well to avoid trailers and gameplay presentations no matter how hard that might be. That said, it’s not very practical either leading up to a game’s release where excitement and anticipation reign supreme but in all honesty, our advice now is if you want the freshest experience of a video game then making the hard choice to avoid official extended 30 minute demo gameplays especially is a must because at the end of the day publishers and developers alike have no bones in spoiling things for today’s hand holding gamers.