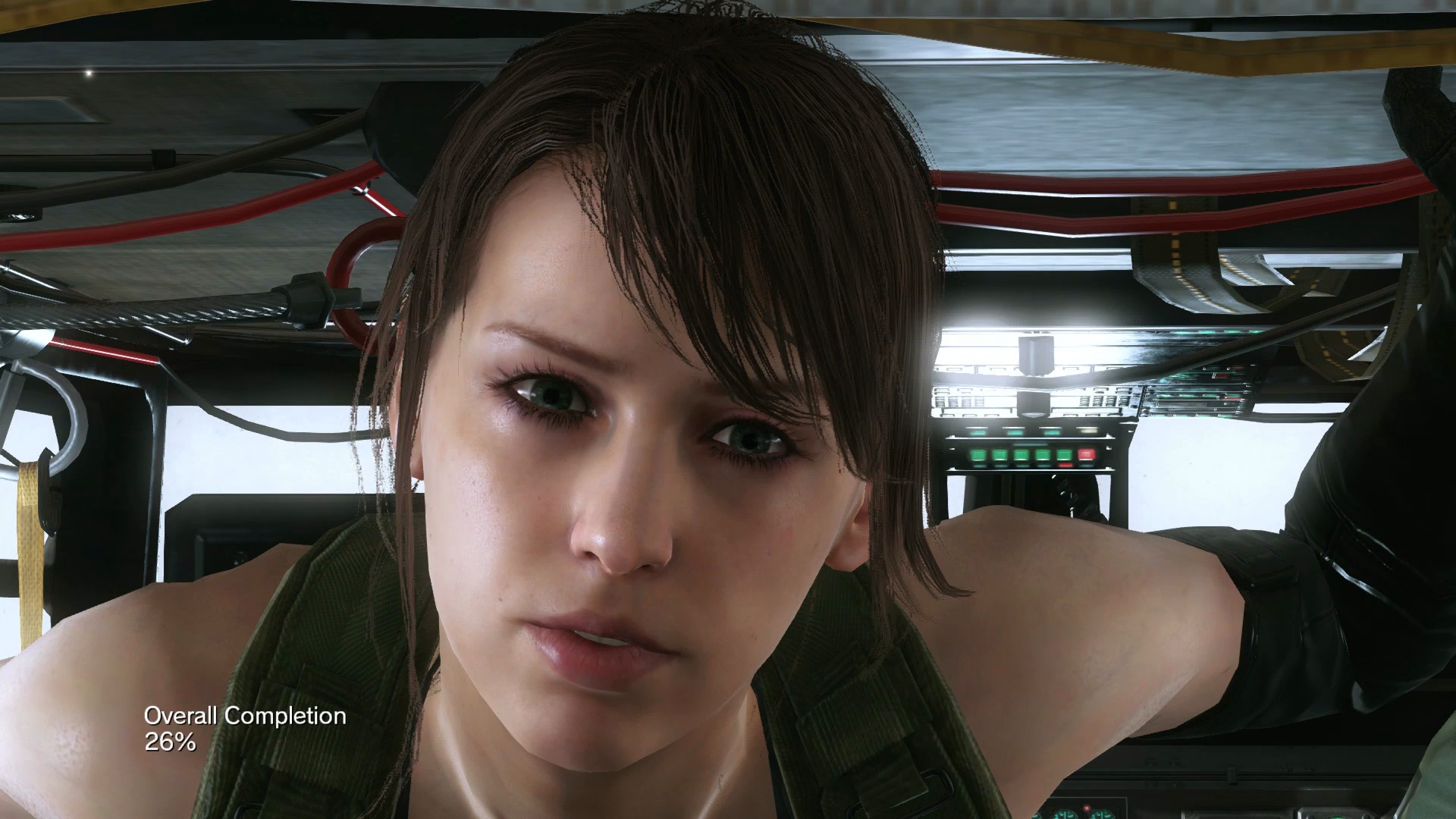 Forget the questionable reasoning as to why the Metal Gear Solid V The Phantom Pain character Quiet is wearing little to no clothes and focus on the fact that Metal Gear Solid games are well known for their suggestive moments with the ladies. We’ve had the Mei Ling camera mode in Metal Gear Solid VR Missions which allowed users to snap pictures of her in various poses. We’ve also had the Eva survival viewer in Metal Gear Solid 3 and who can forget the battles with the Beauty and the Beast Unit in Metal Gear Solid 4 and the bonus mode you can get during the encounters. Metal Gear Solid V The Phantom Pain continues the tradition with a viewer of the scantily clad Quiet character, who when chosen as a buddy or when visiting her in the Medical section of Mother Base can be seen up close performing all sorts of actions. In the close quarters of the helicopter there’s even more to see as she performs a number of suggestive actions for those interested in viewing with more animations being available the higher the buddy rating. All that’s missing really is a camera although Xbox One and PS4 gamers can hit that share button to capture the “special” moment. Take a look at the video from the PC version showing off all of Quiet’s animations in the cockpit and then think carefully about that lame ass reasoning as to why she’s dressed like that.