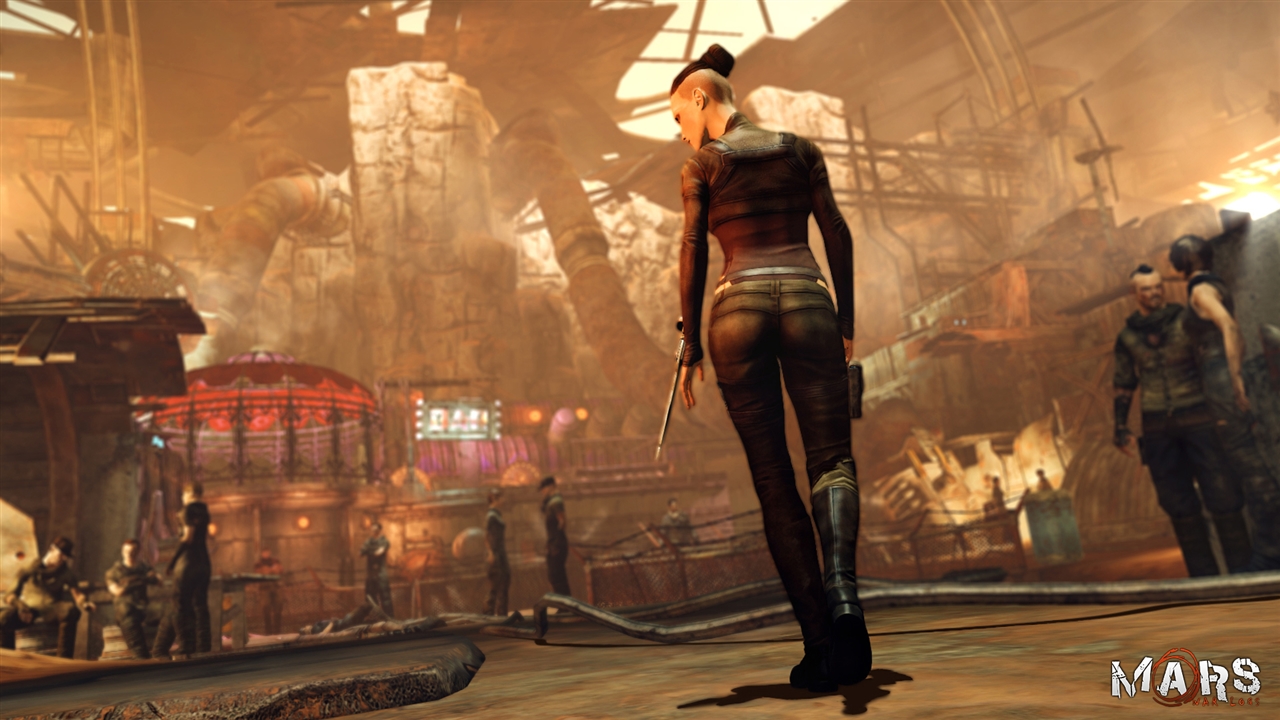 Today we’re taking a look at Focus Home Interactive and Spiders Mars War Logs which is available on PC and is planned for digital download on consoles. The game pits you as tough as nails character Roy Temperance as he adopts the role of good guy, righting the wrongs of a prison camp for soldiers. The game offers some action role playing elements and a story filled with side quests and not so nice characters, the question is, for a budget game how does it fare?

Mars War Logs begins inside the dark recesses of a prison, except, the opening focuses on noob looking character called Innocence who is about to be gang raped by some of the inmates of the jail. Cue Roy Temperance, and the chance to sample the game’s combat which isn’t turn based, and runs in real-time, although there are probably some numbers going on behind the scenes. To begin, players can attack with two buttons – a standard attack and guard break – and as the story progresses, Roy is granted powerful Technomancer powers which enable him to use electricity based attacks and defense.  Sadly it takes quite a while before the game opens up and essentially the opening offers a few fetch quests through dull and often lifeless corridors open areas, and rooms. Players get to meet mutants, attack dogs and of course ragged human characters who often need assistance or just stand about doing nothing.

Once the opening chapter is completed, the game becomes far more interesting in its locales, however, the basis of the gameplay remains pretty much the same from start to conclusion. Roy basically undertakes side quests by talking to specific people, these mostly involve fighting, intimidation and collecting items. The main story offers a bit more direction but ultimately it’s Roy going from A to B and getting into fights with various human and animal beings.

Players can spend an age searching through crates and bit of debris to find junk items that can be used to upgrade Roy’s armour and weapons,  although using the game’s currency of serum, players can purchase gear and junk from merchants. For those who are thorough and search the bodies of the fallen, will find all they need anyway including new weapons and armor. There’s not really a lot of choice here with only a handful of weapons and armor to equip, but the customization does at a bit of variety to their stats to suit particular play styles.

Roy can also customize his skills each time he levels up, and here the choices can range from stealth, combat and technomancer skills. Again, there’s really not much variety and to be honest, the stealth is negated when enemies are alerted once a strike is initiated. It would have been great to be able to pick off enemies without breaking cover. The technomancer skills also are limited with very few actual offensive capabilities, this is a shame as a few more powers would have made the combat a little more engaging.

Mars War Logs looks fairly solid but is obvious it’s a low budget game as the world does look very similar as one moves from one area to the next. Character models are reused, and although there’s some reasonable detail, the animations and general lack of atmosphere let the game down. Roy’s sprint animation for example is laughable.

The audio is also lacking with some rather lackluster voice performances, although Roy seems to do a decent enough job of being convincing, some of his interactions with others are rather uninspired. That said, the rest of the ambient sound and effects are functional, and perhaps with a bigger budget could have been a little more flamboyant. In terms of what’s available, it simply does what is required and nothing more.

From start to finish, the game will take around 9-10 hours which is probably about the right length, although there’s probably a lot more to see and do if one opts to take an evil or good path, and complete every side quest on offer. There are a number of choices players have to make which affect the story and at one point a major choice has to be made which changes the outcome of the adventure – no spoilers here. Effectively a save can be made prior to this point and reloaded once the game is bested.  There is replay value with several difficulties to mess around with, but in all honesty the game is perhaps lacking to warrant multiple plays.

To conclude, Mars War Logs is an interesting game to play although some of the combat can be unforgiving at times, and the stealth could have been better implemented. If you can ignore that, and the poor voice acting and rather samey orange and brown graphics, then you’ll find a neat game to play that’s made especially sweet with its low price point. Whilst the game isn’t the next Mass Effect, there’s some cool ideas here that are worthy of your time if you’re a fan of science fiction adventuring.