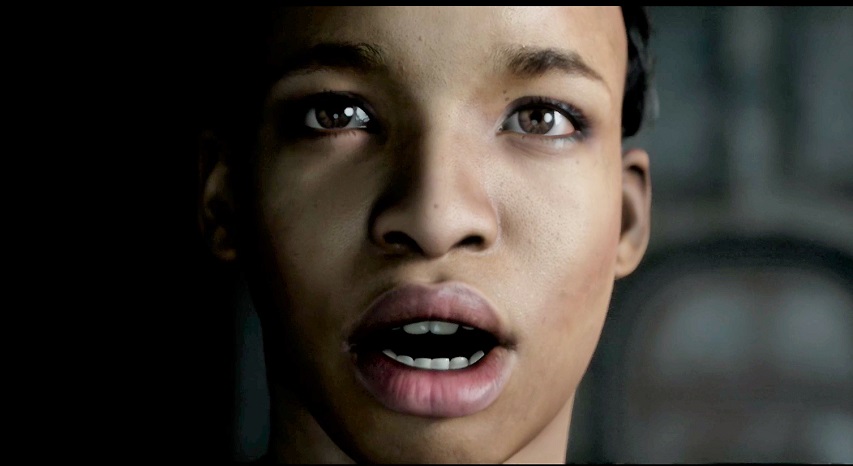 Supermassive Games’ The Dark Pictures Man Of Medan releases at the end of August and we got some hands-on time with the just announced shared story co-op mode. Take a look.

After a short trip to central London this week, we boarded the rather fine HMS Wellington, which if you don’t know is moored near Westminster on the Thames. A fine vessel indeed and the perfect hosts for Bandai Namco and Supermassive Games to showcase their upcoming game. Once ushered below decks to a rather cool air-conditioned room, we were all set to play The Dark Pictures Anthology: Man Of Medan. The first standalone story in the upcoming series of spooky tales.

We already played some of the game earlier this year and found the story-telling and visuals top notch. The player choices quite stark and the characterisation of a very high-standard as you would expect. Supermassive have experience in this field as they also released Until Dawn on the PS4. Man of Medan releases on August 30th as a multi-platform game so that’s good news for PC and Xbox gamers. Now here’s the twist. Supermassive used the opportunity to reveal a new undisclosed feature for Man of Medan which adds co-op play or shared story for two players. There are two ways to tackle this, one is online for two players who each have their own screen. The other is a movie night mode where up to 5 players take turns with the controller and make the all-important decisions.

So, what’s it like then? We played the shared story with two players. Due to the closed nature of the ship we could not hear each other playing or confer. Not that the section on offer allowed too much deviation. What I can say though is my experience was completely different to my playing partner. For example, in one scene, whilst my partner is under-the-sea searching a downed WWII wreck for treasure, I am on-deck playing mister smoothie with the hot ship’s captain. Cue plenty of cheesy lines and cringe-worthy dialogue – it’s supposed to be that way. You select responses and in turn these affect the outcome and the the relationship you have with that person. My partner has an brief encounter with a shark and some issues with decompression before they return to the surface. Meanwhile, my character has a run-in with some dodgy fishermen who ram the ship. Followed by almost setting the boat on fire thanks to too much fuel for the BBQ.

Man of Medan’s gameplay is familiar ground to anyone well versed with Until Dawn’s playing mechanics. Where the decision making heats-up is when players choose to help or hinder the group. Do you favour your own chances, be a dick and attempt to save yourself, or simply decide not to be helpful in any way shape or form because… well, you can. Or you can opt to play the heroic type, always willing to do what’s right. This approach opens up plentiful moments where depending on who you’re playing with, what mood they are in determines the outcome and potentially the difficulty you have as a player. Whilst it’s not overly obvious that you’re actually playing with someone else at times, their choices and to a degree their QTE playing skills does impact your game.

It’s a novel idea that offers a lot of replay value. It will be interesting to see if players team-up with strangers for a less predictable experience online, or whether they will stick with friends who they know will have their back. That said, it’s painfully obvious Supermassive are in tune with the idea players might try a tactical approach. To combat this they made some of the choices incredibly difficult and in some cases not so obvious what the outcome might be. So for all intents and purposes, you might unwillingly put your partner into hot water without realising it. Oh the fun and games which lie ahead.

Man of Medan releases on August 30th on Xbox One, PS4 and PC. So far it’s looking fantastic with excellent character models, dark and brooding atmosphere. However, the gameplay comes-across quite simple. It’s an interactive story at heart, with a little investigation thrown in. If the full game is anything like Until Dawn (which it certainly looks like it will be) then horror fans are in for a treat.