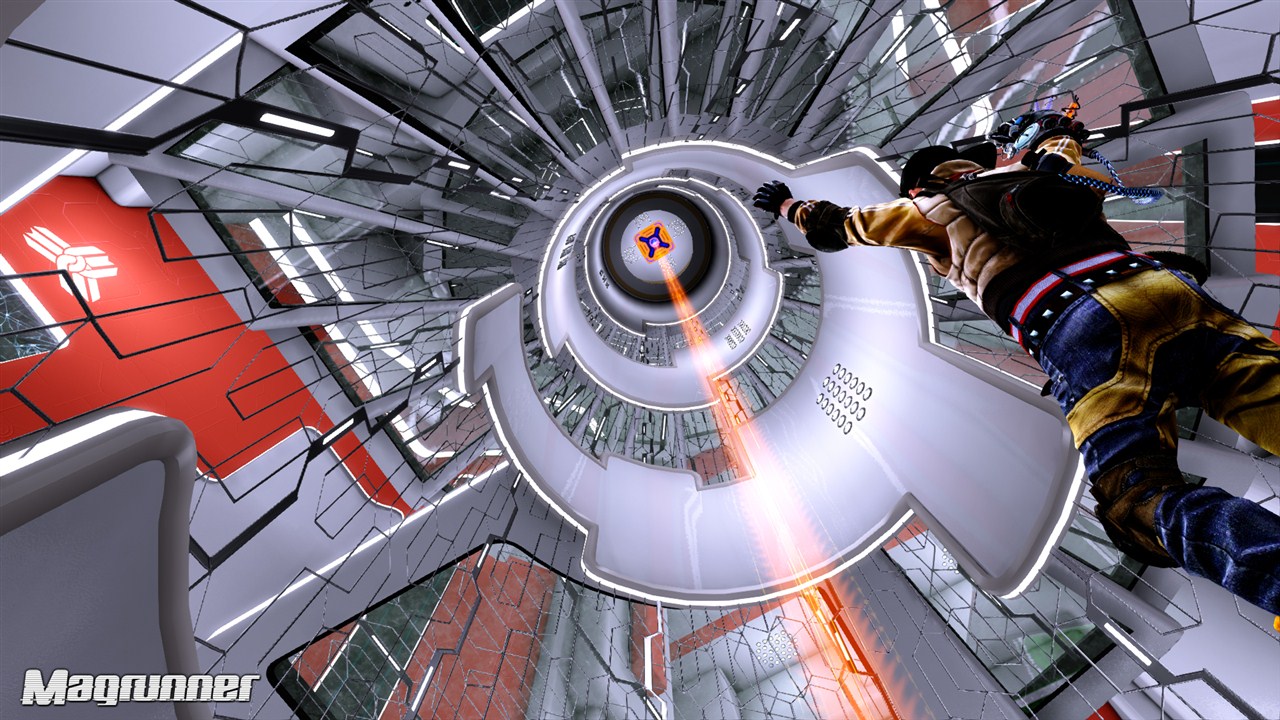 Focus Interactive released some fresh Magrunner screenshots to whet the appetite for this interesting looking puzzle based racing game. The game is coming to Xbox Live Arcade, PSN and PC platforms and is being developed by 3AM (Frogwares).

The game’s story begins in 2050 and takes place in a big sports competition broadcast through the entire world, intended to promote a new technology based on magnetism.

The 8 participants’ objective is to finish first in a huge race made up of many challenge rooms, each one bigger and more complex than the last. Each of them has a special glove that interacts with the new magnetic technology and enables them to journey through more and more spectacular rooms by charging various objects and elements of the environment with magnetic forces that attract or repel other objects.

However, the competition soon turns into a real nightmare. A power outage and what feels like an earthquake isolates the competitors from the rest of the world. Their only hope is to finish the course and attempt to contact the exterior world. But the challenge rooms that separate them from the finish grow more and more menacing and a long descent into hell awaits them. At the end of the tunnel lies a frightening secret that could threaten all of humanity.