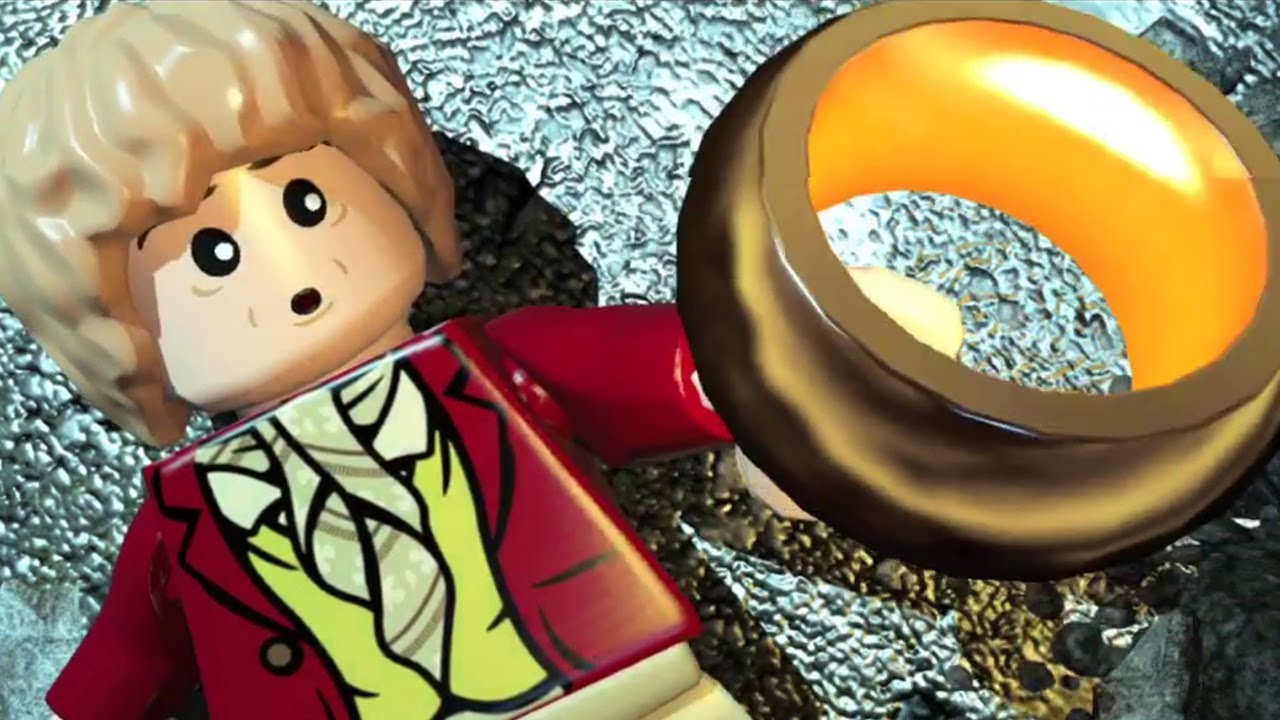 Gamers looking to experience the first two books of the Tolkien The Hobbit trilogy can now do so in LEGO vision thanks to TT Games LEGO The Hobbit which is available now across multiple systems. However, in the absence of the third act, is this worth a punt for younger gamers and adults alike? Take a look at our LEGO The Hobbit video review for the full picture.

Today we’re taking a look at TT Games’ LEGO The Hobbit which is available now across multiple systems and tells the story of Bilbo Baggins and his adventures with the dwarves and wizards culminating in an encounter with Smaug the great dragon. The video game is based on the popular book which preceded The Lord of Rings from revered fantasy writer J. R Tolkien, and  is based on the more recent movie adaptations which include The Hobbit: An Unexpected Journey and The Hobbit: The Desolation of Smaug. Naturally as you would expect with all things being LEGO, there’s a fair amount of artistic licence used as most scenes that have been recreated in the game offer a splattering of child like humor.  Starting off in Hobbiton, players assume the role of Bilbo Baggins but in typical fashion for the LEGO games get to control a wide variety of cast members ranging from all manner of  dwarves and of course the likes of Gandalf the wizard.

The game is divided into open hub areas which beckon to be explored, and then story levels which can be replayed over and over with different characters once they become unlocked. In all there’s enough levels here to keep young gamers well entertained and offer all sorts of exploration, combat and a bit of puzzle solving. As customary with LEGO, each character has his or her own ability, and its here where on the fly players can hot swap between them at a press of a button to solve any lateral problem that is encountered. It all works rather well, aside from some moments where contextual prompts are  a little vague and can leave players scratching their heads. Younger players might struggle a bit in places and require the intervention of an adult, but these moments are rare. That said, if in doubt, then smashing up the scenery is usually key to progression as some destroyed items bricks can be used to build the necessary tools such as ladders to move on.

There’s a lot similar here to the last game, The LEGO Movie in terms of design, except it’s covered here in the fantasy world of Tolkien. Players can enter building mini games once the relevant parts and items have been collected and there’s an abundance of collectible white bricks to seek out as well, in this regard there’s a distinct nod to games like Minecraft. In terms of variety, the game does a fine job of keeping the action well paced and ever changing as opposed to repeating the same tasks over and over, and if players have seen the movies will gain much enjoyment in how they have been recreated here as the story is told very well complete with Christopher Lee narrating the loading screens.

In terms of looks, there’s some fine visual elements on offer as players travel the lands and visit key and often iconic locations from the movie. The overall look of the game fuses the LEGO objects which can be destroyed and interacted with  alongside more detailed non-interactive elements which give the game a more expansive look. There’s some fine vistas amidst dark interiors making for a visually diverse game. In terms of smoothness of play, it’s all pretty flawless and on occasion does show off some impressive physics and lighting effects. There’s little to no stark differences to the untrained eye between the last and next gen versions here which is a shame as more is expected from Xbox One and PS4, but at least there’s uniformity and choice which is better than nothing.

Audio is of an extremely high quality with speech lifted from the movies and additional voice overs provided by a respectable cast. It all works very well alongside the rousing and dramatic orchestral score that keeps players well and truly immersed in each moment.

Longevity wise, the game offers many hours of play just for the story, although sadly ends on a cliffhanger due to the absence of the final part of the book which hasn’t had a movie release just yet. So, once the story has been bested players can then travel across the lands on foot, horseback or using fast eagle travel to revisit areas and hunt for numerous collectibles, unlock new characters and undertake many side quests. There’s a lot to discover here  which feels a bit disjointed when playing through the story, but makes more sense once the main missions are completed and full access to the range of characters is available. A lot of elements require specific character skills which aren’t forthcoming on the first play. Aside from tackling the adventure solo, there’s a neat drop in and out co-op play as well which is great for two players teaming up and playing nicely.

To conclude, LEGO The Hobbit is a class game that’s simple to suit its younger target audience of 10 and upwards, and fun enough for adults to enjoy as well. Younger gamers might also find enjoyment here although some aspects could be seen as a little too full on. As it stands, if you like the works of Tolkien and are a fan of the movies then this acts as a perfect accompaniment despite the abundance of humor in often serious scenes.  Whilst still not matching the greatness that is LEGO Marvel in terms of design and gameplay, this is still a commendable offering and one that’s full of content and well worth checking out.