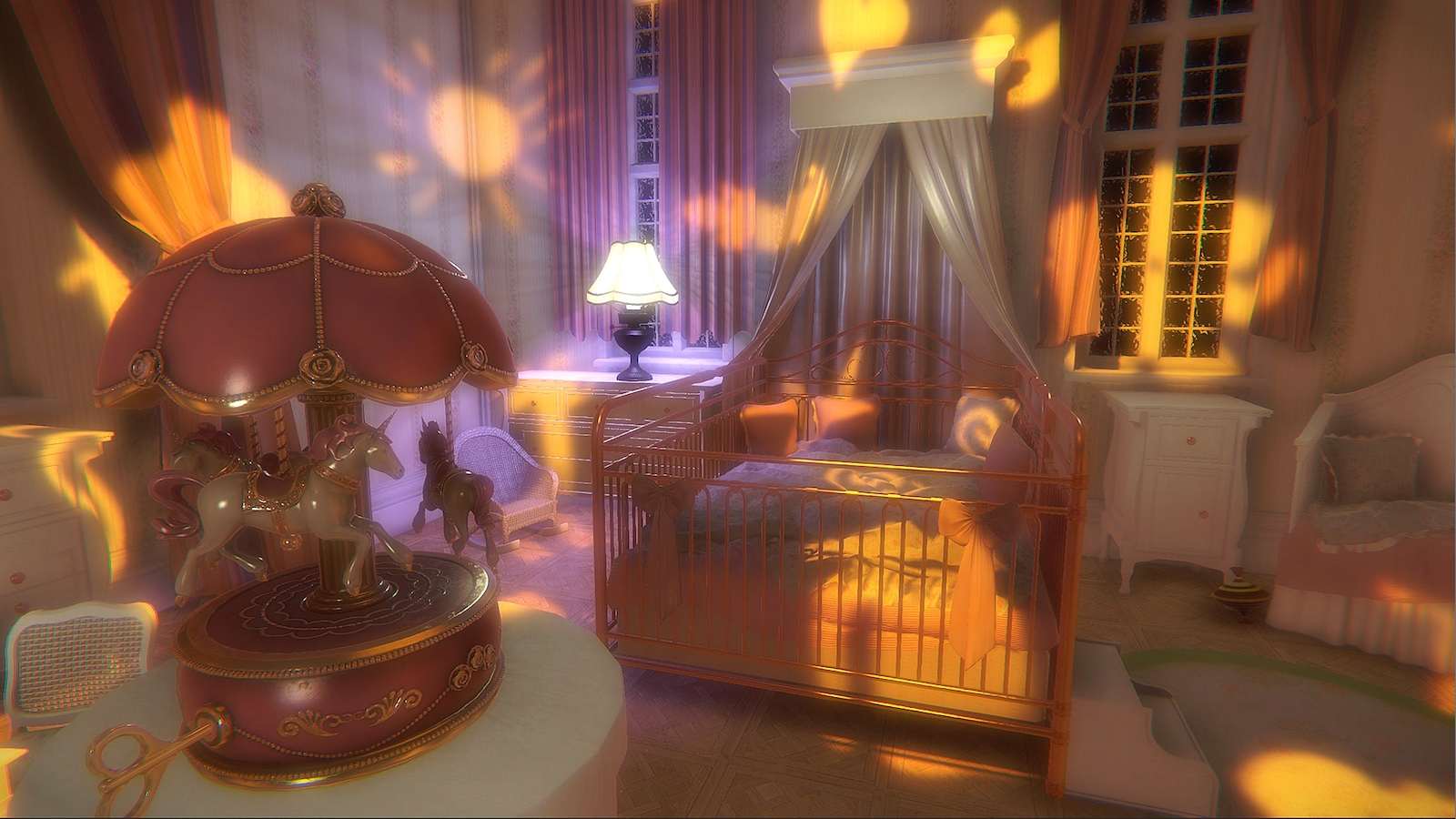 Bloober Team’s psychological horror first person adventure game Layers of Fear makes its way to consoles having enjoyed success on the PC. To be blunt, it’s a walking simulator which seems to be a popular genre at present. For those who don’t know, what this means and as the name implies you’ll be spending most of the game moving forwards through corridors walking (or in this case limping) and investigating rooms in a Victorian mansion. You play as a talented painter who is having some “issues” who sets out to finish off his masterpiece.

Due to the story driven nature of the game and its focus on self discovery it would be wrong to hint at any further details about what happens in the game as you progress as these are best uncovered as you play. It has to be said though, the story is told via way of notes and drawings and the odd bit of narrative when key items are interacted with. It’s vague and if you’re just in it for the horror you might feel a little at odds with what’s happening.

As players move around the mansion there are drawers, cupboards, light switches, locked doors to interact with where the path forwards isn’t always clear. As you progress though events become even more hazy and shrouded in mysticism and surreal visuals. For example, you might end up in a seemingly endless corridor of right hand turns, or a darkened boxed in room with no where to go. Cleverly the game switches on you opening up the path whilst messing with your mind as you play. It’s smart at times even though some of the obligatory jump scares are a little predictable. In fact, the scares are perhaps the least likeable part of the experience and not something to be mindful of. Whilst there’s plenty of tension built up it never feels threatening to the point of leaving the player vulnerable – there are no real deaths here. You can quite easily just waltz through the game marvelling at the shifting visuals more than anything as perhaps this is the game’s greatest asset rather than pure horror. 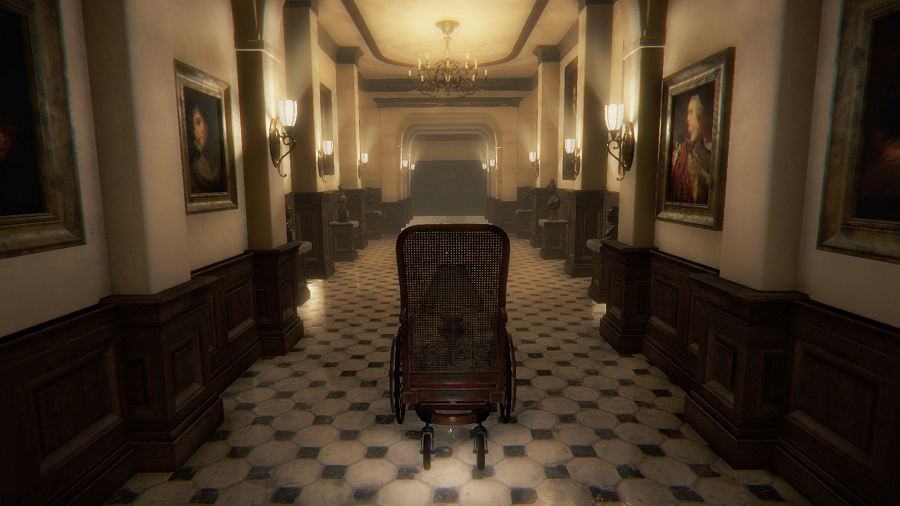 Layers of Fear features some excellent visual elements that bask in its horror styling and just ooze creepiness at every turn. There’s an abundance of cleverly placed period paintings that add to the mystery and just feel well at home among all the twisted graphics effects. It’s a great looking game with high resolution textures and neat lighting and shadow effects. On PC the game runs pretty smoothly (depending on your system) whereas on Xbox One at least the game enters another kind of nightmare that’s not favourable at all. The frame rate is abysmal and dips way below acceptable levels to the point where the game is almost unplayable due to the stuttering and movement which might induce sickness in some players. It’s not been well optimized for the system and really hampers the experience. Whilst it’s possible to persevere with the sub 30 frames per second it’s takes away from the game quite dramatically especially when compared to how it should run when looking at the buttery smooth PC version.

Audio is of a high quality here with excellent use of spot sound effects and dramatic music when required making for an accomplished aural assault to fit the ever changing visuals. Whilst the dialogue is limited, the sparsity works in the game’s favour where it’s just the player and sound effects with haunting music for company which just works for this style of game. 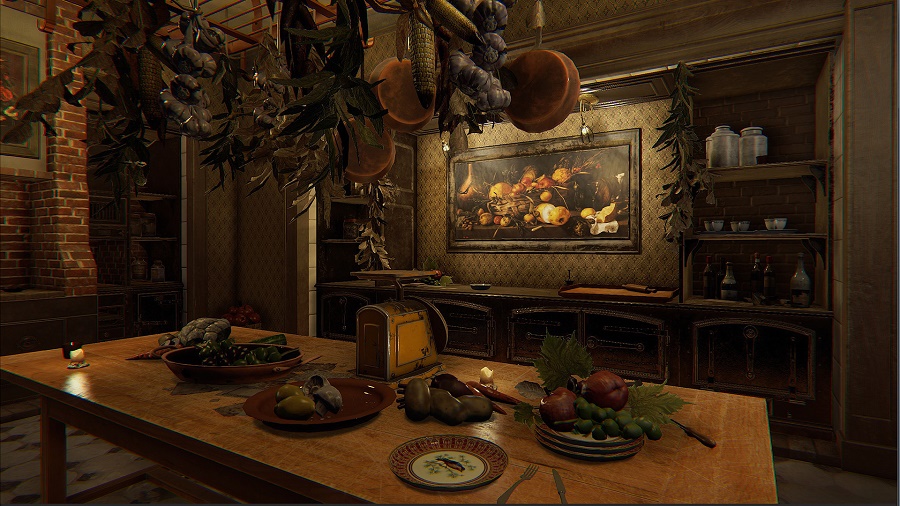 Layers of Fear isn’t the longest of games and perhaps if you’re not thorough in reading the text documents you might miss the point of the story completely even if the ending is well open for interpretation. It’s hard to say whether there’s replay value here because once you’ve experienced it the first time the effect is muted on subsequent plays.

To be critical, Layers of Fear isn’t the most original game as it uses horror tropes we’ve seen time and time again. Its corridor herding of the player isn’t going to appeal to everyone either and at times there’s a real vagueness that slows the pacing down. It is a visual tour de force though and when running smoothly works very well with some imaginative (albeit not very scary) surreal moments. If you’re a fan of horror games then it’s likely Layers of Fear will not stand out from the other games you’ve possibly played and won’t frighten you one bit which kind of misses the point of a horror game. However, as a first person adventure with a twisted story to delve into it’s not bad at all and worth the five hours or so investment. The performance problems on Xbox One are game changing though and if that’s your only outlet then the reality is to avoid until its fixed or at least being sold far cheaper than it is now. Layers of Fear is a good walking sim that’s thought provoking but does little else to involve the player aside from passively watching surreal visuals unfold before you.