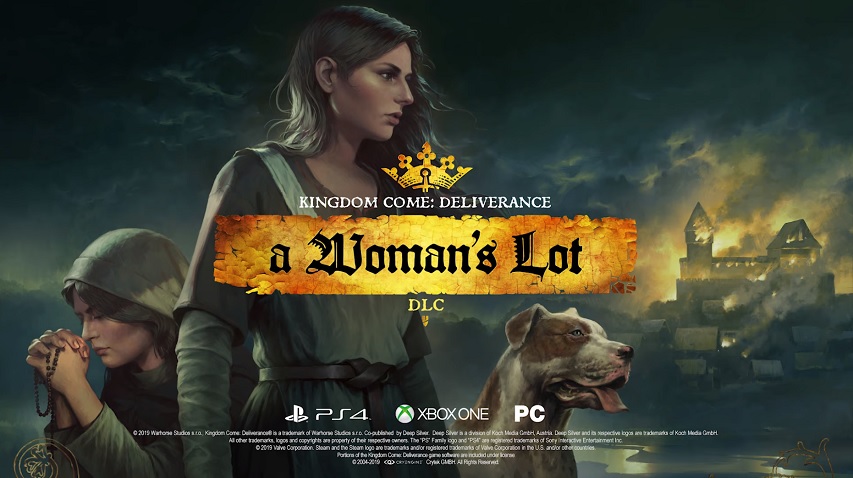 Deep Silver released a trailer for the DLC Kingdom Come: Deliverance – A Woman’s Lot which is available now for PC. The DLC is also for the Xbox One and PS4 versions.

In A Woman’s Lot you play as Theresa accompanied by her loyal dog Tinker in a standalone questline. You will experience the ordinary life in Skalitz and later witness fateful events of Sigismund’s raid from a completely  different perspective. A Woman’s Lot provides the last puzzle of the Skalitz story, as you find out what happened just before Henry was found unconscious.