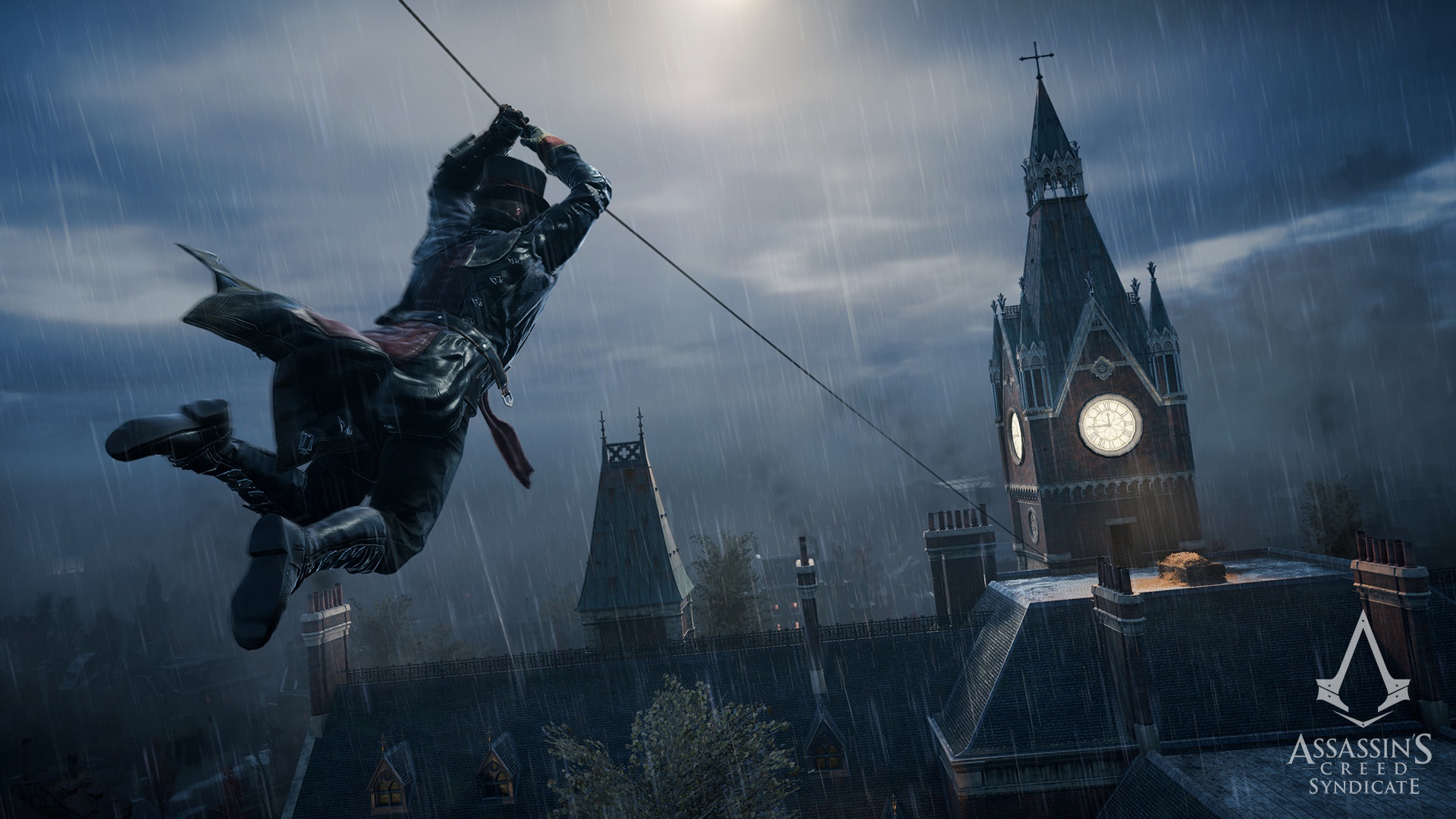 We recently spent several hours playing Ubisoft’s Assassin’s Creed Syndicate on the PS4 and came away impressed with the game despite the similarities with past ventures. Believe it or not, and in light of almost a year since the last game Assassin’s Creed Unity, Syndicate is shaping up to be an impressive feat when it launches next month. Yes there are distinct tropes which we’ve come to expect from the stealth/action hybrid gameplay which has evolved little, but then again there’s a different tone to the London setting we’ve not seen before giving the game a new leash of life thanks to its gang warfare element. Aside from a more darker aesthetic with its smog filled industrial Victorian backdrop, there’s a real sense of progressiveness with the game’s navigational systems when getting around town. There’s a horse and carriage at every turn which beats the age old running on foot through the crowds if you’re in a hurry and once you’ve reached a certain point in the story the rope launcher adds much verticality to navigation and how missions are tackled. And let’s not forget trains and the massive river Thames splitting the city in two and the way it’s filled with craft act as an alternate means of getting around.

In a way, it’s correct to feel this latest game is more rehash than originality, yet at the same time there’s enough scope here to provide a thrilling continuation of the series with new characters Evie and Jacob Frye who bring their own personalities to the fore. Having the option to play as a male or female character is good, and there’s plenty of customization options as well to tailor the looks and weaponry to one’s choosing. So it’s all looking good so far for fans who are after more of what they expect from the series with a different story from which to cast their adventures. The question is what camp are you from. The side which sees the series as mere verbatim features under a different guise and are happy with that, or the other which feels it has become too stagnant with a lack of the “assassin” flavour which made the original games so compelling? Using Syndicate’s industrial theme to create an innocuous pun, the question remains has the series run out of steam or is merely going through perpendicular motions? Well, until we get our hands on the final game it’s hard to say if there’s merit in such sentiment or whether being familiar is such a bad thing in the first place considering we are talking about video gaming here. At least from what we’ve seen thus far, there are some new strokes to make Syndicate feel like an evolved experience since last year’s offering, although admittedly it’s not on the same level as Black Flag which cemented its identity rather flawlessly and has since been a tough act to follow. Either way, we captured some 45 minutes of Assassin’s Creed Syndicate gameplay from the PS4 version which gives an idea of what you can expect from sequence 3 and 7. Check it out and then make up your own minds whether Assassin’s Creed Syndicate is going to be fun to play or something you’ll pass by on this occasion.