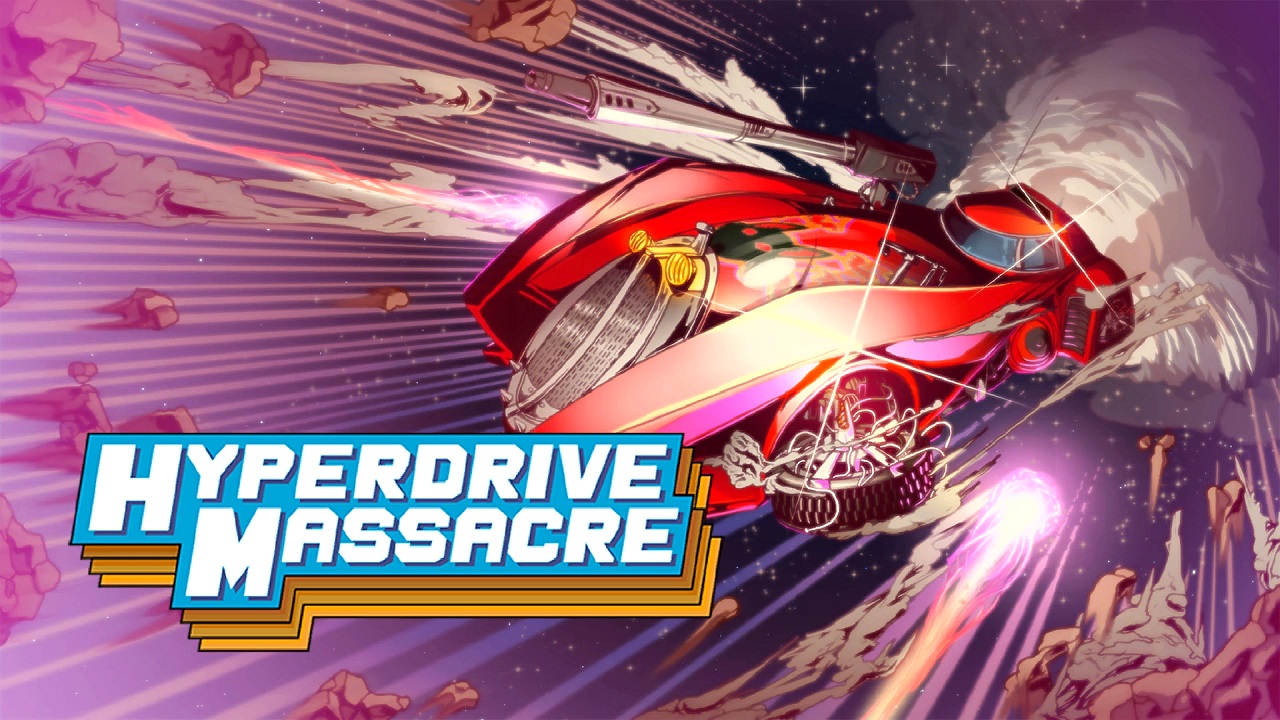 34BigThings releases its Hyperdrive Massacre PC game on consoles as it aims to provide a party of up to four players some space themed driving action. However, after just 10 minutes play it’s clear that this game whilst sounding good on paper is actually pretty basic and the sort of shovelware gamers should avoid unless they really have to. Sure, someone somewhere will enjoy playing one of the six modes on offer but dicey controls, lacklustre graphics and nothing to flesh out the characters makes for a niche game that will appeal to even less numbers of players.

To begin, there’s Deathmatch, Team Deathmatch, Death Race, Space Soccer, Last Man Standing and Spong of which half of these modes are not playable if you’re on your own which is big negative right off the bat. Lone players can play Death Match, Death Race and Last Man Standing against one to three AI opponents which come from a neat looking bunch of sci-fi misfits. There’s no introduction to the teams or back story making selections more akin to personal preference of the characters looks rather than any deep and meaningful differences in abilities. Perhaps the biggest problem with the gameplay are the poor controls which take some time to get used to. They are floaty and just feel too unresponsive for the type of game this is. Coupled with the pinpoint accuracy of the AI and you have a game that will quickly be relegated to removal from the console. It’s clear the game has been designed with four local friends to play in the absence of an online multiplayer but this highlights another of the game’s issues in that due the tiny size of the vehicles makes it hard to see what’s what when there are three other players battling it out for supremacy. Whilst the Asteroids like inertia sounds good on paper for a space vehicle game, it just makes things more complicated than they should be and drains quite a bit of the fun from the experience. 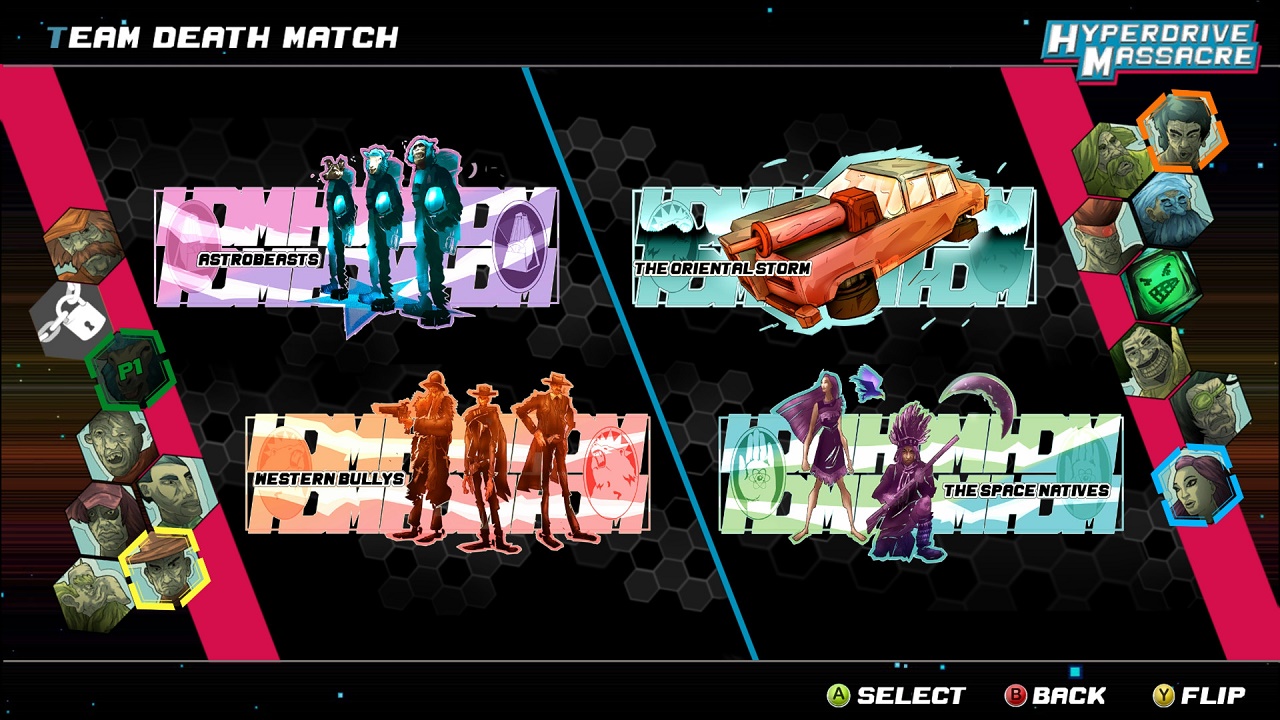 So, to conclude here. Hyperdrive Massacre sounds like a cool game from the name alone and does feature some neat music to drive things along but once booted up you’re only offered half the game as a lone player. With no online multiplayer you’ll have to get three other friends to purchase the £7.99 game to get the most from it. There are AI players in three of the modes which just reeks of lazy not having them programmed for the others. That said, the basic shooting of your opponents, picking up power-ups to change weapons and sliding about the screen as a small customized car doesn’t make up for a game you’re likely to want to put down after half an hour. It’s not worth the asking price and to be frank not worth bothering with unless you’re drunk. 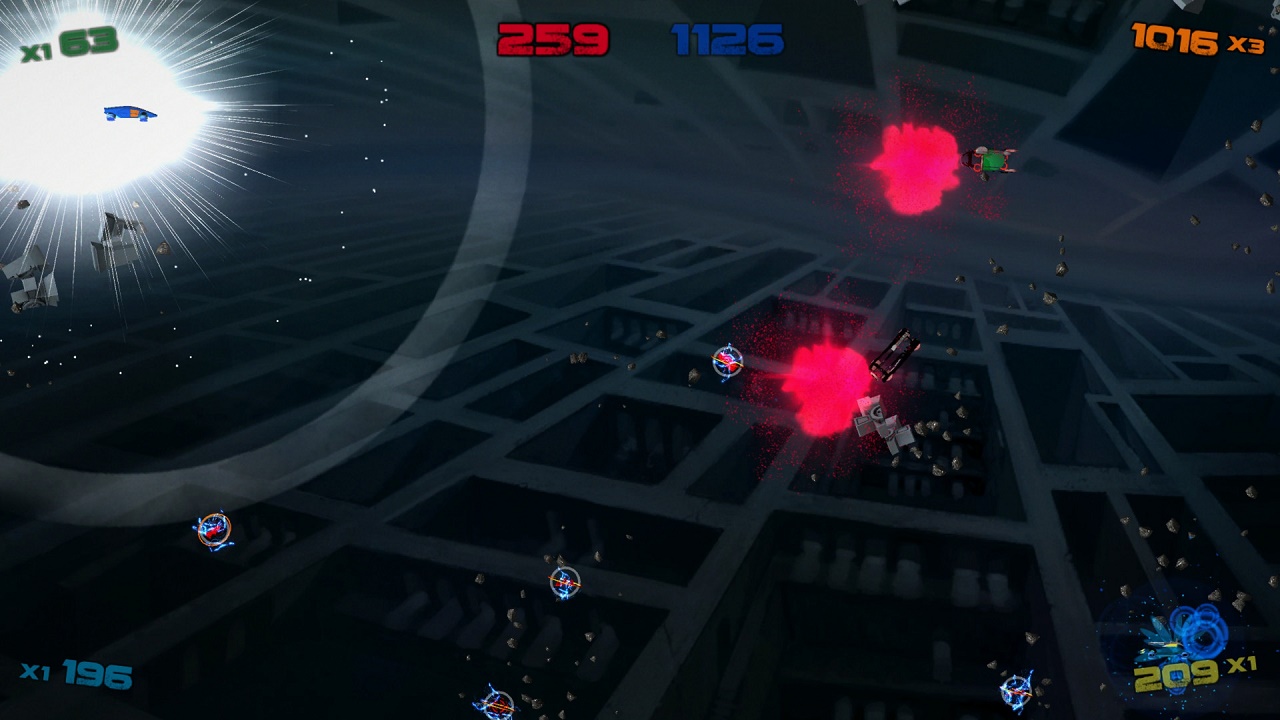 Note to developers. Flesh out your game with more interesting points for the characters. Add some sort of vehicle specific abilities and progression for unlocking more skills. Add AI routines for all the modes so you don’t lock out solo players from an already bare bones number of “samey” modes and add an online component if you’re gunning for a multiplayer centric title. Anything less in this day and age is just not worth the effort unfortunately.