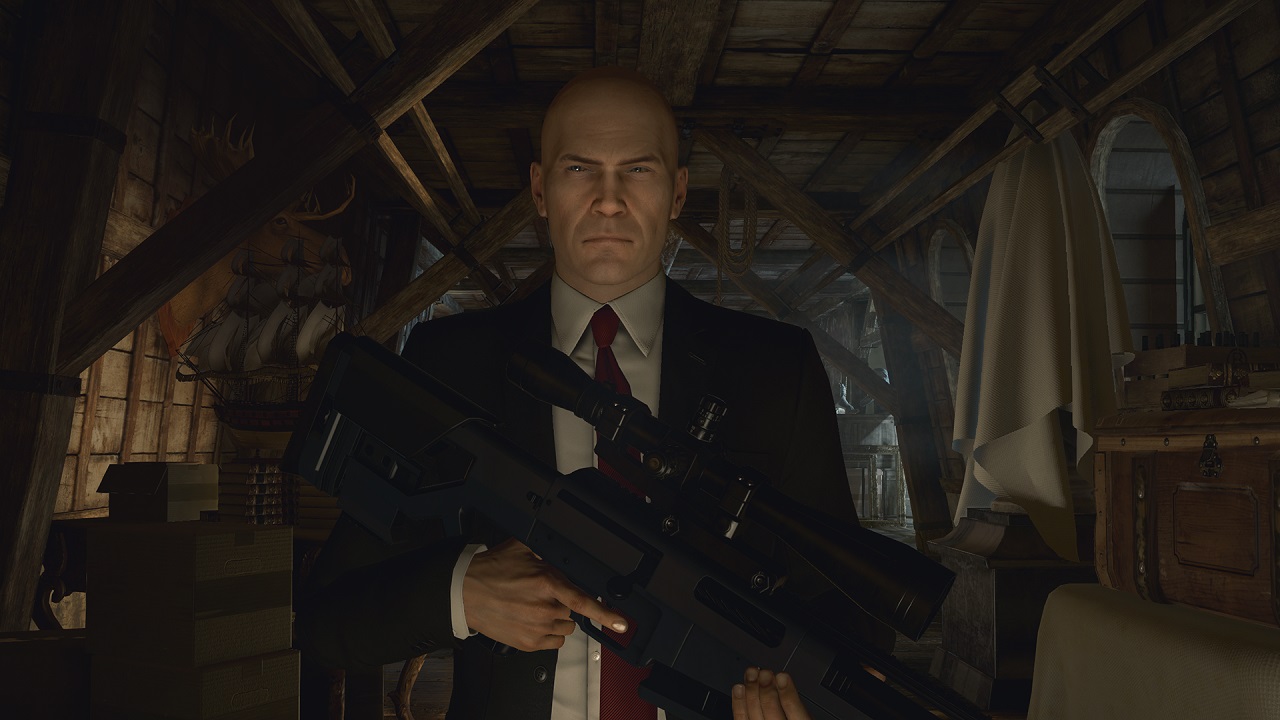 IO Interactive launched its eagerly anticipated first episode of its HITMAN game which comes with the three locations to work through and offering missions and contracts to carry out in the sandbox style environments. We’ve already been spoiled with the Beta which offered the first two locations so with those already played to completion what’s left to do? 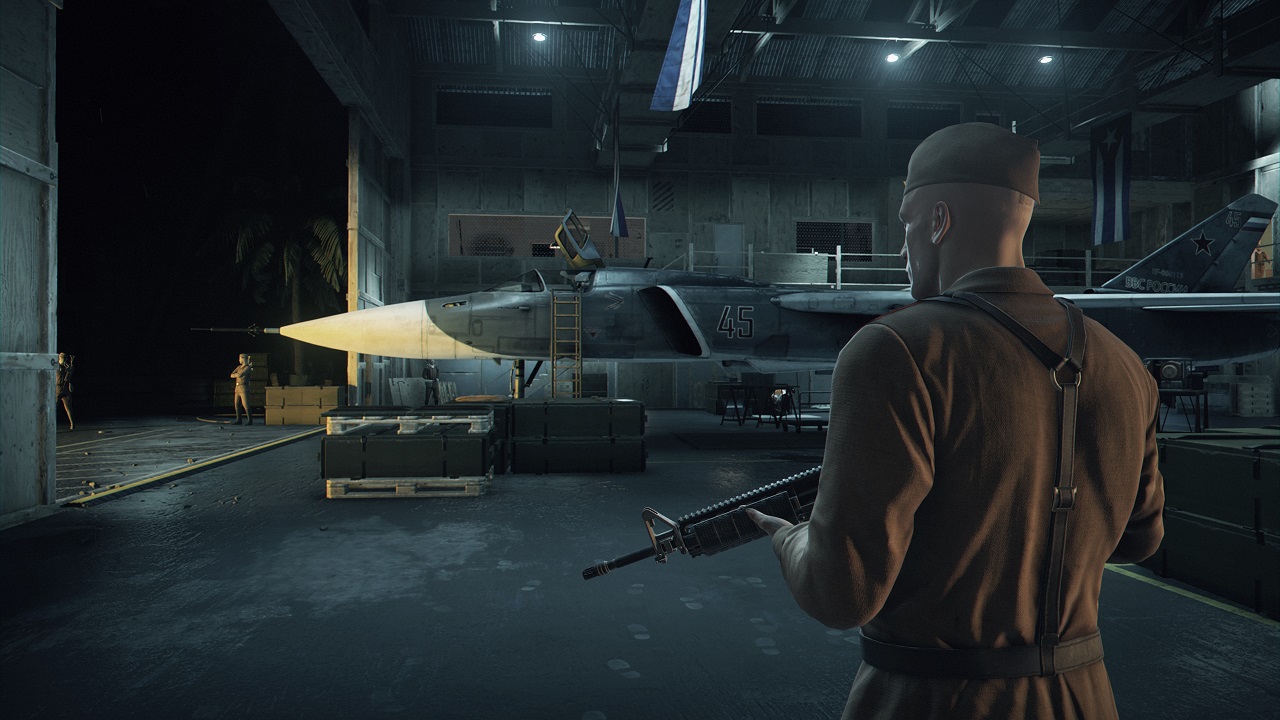 Episode One provides a (The Showstopper) Paris sandbox to mess around in and with it comes two new targets to take down (Viktor Novikov and Dalia Margolis) if you’re following the story to the letter. As before, there are several ways to infiltrate the locked off zones by way of donning the correct outfit and then plentiful opportunities to take out the two marks. In fact, you’re free to choose how to approach the mission where who you drop first is entirely up to you. Its this free-form approach which makes the Hitman series such a joy to play and with the large and expansive map on offer (in the Paris level at least) you’ll have enough variety to get the job done after spending some time scouting about. 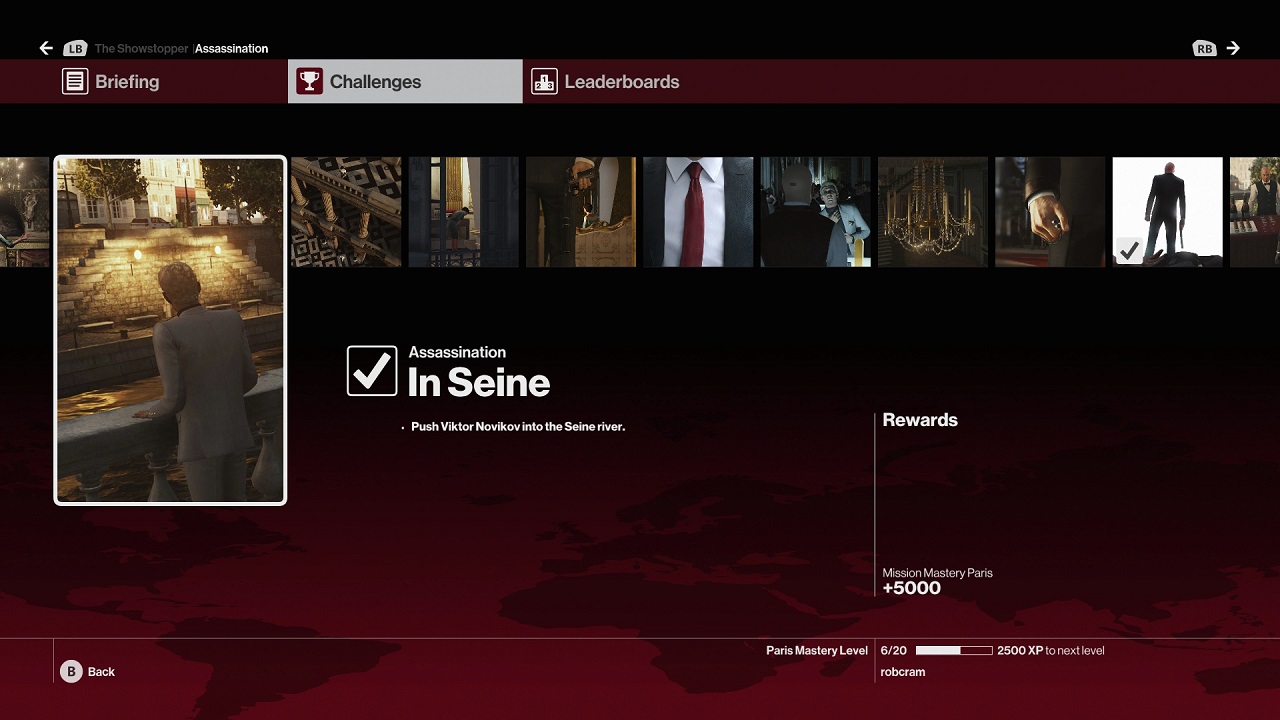 The game does seem to hold the player’s hand quite a bit though with the inclusion of challenges and opportunities which can be tracked at any time and give the player a more directed presence rather than self discovery. The idea of this first episode is to play each mission once, see how you get on then try again multiple times performing different actions each play through. The Paris map is open enough to keep things interesting but sadly there’s still a lot of familiarity with the location once you’ve seen it all on a first playthrough. What might have been a better approach is having additional areas unlock on subsequent plays to keep things fresh. In fact, the entire package feels rather familiar thanks to the Beta which has effectively spoiled half of what’s available here. For those looking for fresh pastures are probably going to be disappointed with just the three maps unless you skipped the Beta entirely and come at the game with fresh legs.

In terms of the gameplay, IO Interactive has produced a well polished experience which works well with its reactive AI routines and subterfuge actions. There’s plenty of opportunities here although if you’re looking more towards and action approach then sadly you’re probably out of luck because getting into firefights isn’t the intended way to play and Agent 47 doesn’t last long once the bullets begin to fly – a plus for realism then. 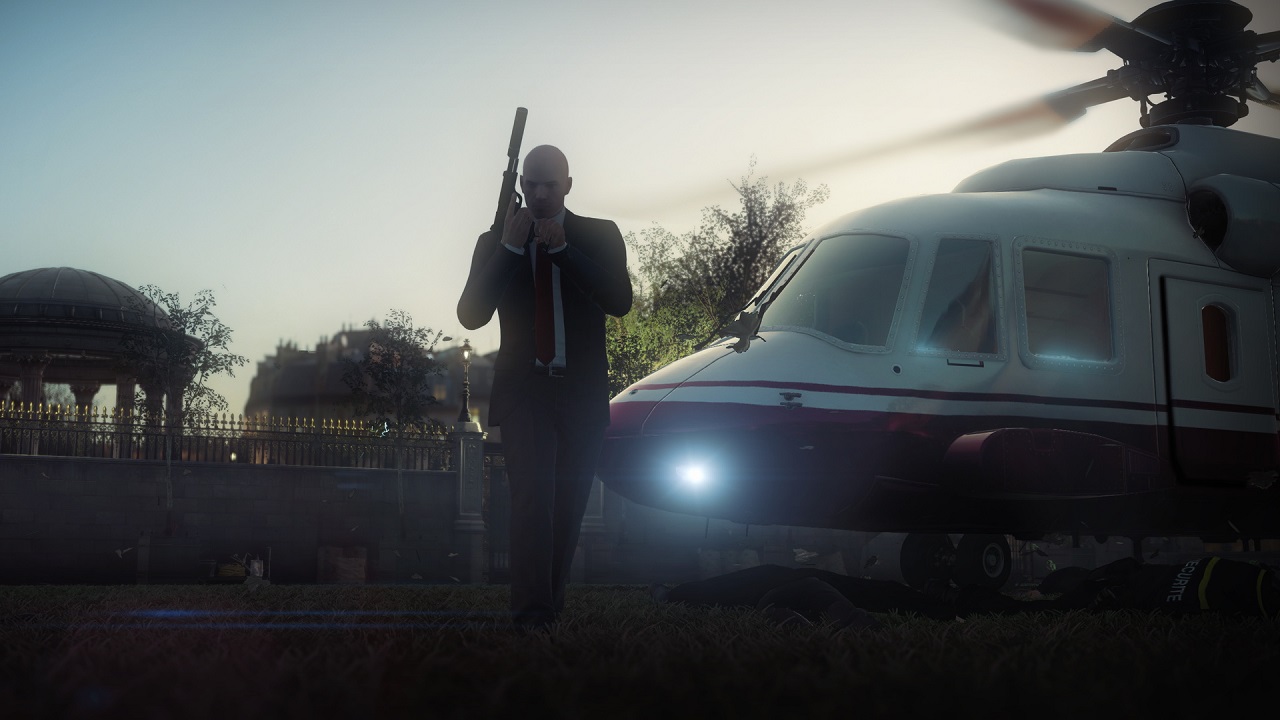 What is the biggest draw from the package is sneaking around in plain sight, using the costumes available and generally making a nuisance of oneself without being detected. As with the last game Absolution there’s additional contracts that can be played where any NPC can become a mark. Players can create their own and share with others or tackle the official or featured ones available. These elongate the experience quite a bit if replaying the same levels over and over doesn’t grind your gears. In many ways the episodic approach IO have taken has meant a less impacting game. Absolution and the previous games in the series had enough variety to keep you hook and obviously had a more cohesive story to admire, yet here there’s quite the disconnect where it just feels like playing through a level without much rhyme or reason despite there being CGI cutscenes presenting the story – which is a bit cliché (a pair of high profile criminals selling black market NOC lists of agents). 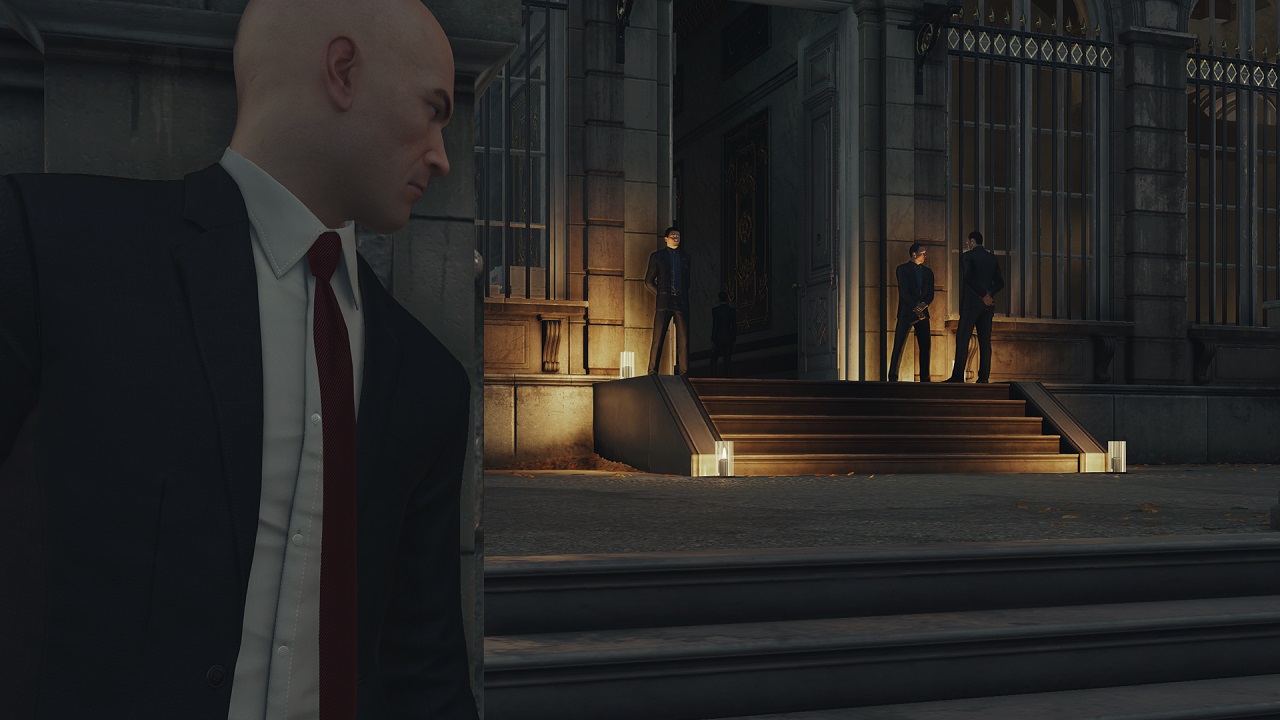 Presentation wise the game’s menus are pretty slick, easy to navigate and informative to coincide with the game looking great on all fronts with some excellent, animations and attention to detail especially in the Paris level. There’s lots of fine visual quirks to look at from the ornate period styling to the modernized catwalk and all its circuitry. It’s certainly pleasing on the eye and offers a grand sense of scale with its many rooms, nooks and crannies to explore. There’s also an impressive number of NPCs who not only engage in more believable activities with each other but react to your presence as well which gives the game a more personalized feel. There’s really not much to fault here in terms of the visuals although on PC running the game on maximum settings is pretty demanding, even for top end graphics cards where a steady 60 frames per second isn’t easily maintained. Audio is also of a high quality with solid voice acting and lots of sound-bites to take note of as you play which keeps the gameplay enticing when you move around the levels. 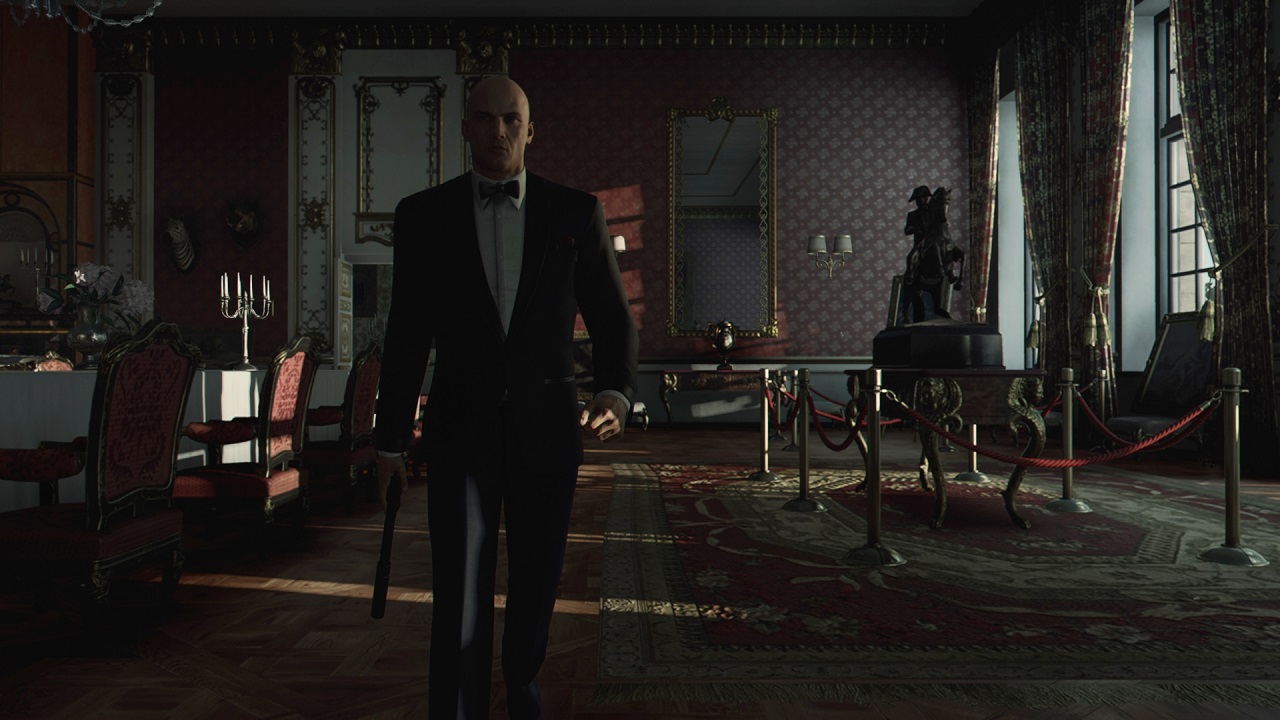 HITMAN Episode One presents itself as a bit of a gamble for IO Interactive. On one hand it’s great gamers can jump in to the Hitman experience now rather than later – with promise of more content in the not so distant future. However, there are naturally going to be some gamers who would prefer a more encompassing game rather than bite sized chunks. Although it’s possible to rack up quite a number of hours here across the contracts and multiple ways to complete the main three missions it doesn’t do much for those who want a bit more variety. Obviously some players will simply go for the jugular and take out the targets without replaying again and its those people who will have missed the point of the exercise but at the same time shouldn’t be penalized for wanting to play in this manner. In this respect it’s perhaps hard to suggest holding off until more episodes are available. 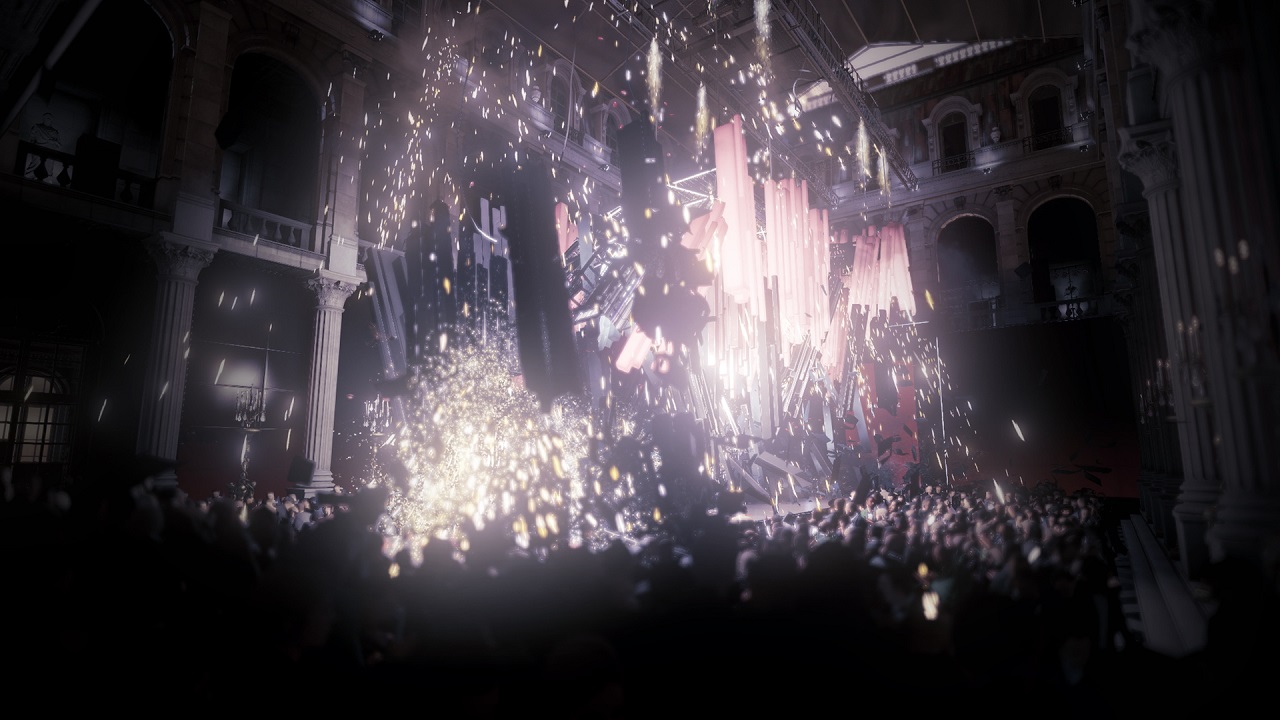 That said, if you do get bitten by the Hitman bug (considering its been quite some time since Absolution) then you’ll find an enjoyable three missions to sink your teeth into, experiment with and marvel at. There’s a neat game here which although does hold your hand quite a bit taking away some of the mystery of previous games, it’s still good fun to play through although your mileage is dependant on how willing you are to jump back in to the same levels over and over.