IO Interactive has today announced a firm Hitman release date after the game which was supposed to release this year got delayed. According to the official web page the game will now launch on March 11th 2016. The initial launch will feature three main locations which consist of Paris, Sapienza and Marrakesh and will offer six campaign missions and some 800 targets for the returning Contracts mode. Take a look at the infographic which provides details of what gamers can expect from the Hitman launch. 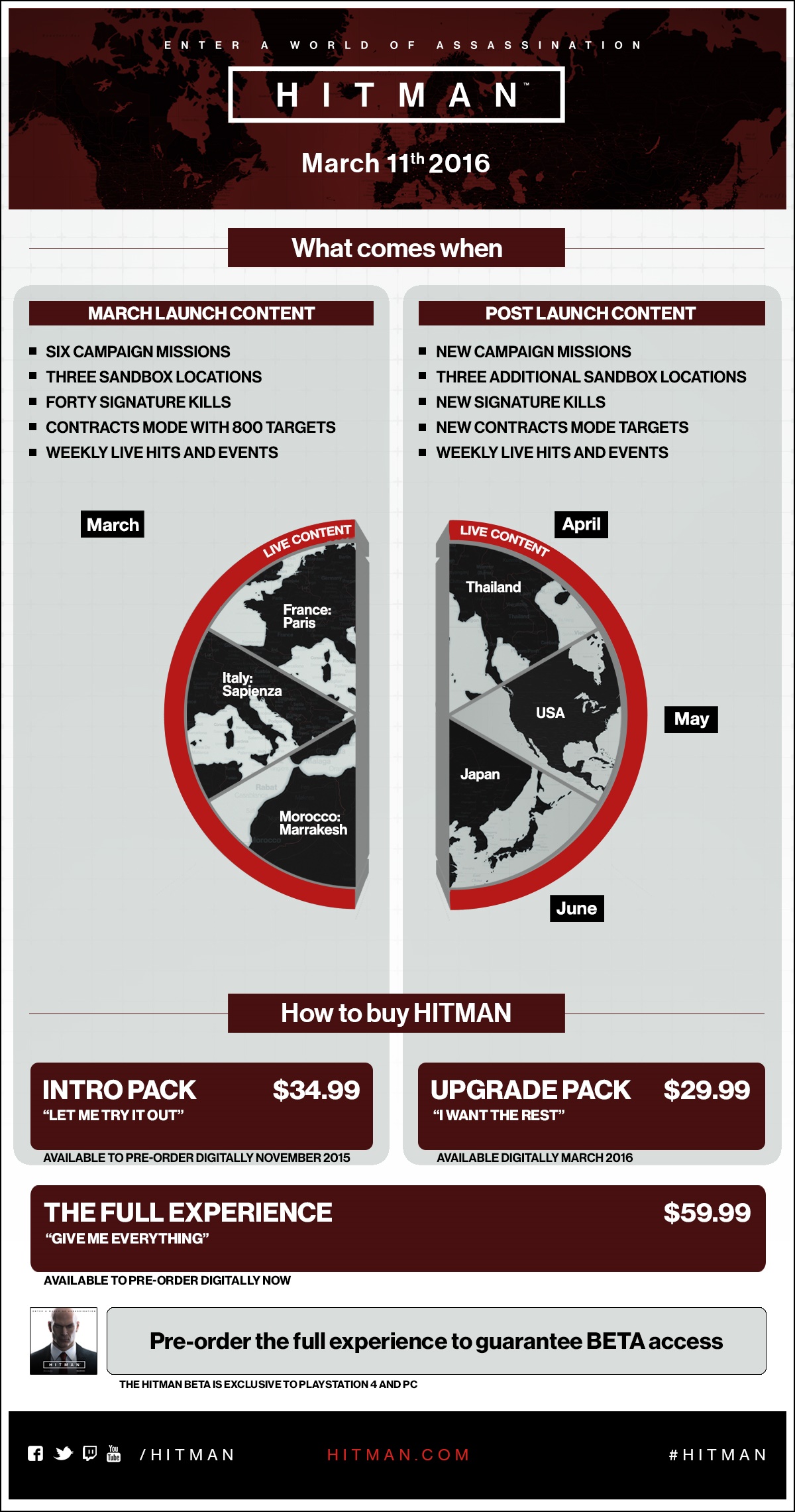