When the Xbox 360 was announced a plethora of beloved franchises and new intellectual properties drew me to purchase a new console. I’d like to say it was all because of Halo 3, but after seeing the Mad World trailer for Gears of War I was hooked. When it finally launched hours of my life were sucked into the gripping co-op campaign that was full of features many games today borrow from as well as a riveting multiplayer experience. The franchise went on to spawn multiple sequels that elevated it to new levels and enthralled more gamers to the world of hulking COG soldiers and locust hordes. Since this money making machine is property of Microsoft it only makes sense that they’d want to transition to the Xbox One. Gamers knew it wasn’t a matter of if we’d get a polished Gears on the One, but when would they finally release it. So does Gears of War Ultimate Edition – a game almost a decade old (holy cow it has been that long!) with some extra TLC warrant a purchase at two thirds of the cost of new game? 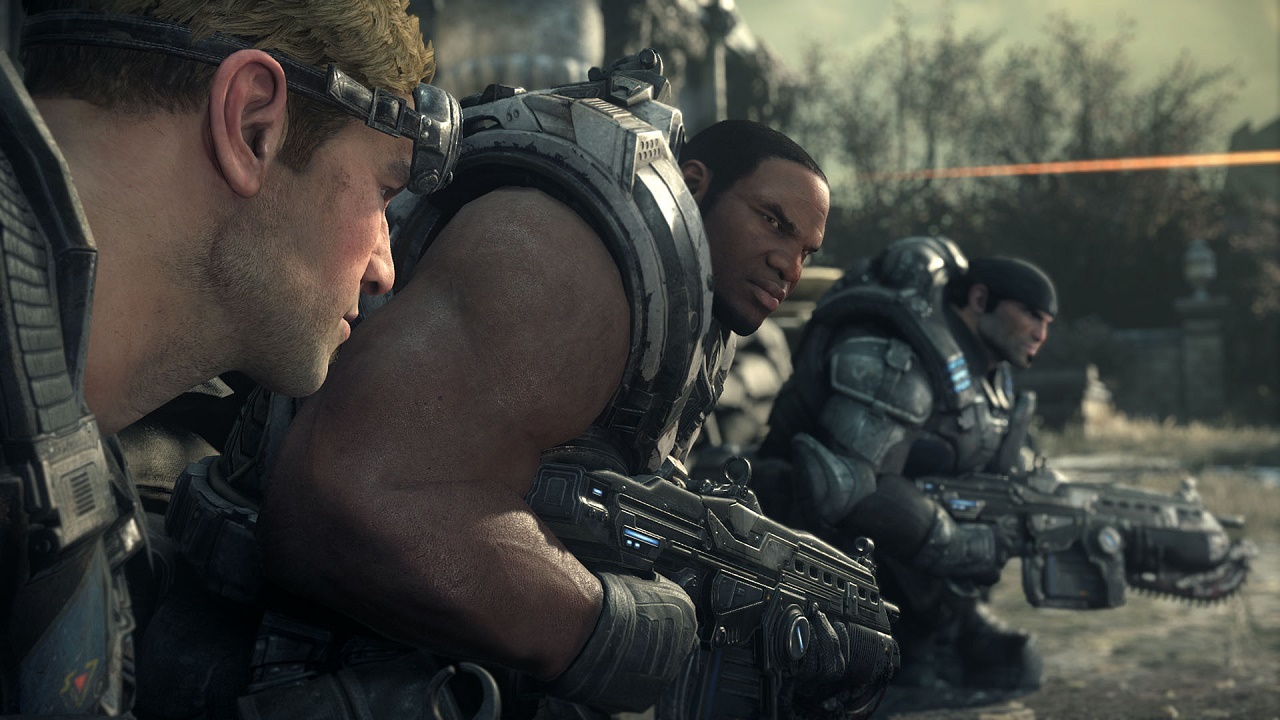 If you don’t know what Gears of War is all about I’m glad you’ve finally crawled out from under your rock or have finally come of age….let’s give you a brief synopsis. You play as Marcus Fenix, a COG soldier sprung from military imprisonment to fight hordes of subterranean monsters called Locust. The locusts are hell bent on taking control of the planet Sera and killing off all human life under the command of General Ramm who is larger than life and more badass than the Arbiter and Brutes (from the Halo series) put together. As you play through the first chapter you’re met with what was once a unique cover system where you can blind fire at enemies and roadie run to the next area of cover. Many games have implemented systems similar, but Gears nailed it. There is also an active reload feature that keeps you in the mix where other games leave this as a non-engaging experience. It keeps you on your toes to load faster as well as gives you the ability to inflict more damage if the reload button press is timed perfectly. 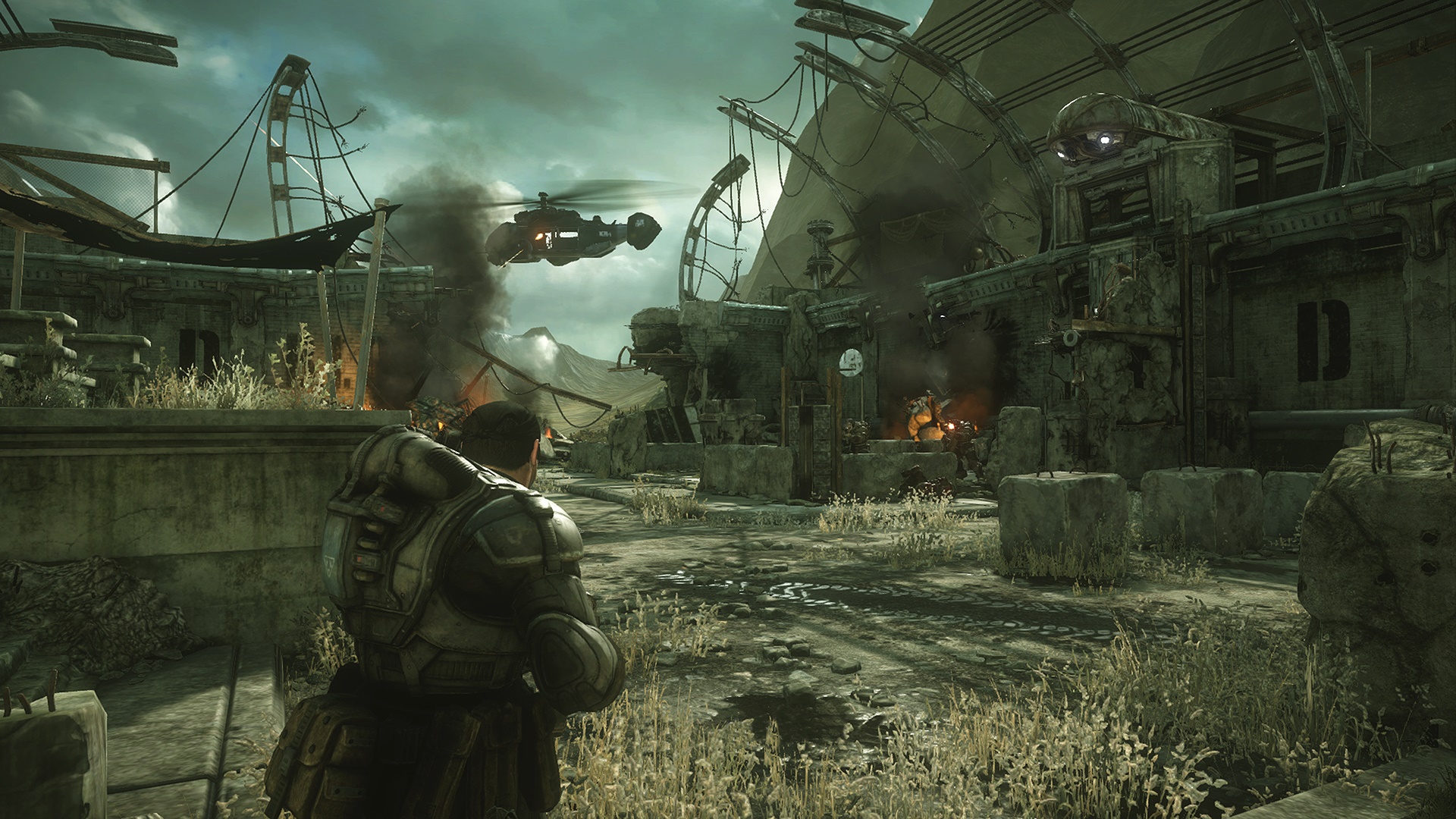 Gears has always been about non-stop action and cinematic cut-scenes that revolve around a deep and rich story. While the combat is still amazing and absorbing as it ever was, the story and level design feel dated. Sure there was never much interaction between other characters other than sarcastic remarks, gruff one liners, and barking orders, but it always seemed to work with the intense encounters back then. Now it feels old and forced instead of a fluid transition between gameplay and cut scenes. Through the 5 different chapters things always feel predictable without a break from the formula except the occasional route choice option. Replaying a game almost always feels this way, but after such a long break between the original and the re-release you’d expect it not to feel so monotonous.

Right off the bat you can tell there has been plenty of love put into updating the graphics and higher resolution textures throughout the entire game. Every level, character, and object was given an extra touch of paint to bring things up to date, but you’ll still see some flaws on occasion like the light and character movements. Still, when compared side by side with the 2006 version you’ll be blown away by the differences and wonder why we ever thought the original graphics were astonishing. Ultimate Edition boasted a rate of 60 FPS, but during the campaign it is actually only 30. They saved the 60FPS for the multiplayer which is the go-to for long time Gears fans. 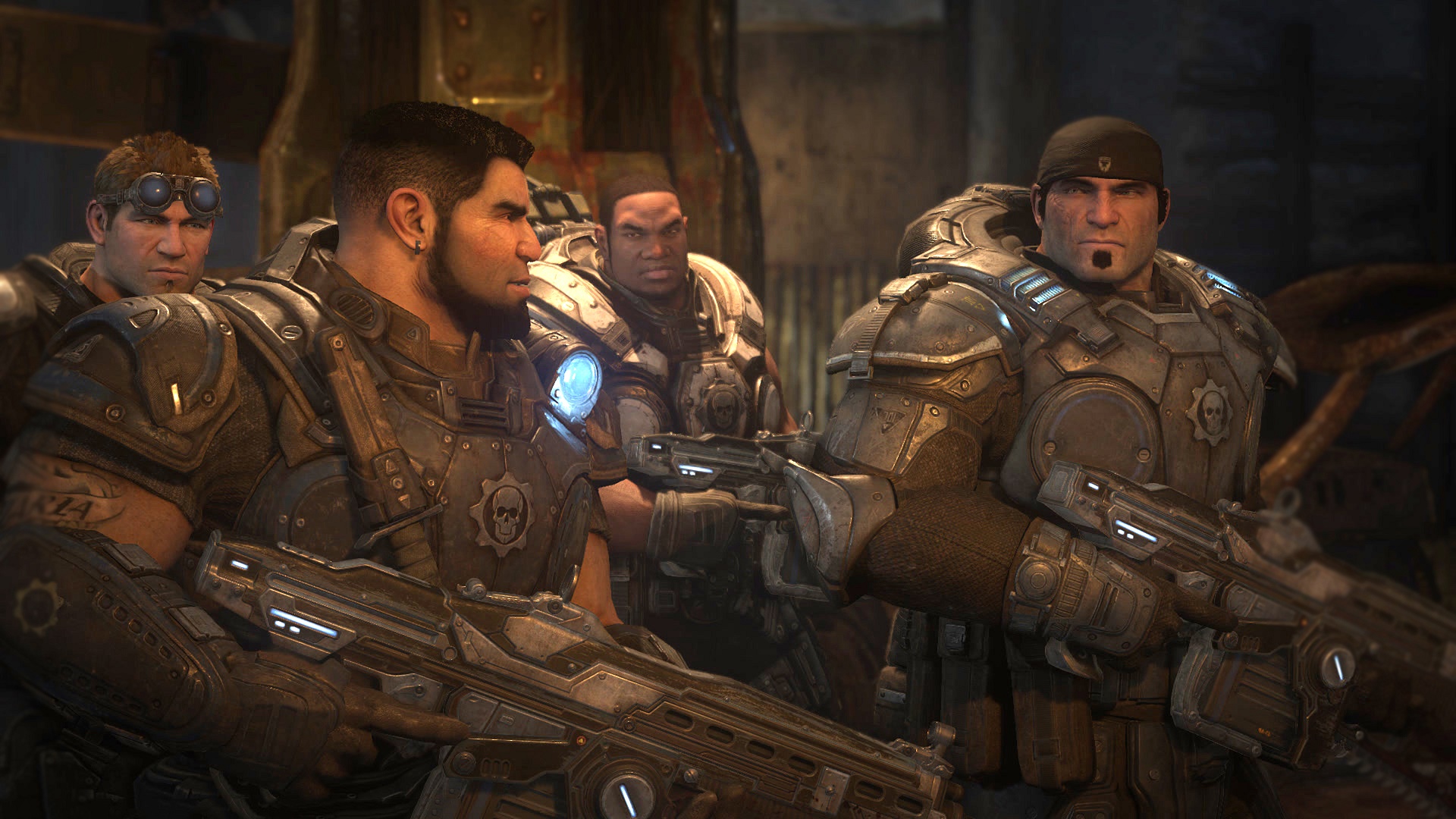 Competitive 4 vs. 4 seems a little skimpy when you compare it to other games that show off 16 vs. 16, but it actually works for Gears of War. Each of the 19 multiplayer levels is symmetrical with power weapons scattered in familiar spots as each side struggles to gain an advantage, lock the other team in a choke point, or set up shop in an area to lay in wait for those who love to rush. Even with weapons like the boomshot, longshot, and torque bow, the gnasher shotgun has always been the go to for players and that is all too evident as you jump into a match only to have it turn into a gnasher orgy. Only gamers who excel at the multiplayer will likely stick to Gears for the long run which means that only the elite stick around making it harder for the average player to compete. It’s like bringing a knife to a gun fight…not much of a chance to win. 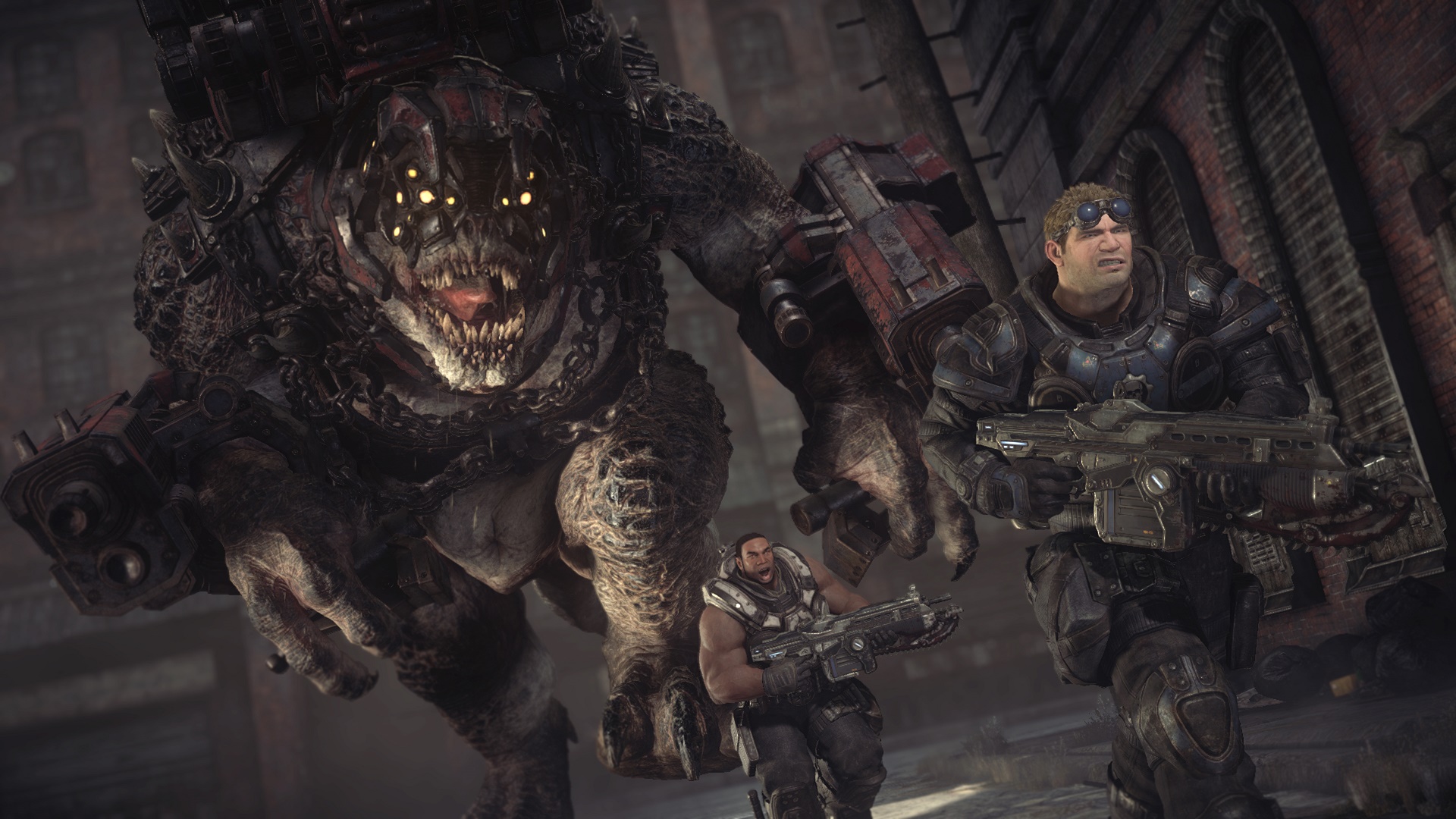 Although there are a few notable flaws with Gears of War Ultimate Edition it is hard to fault a game almost 10 years old with being true to the original that dazzled gamers. The visuals look great and the gameplay is smoother than ever with very few hiccups compared to the initial game. Co-op and multiplayer are still the bread and butter of the Gears franchise and you can really see they put a ton of devotion into this edition to bring it up to date with the current gen console. Only those who haven’t had a chance to play Gears or hardcore devotees will find the game worth every penny, but there are enough of those out there to make this game last for a long time. Gears fans everywhere know that this is just an appetizer for what Microsoft has in store for one of its fan favorite franchises.