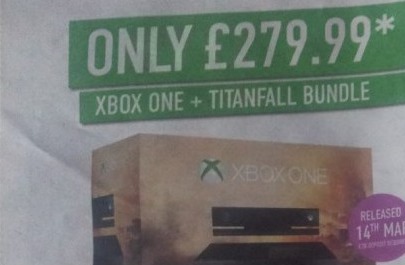 After the recent revelation  that Microsoft reduced the price of the Xbox one to £399 as part of an Xbox One Titanfall bundle promotion in the UK, some retailers are offering their own deals with high street retailer GAME throwing down the gauntlet by hitting the national press.  In today’s national newspaper ‘The Sun’, an advert suggests that gamers can snag the Xbox One Titanfall Bundle for £279.99.  There are conditions though which are stated in the almost unreadable small print which suggests that the offer is only available to those who trade in a PS3 and 5 games, or an Xbox 360 and 5 games – effectively offering £120 trade-in value. Either way, the tactic used to draw attention to the deal certainly works, as an Xbox One for this price at a glance when reading the newspaper seems fantastic. The actual offer itself, whilst reasonable to some, isn’t necessarily that great considering what you would be giving up potentially. What the deal does highlight though is how aggressively retailers are promoting this particular bundle and the Xbox One in general, whereas it seems the PS4 is selling itself.

Using a popular newspaper like The Sun, to promote such a deal outside of its own resources is a great way of getting customers into the GAME stores, which last year was on the brink of closure due to massive competition from other retailers such as supermarkets and online giants like Amazon. Game has seemingly turned its fortunes around, and with super deals like this one being presented on a national scale means the company is still very much in business. 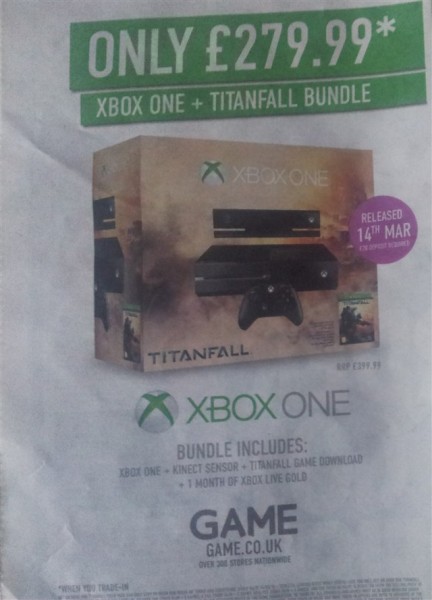