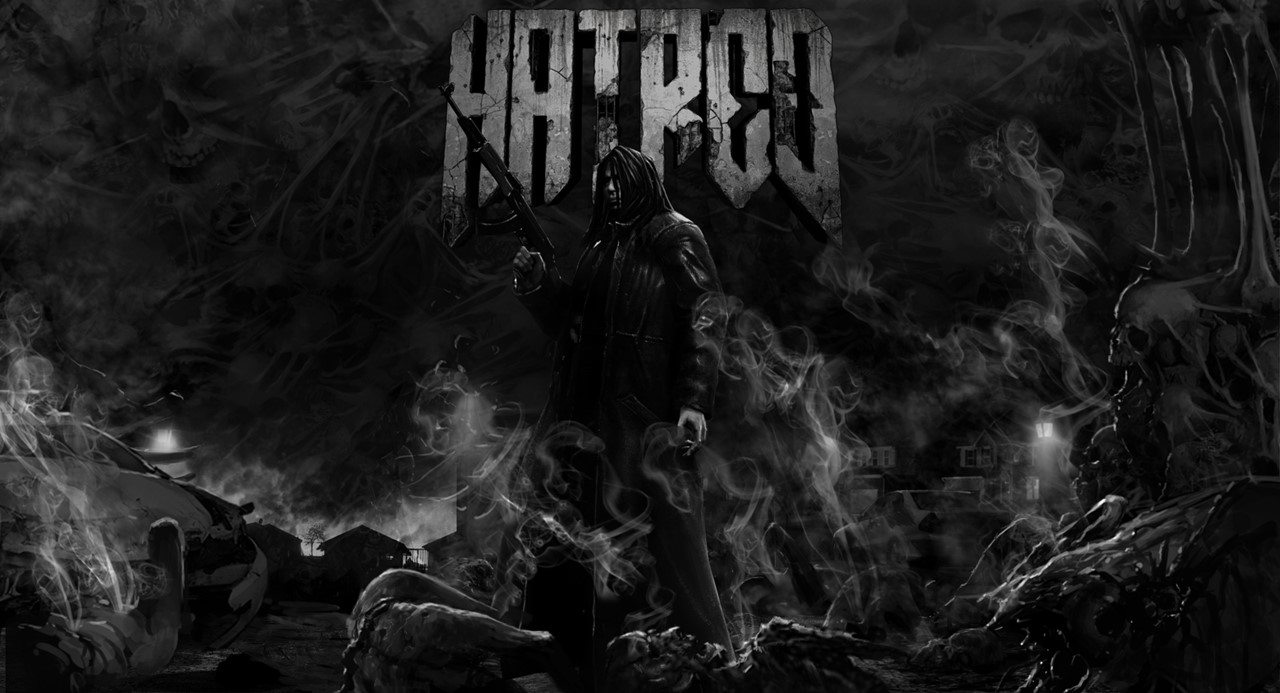 The oxymoron titled Polish indie developer Destructive Creations released a first look trailer for their new game Hatred which has somehow managed to cause a stir amongst mainstream and gaming media despite merely offering the same graphic violence we see in many games every year. Destructive Creations has an angle with their bloodthirsty project in that their mass-murder themed isometric shooter merely opposes an established status quo as an act of entertaining expression and I quote the official press release:

“In times where a lot of games are heading to be polite, colorful, politically correct and trying to be some kind of higher art, rather than just an entertainment, wanted to create something against trends. Something different, something that could give the player a pure gaming pleasure. This is how the idea of Hatred…”

But why all the fuss? In terms of marketing, it’s obviously “Mission Complete” for Destructive Creations as people are talking about their game whether it’s welcoming positive criticism or reasoned negativity, the exposure is all good. There are now thousands of eyes looking at the project so its controversy has been great advertisement for a game which below the surface does very little to actually be different from its peers and looks interesting by design but quite basic. Perhaps it’s the lack of reason or motive as detailed by the chilling description the developers have presented (which is quoted here) that jostles peoples insecurities and suggests a double standard in gaming where killing is only OK if there’s a genuine relatable purpose behind it somewhere:

My name is not important. What is important is what I’m going to do. I just fu*kin’ hate this world. And the human worms feasting on its corpus. My whole life is just cold, bitter hatred. And I always wanted to die violently. This is the time of vengeance and no life is worth saving. And I will put in the grave as many as I can. It’s time for me to kill. And it’s time for me to die. My genocide crusade begins here.

It spells it out in no uncertain terms that this time the lead character has no morals, or fundamental reasoning other than the abstract purpose of killing people regardless of who they are. A dive into the anti-hero theme explored so richly in popular culture and a contrast to being the traditional “good guy”. An indiscriminate killer then that doesn’t have some worthy cause to justify the gruesome actions, a harking back to an age where stories meant nothing and it was all about having fun pushing buttons and shooting things. Except nowadays we view video games as some sort of edgy art form where the mindless tropes of the past have taken a back seat to rich story-lines and contemporary relatable characters fluffed up in expensive musical scores and celebrity trimmings. 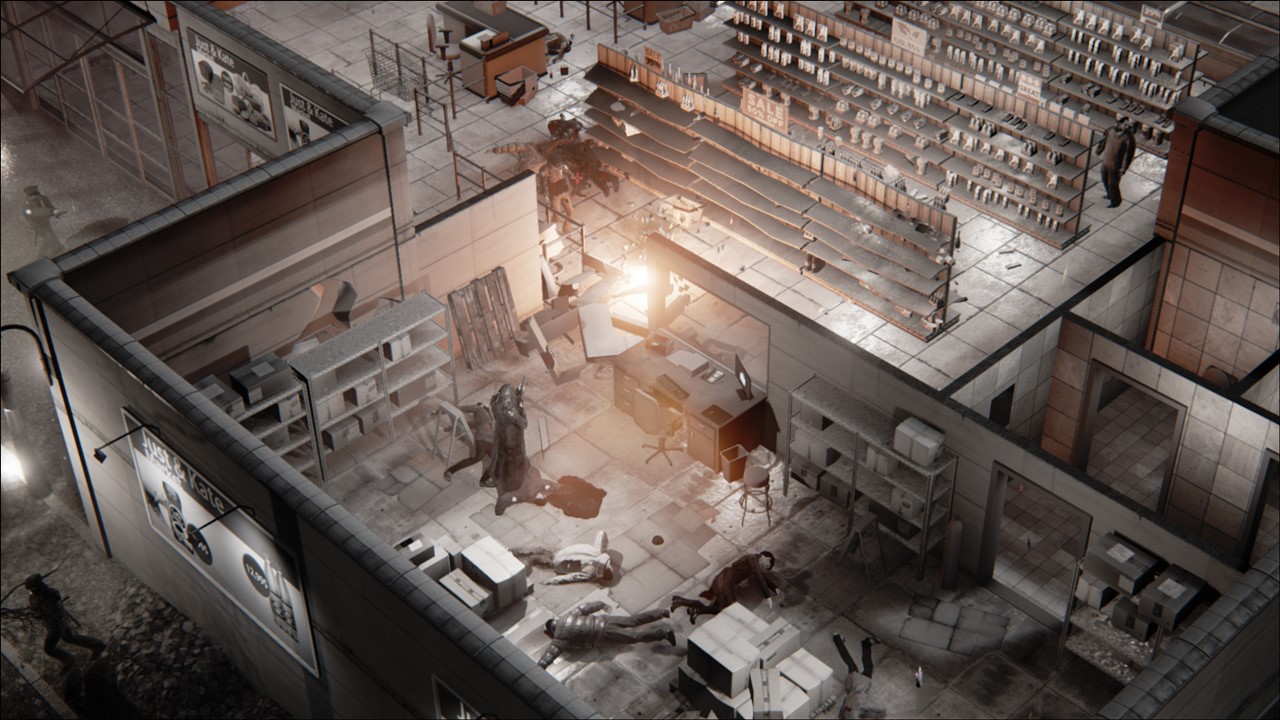 In Hatred, players are unleashed into the recreated New York State and given the freedom to rack up the body-count much like many other games which allow the same thing but are usually dressed up as cinematic fodder during “missions”. In these games the NPC populace means nothing when escaping law enforcement as the umpteenth is run over and splattered across the pavement whilst we’re being chased.  Players can go out of their way and whimsically gun down NPCs with gay abandon in games like Grand Theft Auto, Saints Row, Watch_Dogs et al. which are million selling popular franchises and killing simulators. But they have the big budgets to apply an abundance of personality and choice to make the killing feel less of a focus. Try pulling a gun on an NPC in Watch Dogs for example and observe the recreation of fear and begging for mercy before pulling the trigger. Millions of gamers spend countless hours each day killing each other (adding a more personal touch to their slaughter) in shooters like Call of Duty and Battlefield, but there’s no outcry or raised eyebrows when we happily kill digital versions of ourselves and gloat about it afterwards.  No one questioned the adult antics of the minor Clementine character in The Walking Dead series when she sliced off someone’s arm or stabbed a zombie in the eye with such presence and purpose – what, because there was a connected contextual reasoning behind her actions? So why the outcry surrounding Hatred? The game looks pretty standard but potentially fun to play if it introduces some challenge. It is, by definition just a game which people have a choice to buy or pass up, but from years of killing virtual aliens, robots, zombies and other oddities (my god how many have died by my hand), it makes a welcome change to just focus on the rawness of random, defenceless people. As long as Creative Destruction are clever enough to make Hatred an experience worth playing rather than it being a cheap gimmicky shot that relies on mass-hype to drive its sales for a to claim the title of “The flappy bird of shooters”.  It’s possible the game could just turn out to be rubbish and a complete disappointment based on its subjective marketing, but then again stranger things have happened and it could be a solid game gripped by intolerable media controversy.

Sadly, the furore surrounding controversial games seems to have a reverse effect on the very people the objection is supposed to protect, putting the games on a cult status like pedestal and making them more desirable to people who shouldn’t be playing in the first place – those under age kids. To say that there’s a fear this game in particular will be used by the next nut-job killer as an excuse is a stretch considering there are real people with warped causes doing far worse in the modern world today without inputus from a video game. To question whether Hatred will live up to its namesake and cause even further disdain towards the video game industry as a whole is a palpable concern, but again it’s easy to forget the industry is far more than the antics of one piece of software no matter how obtuse it might appear when the spotlight focuses on the singular most popular element of its routine…killing. There are greater issues abound here surrounding freedom of expression and censorship (oh my, how will society cope when these things are presented in VR if it becomes mainstream) but then again there’s a choice people can make themselves by not purchasing the game if and when it releases. That said, those taking offence can make their own story and pretend the supposed innocent people in the game are in fact infected with the deadly virus of commercialism and need to be put down. The lead protagonist is simply an agent of despair putting them out of their misery doing the unaffected world an invaluable service before becoming consumed by it himself. In that case, Hatred is well OK then right? It’s no different to countless other games.