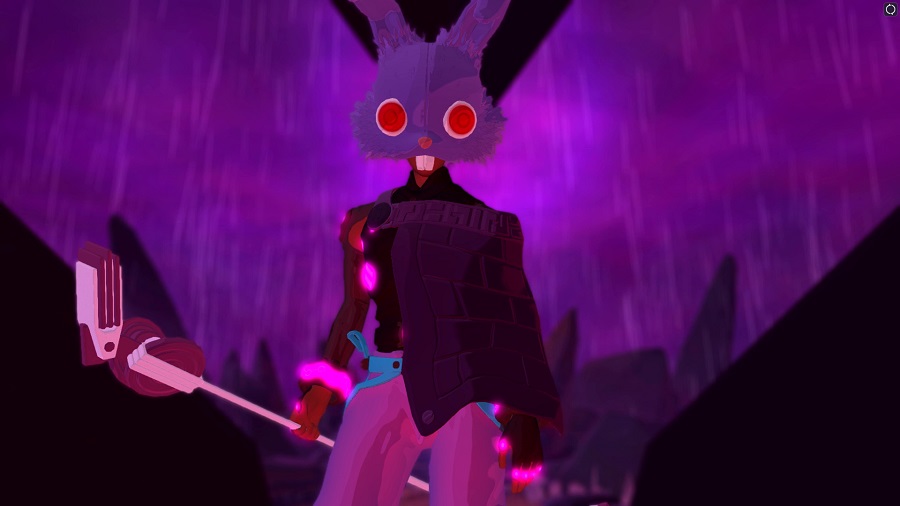 Check out some gameplay from the Furi game demo on PC developed by The Game Bakers. It has character designs from Afro Samurai’s creator Takashi Okazaki and a thumping soundtrack. It’s pretty cool to boot as well. The game is coming to the PS4 and PC in 2016. The demo features just one boss battle against the jailer having been incarcerated and now a need to escape. The art style reminds us of Suda 51’s work (Killer 7/ Killer is Dead) and fits well with the Afro Samuarai style theme.

The gameplay is fast paced and cleverly switches perspective as you adopt ranged and close quarters attack moves. It’s easy to pick up and play with simple fast and charged attacks but this boss battle shows that there’s some strategic timing to be employed if you’re to take advantage of some neat counter-attack openings.

Furi, is looking like an interesting prospect to keep an eye on ahead of its release and if you’re a fan of cool art, funky beats and fast paced action gaming, then this is shaping up nicely.

Fight your way free in our frenzied all-boss fighter, and discover what’s waiting behind the last gate. Furi is all about the tension of one-on-one fights against deadly adversaries. It’s an intense, ultra-responsive game with a unique mix of fast-paced sword fighting and dual-stick shooting. Each of the formidable guardians —designed by Afro Samurai creator Takashi Okazaki— has a unique and surprising combat style that requires focus and skill to defeat. The high-energy action gets a boost from an explosive soundtrack composed by electro musicians including Carpenter Brut.

The story of Furi starts ten years ago, when Emeric Thoa was asked what he would do if he could make his dream game. He came up with a game that would be one long boss fight. A boss fight against opponents similar to you, not gigantic creatures or demons. A boss fight that felt like a duel— a tense, exhausting, and utterly rewarding duel. Furi is the manifestation of this idea that stuck with Emeric. Furi is a game where you fight for a reason. It’s a game that teases you before the fight, while you walk toward your fate, the same way you would be pumped up and stressed before a boxing match. With Furi, we want to give the player an extreme satisfaction when s/he beats a boss. That means s/he’ll have to sweat a little for it. The game is heavily inspired by the Japanese way of making games. It’s not trying to be realistic in its style or animations. It’s fast-paced and requires a lot of timing, reflex, and judgment. When you press a button, the character reacts immediately.

-You can slash with your sword, shoot with your gun, dodge and parry. That’s about it.
-You can also charge the slash attack, the gun shot and the dodge.
-Once you’ve got that, you can play!
-There’s no limit to how much you can improve, it’s simple and deep.
-The challenges are based on a simple formula: get warned – react – punish.
-The depth comes from the differences between the guardians. It’s about how you play a few moves differently to beat a different opponent.