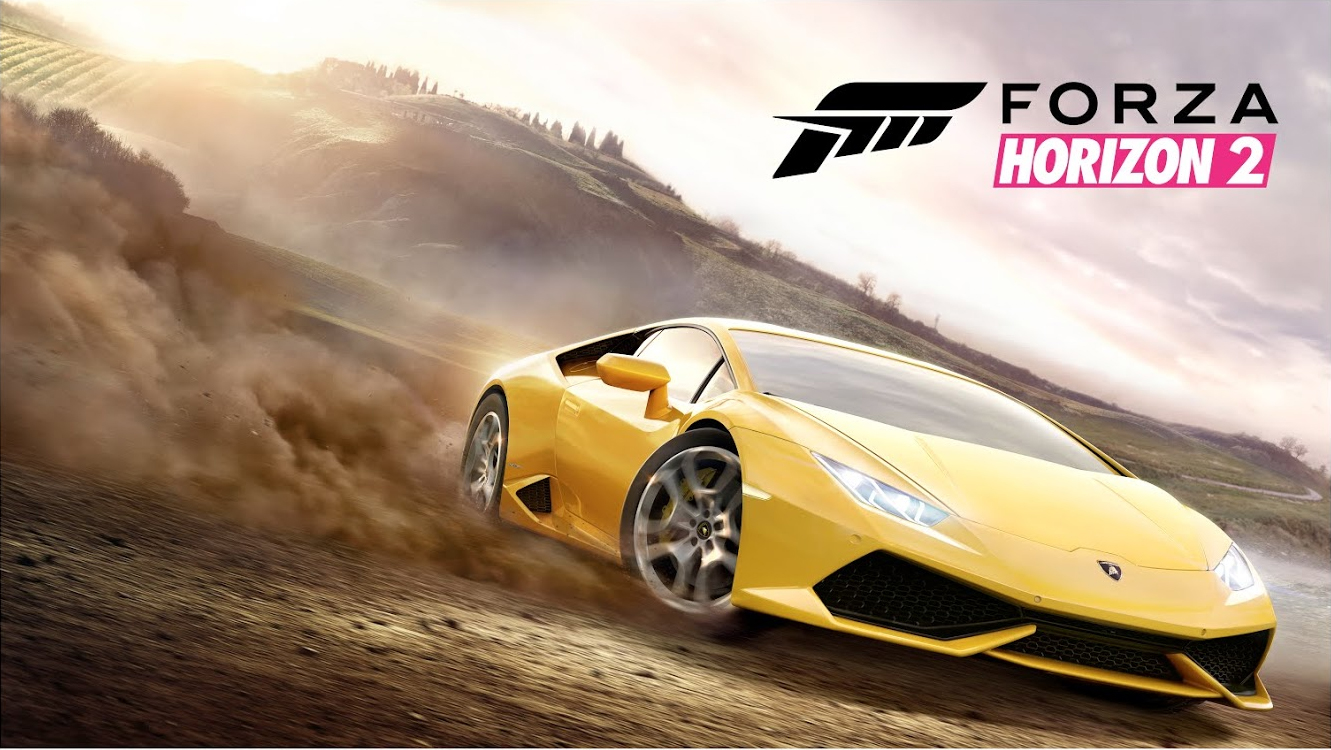 We take a look at the Microsoft exclusive open world racer Forza Horizon 2 which comes in as a sequel for Xbox 360 owners and a new entry for Xbox One gamers. The game has been developed by two studios offering similar driving nuances but ultimately, whatever version your opt to go for how well do they stack up?

Today we’re taking a look at the Xbox exclusive Forza Horizon 2 which has been developed by Sumo Digital for the Xbox 360 version and Playground Games who developed the original Forza Horizon, on Xbox 360 taking the lead on Xbox One. Both games offer the same open world driving gameplay in a variety of real life cars but there’s a fair bit of difference between the two in terms of not only looks but content as well.

From the off, it has to be said, both games are best enjoyed whilst being connected online, more so for the Xbox One version which sees the roaming and race opponent vehicles using the Drivatar system which uses data from real players to govern the AI behaviour. This was well used in the most recent Forza 5 and is put to good effect here creating potentially more aggressive competition than standard AI. There’s also a bit more unpredictable moments especially during street race events which feature an abundance of regular road traffic to avoid at speed, or crash into as the case may be. In a nutshell, the open world of the game and its vehicular inhabitants based on friends and other real life players makes for a well populated environment to cruise around, and with lots of stuff to do when playing solo means it’s a welcome change to have other racers seemingly in your game.

The core focus of the single player campaign in both versions are the Forza Horizon Festival events which allow you to partake in numerous championship races with the aim of reaching a final after so many top three podium finishes. There’s a selection of street, circuit, point to point and taking advantage of the go anywhere off-roading cross country events, the latter being quite tough to be beat as the AI ramps up in these events. There’s a bit of underlying narrative here with likeable characters such as the top racer Ben who acts as a guide rather than offering much depth, but in reality the presentation works well and ties all the individual parts together as you constantly gain experience to level up and acquire coloured wristbands for bragging rights. In the Xbox One version this is more impacting as when driving on the open roads all of the Drivatar racers levels are shown and seeing as you can challenge anyone at any time is a useful indication of the driver skill. It also adds a bit of personality where one can instantly see who has pumped high number of hours into the game at a glance.

What’s also neat is how the game asks players to drive to each location to start a new event, these moments are simple drives with no race attached, although on Xbox One you’ll see all manner of friends and their rides keeping you company. The road trips add a sense of camaraderie and belonging to the world which is excellently realised when playing against AI. Whilst cruising the open roads, players can show-off their driving skills by performing stunts such as drifting, near misses with oncoming traffic and general fancy driving. A multiplier is added here and if chains of moves are connected the score tally grows. It becomes a personal challenge to try and beat ones own score here and something you can do at any time, although these are more effective in some of the race events due to the extra bonuses on offer such as drafting, clean racing and overtaking. Gaining skill points can then be spent on perks which add additional bonuses and extras worth obtaining.

Outside of the Horizon Festival events which can simply continue for a seeming eternity once the main final is completed, players can then choose where to go and what event classes to partake in. There’s masses on offer here which will take ages to complete them all. If players tire of this structure then there are numerous special Bucket event challenges littered around the European themed map, abandoned vehicles to hunt down, boards to smash and special showcase events which have you going up against trains and aircraft, even hot air balloons for a bit of fun. As mentioned, merely cruising the roads allows players to challenge any of the AI to a one on one duel. For further depth, players can race against rivals which consist of friends and those of a similar rank in one on one races. If players have created or joined an online car club then other members become available for challenge also. There’s always something to do and that’s before heading online to join a car meet for a bit of free-roaming or racing action. The Xbox 360 version seems to cut back on a number of these elements which is a shame, but more power to the Xbox One version for delivering the full interactive package.

In terms of looks, both games offer some excellent recreations of real world cars with a wide assortment on offer ranging from off-road jeeps to top end super cars. There’s plenty on offer here catering to all tastes and with things like simulated damage being an option means players can drive as rough or as carefully as they choose. There’s also the familiar customization options for tuning vehicles to perfection or spending hours painting unique designs with the same tools we’ve seen in previous Forza Games. For those not inclined to spend time here, there’s handy options to instantly download recommended designs from other players each time a new car is purchased.

The open world nature of the game means there’s an order to events as the real-time day and night cycle returns from the previous game providing some stunning views as the sun sets or rises in the morning. Night driving allows for less natural lighting to take prominence, but it’s the sunlight that offers the most dramatic effects with shadows and reflections being prominent. On Xbox One the inclusion of changeable weather on the fly is excellent adding an additional layer to the driving mechanics alongside some pleasant watery effects on the windscreen or hood, and puddles of water spread over the road surfaces. It’s well realized here and its absence from the Xbox 360 version is a massive blow to all round effects.

In relation to all round looks whilst the Xbox 360 version is by no means a slouch in the visual department, which still boasts some stunning views under the right conditions, the Xbox One version is simply much more polished and detailed. There’s better textures, the higher resolution makes everything appear clearer and sharper, and the overall long distant viewing is better. There’s no doubt the Xbox One version is superior in every way, but that should be a given.

The audio presents an adventurous set of music choices for its in-house radio stations which can by cycled at any time to suit the mood. From pumping drum and bass to more subtle classical music, there’s enough to keep players tapping away whilst they tear up the events. The on hand radio DJs do a fine job with their limited narration, and the overall voice work is well met. The car engine sound effects are also of a high standard as expected with the audio bank of the Forza series available to both versions. If muting out the music, there’s some excellent use of traction effects to suit the much more varied surfaces cars can now race across making for an accomplished audio spectrum.

Players can sink as many hours into Forza Horizon 2 and still have lots more events to master. As with all Forza game, players can tailor the difficulty for each event to make the quest of credits a little more rewarding. With lots of cars to purchase that cost a fair bit, the quest for credits is an ongoing event that requires the time investment to see the more potent racers in action. The online functionality adds much more to the game for those looking to share the Road Trip experience with others, and means there’s simply an abundance of choice on offer to suit all-comers.

Forza Horizon 2 basks in its predecessor’s glory to provide the most comprehensive racing game from the franchise. Whilst the game is less simulation and more arcade like in its approach, the open nature places it on a less rigid path which is highly gratifying and ultimately easy and fun to play. There’s a great sensation of speed as you move up the classes a noticeable differences between car groups, and a wealth of choice in what to drive and events to partake in making this a driving fan’s ideal racer. In terms of features and looks, the Xbox One version clearly comes out on top and in a way the Xbox 360 offering feels barren and lacking in some personality in comparison. That said, both versions are highly accomplished and worth checking out for racing fans more so on Xbox One due to a lack of similar titles for the platform.