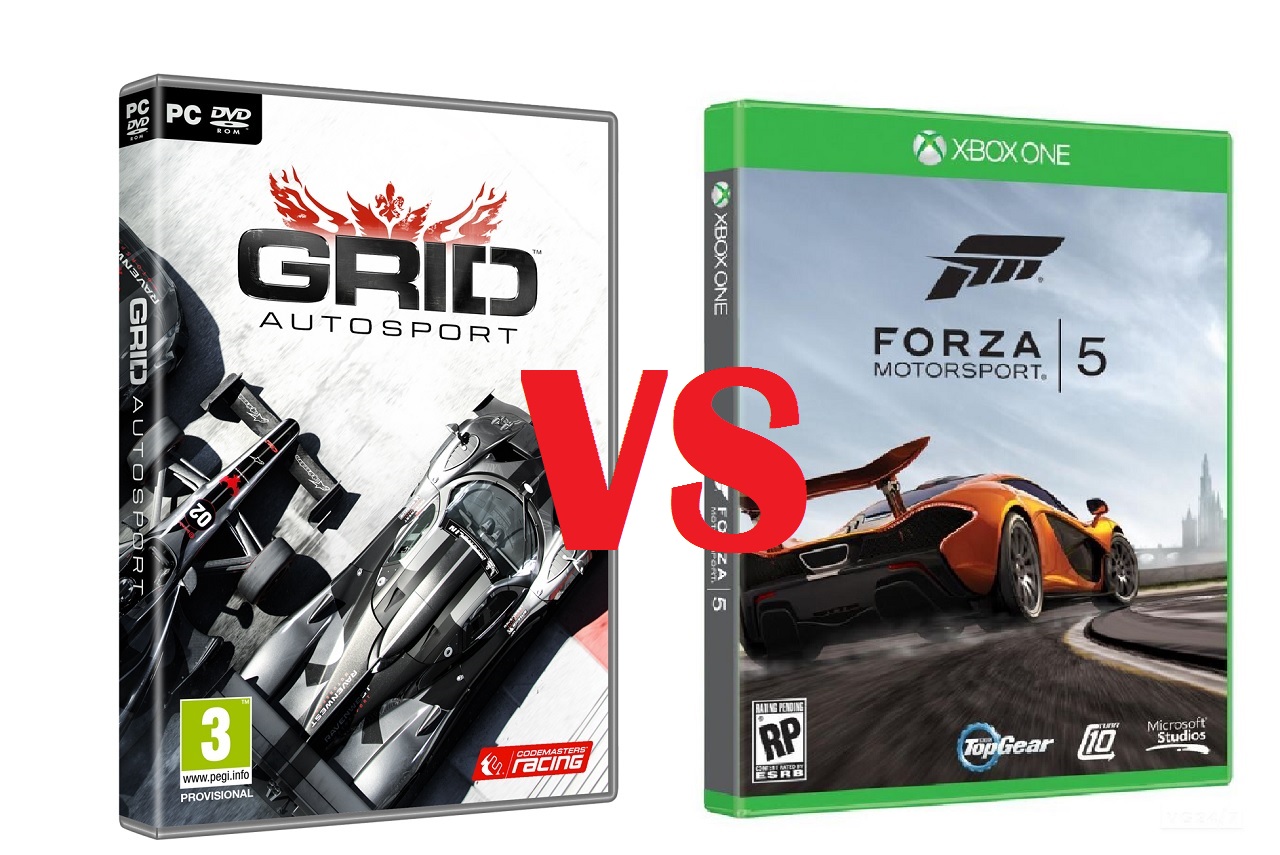 Codemasters GRID Autosport releases later this month on Xbox 360, PS3 and PC with no sign of a PS4 or Xbox One version. We’ve been playing with the rather lovely preview build of the PC version using ultra settings and found the game to run silky smooth with some gorgeous looks to boot. We’re also fans of Turn 10’s Forza Motorsport 5 on Xbox One and so decided to see how the two games compared side by side, taking note of the graphical touches and the audio. Obviously the PC version is looking superior but by how much? Take a look at our Forza 5 vs GRID Autosport video for the full lowdown, although please be aware that Youtube video compression reduces the quality when compared to the raw footage.

For those not looking close enough, obviously there’s far greater attention to detail in GRID, although that’s not to say Forza 5 is a slouch. What’s most notable is the inclusion of heat haze effects in GRID, higher details in the reflections and of course fully 3D crowds complete with animations which does put Forza 5’s static cardboard cut-outs to shame.