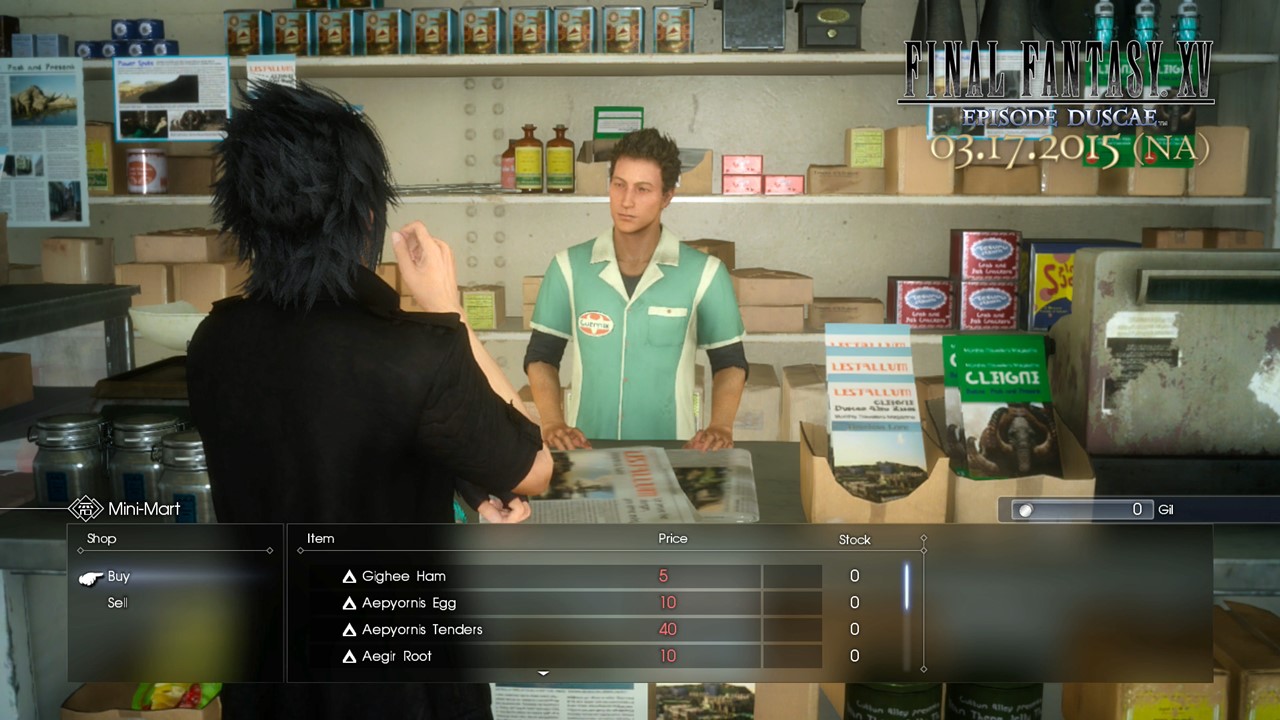 Ahead of the planned demo, Square Enix released a selection of Final Fantasy XV screenshots to whet the appetite alongside a few pertinent details. The screenshots highlight the different enemies Noctis and his party will encounter, the shop system, and the expansive Duscae region.

SQUARE ENIX also revealed key features of the demo, including:

Backstory:
When you’ve spent your entire life looking out at the serrated city skyline, it’s easy to lose yourself in the sprawling Duscaen landscape. The prince and his retinue were halfway to Cauthess when their daydreams came to a sudden, screeching halt—the Regalia’s last gasp before giving out to the unpaved backroads.

Now they were truly lost in the landscape: broken down by the side of the road with the Disc well out of walking distance. The Archaean, Titan, would have to wait. He’d been dormant for ages anyway. The first order of business was getting back on four wheels.