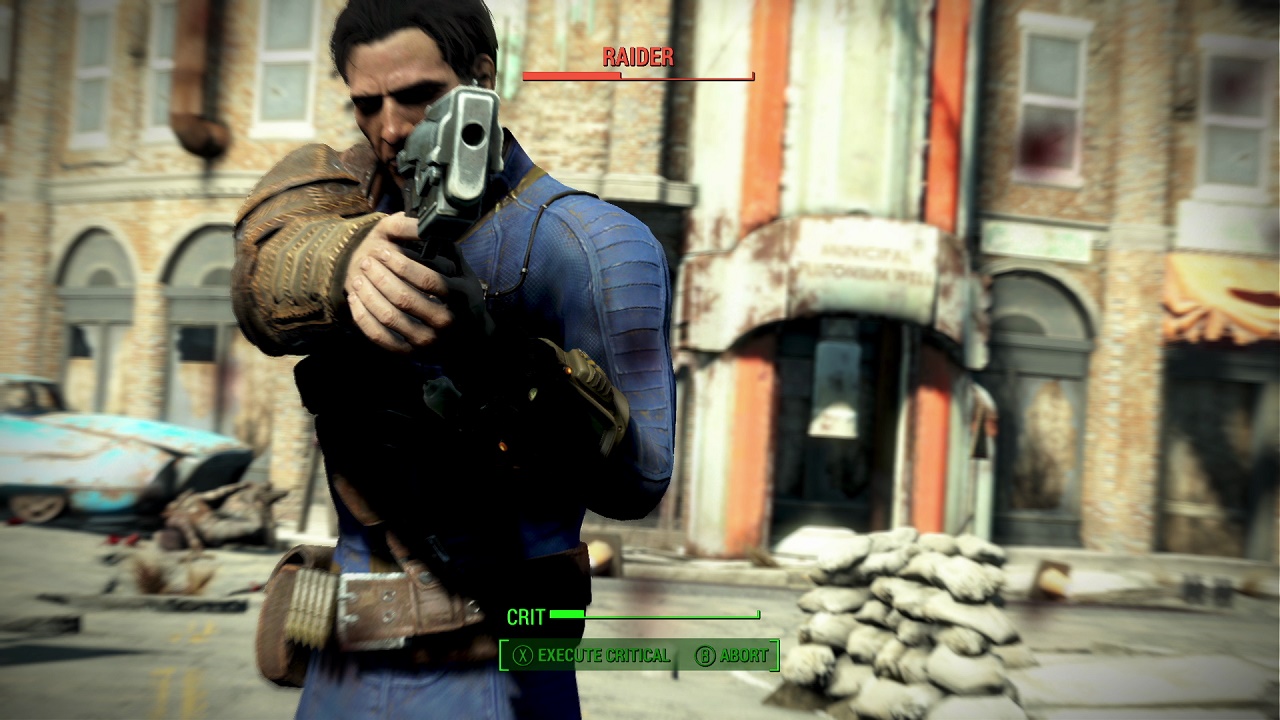 Bethesda are back in the driving seat after so many years being absent with their Fallout series of video games. New Vegas was the last outing but that seems such a long time ago, so it’s about time some fresh blood has come into the frame. Cue Fallout 4, offering an expanded open world to explore, many roles to play and some new elements to add a personalized stamp on the post apocalyptic proceedings. Fallout 4 is here, but is it any good and worth playing especially if you’re new to the series? Take a look at our Fallout 4 review for the full picture.

Bethesda must be well versed with open world games by now having offered us many well received games such as Morrowind to more recent offerings in The Elder Scrolls Online and classics such as The Elder Scrolls V: Skyrim to name but a few. Fallout 3 came to the masses in late 2008 as a distinct departure from all of that fantasy stuff presenting a far more gritty take on a modern future after the A-bombs have dropped. Fallout 4 continues the same premise in the city of Boston USA and plunges players into a male or female role once more with the task of finding out where one’s child (who has been kidnapped) resides in the post apocalyptic wastes some 200 years after entering the safe haven of the sheltered nuclear bunkers or vaults as they are referred to here. The story can be largely ignored if chosen to, aside from the opening serenity where players select the features of their avatar using some finely tuned character customization options – which in itself could eat up hours of your time – before basking in modern living where all things are peachy. The opening is short lived though and no sooner are you comfortable playing with your newborn in his crib, events begin to unfold where you’re thrust into vault 111’s cryogenic sleep chamber for the next 200 years. What unfolds begins with mystery but will no doubt be common ground for those well versed in the previous game and expansions. 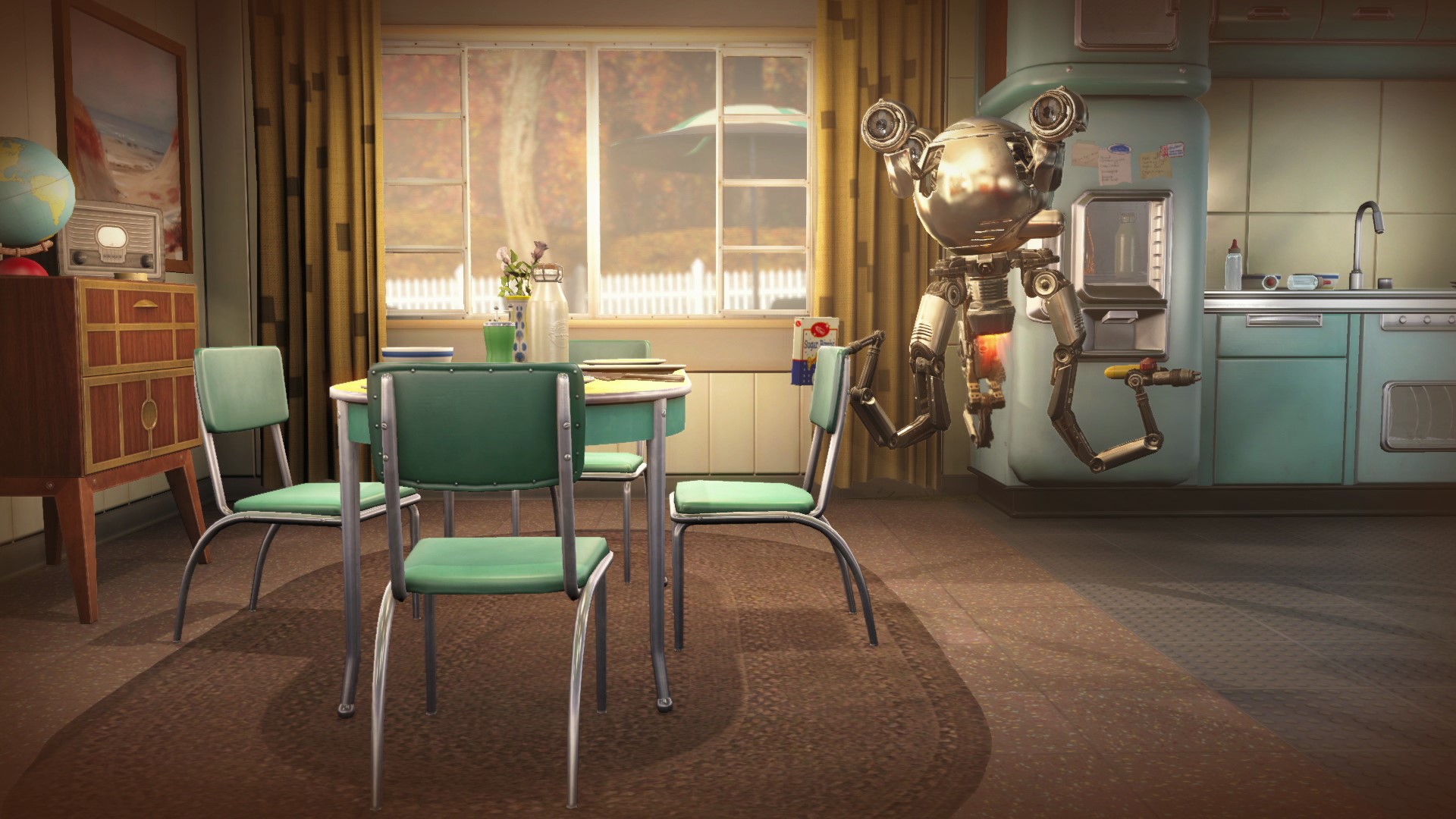 In a nutshell you’re free to scavenge the wastelands for weapons, armour, items of interest, hack terminals, grab loot and all manner of things as you live out the role you choose for yourself. There’s choice here for players to simply explore the lands as a mercenary, or perhaps trader of goods, or simply a survivalist where anything goes. The area of Boston is vast and filled with enemies galore at every turn which means, heading off into the wilds without suitable preparation can lead to death pretty quickly. Whilst there are numerous friendly faces as well providing masses of side quests, the danger of the open world is ever present but always beckoning to be ventured into regardless of story and side extras. There’s no real barriers to prevent you from exploring the game’s darkest depths other than the strength of the opposition deftly kicking you into touch as a reminder that you’re better off levelling up a bit first before coming back. In this regard the game can be a little vague and unforgiving, but in a way it’s this open approach which provides its charm. 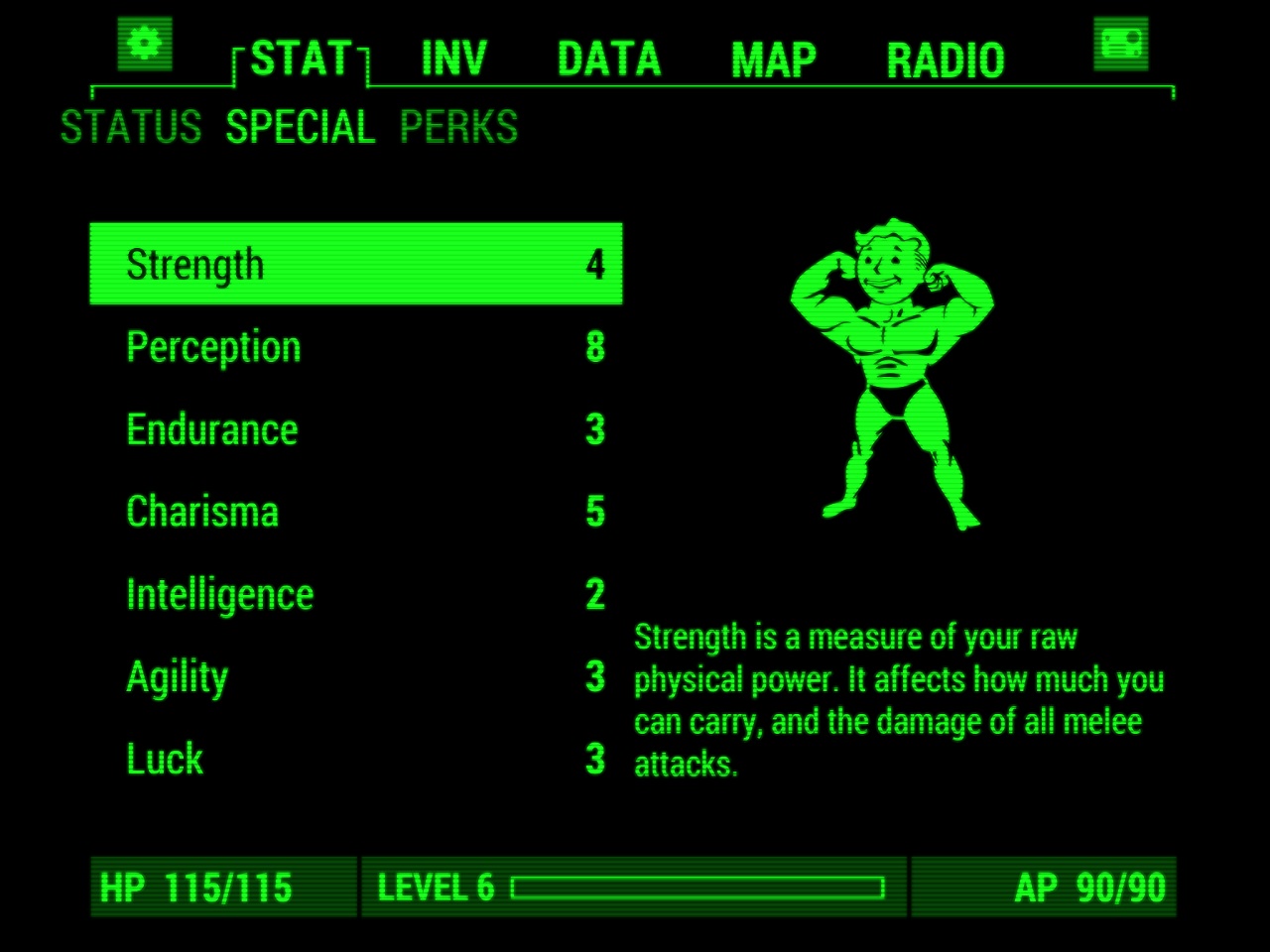 There is an encouragement for sticking to familiar ground though with the settlements players can build. Using a new interface which allows objects to be scrapped and turned into components, new structures and items can be created. This is an interesting addition and one that’s entirely optional. What might seem a little daunting at first is actually fairly simple once players experiment a little and craft new homes for settlers and catering for their needs. It certainly adds a much more personal touch to the game where players can really leave a mark in the grand scheme of things, and as mentioned can be as complex or as simple as you choose. There’s pre-made structures available which take the heartache and time required out of building from scratch, but it’s the fact players have to really scavenge for the items that makes it a joy to play. No longer are players simply gathering useless junk for the sake of a quick buck, but are gathering for a better tomorrow in the world of Fallout 4. Player can spend ample time here just messing around with gaining new settlers and building entire communities – all the while defending them from the perils of the wastelands. It’s a great meta game with plenty of benefits for those interested in taking the time out from the shooting, sneaking and exploring the story and sub quests. 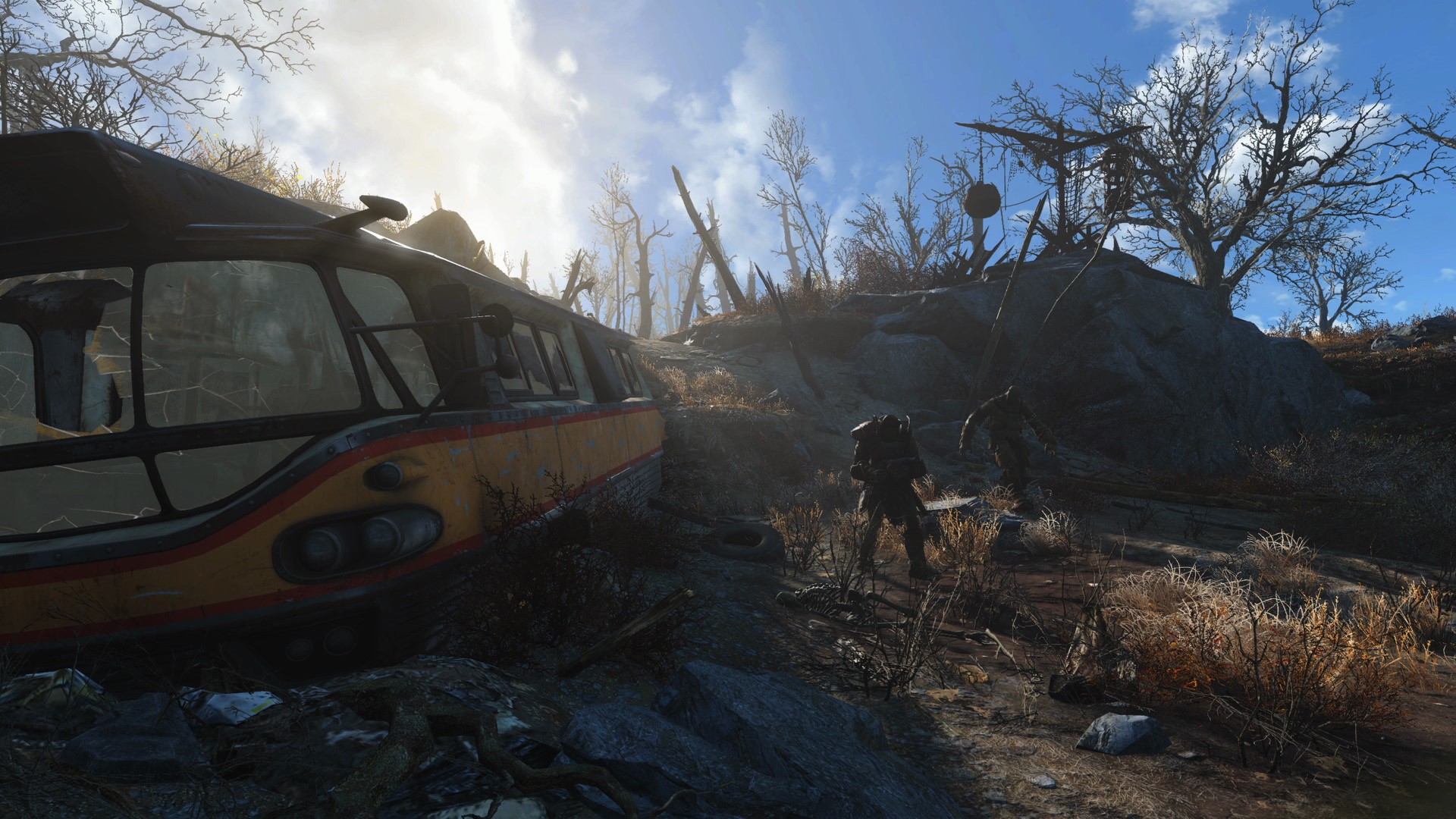 In terms of combat, the VATs system is back which offers a more turn based approach to fighting where individual body parts can be targeted for better results. However, for a visceral challenge the core shooting mechanics feel refined this time with an abundance of neat weapons to play around with including being able to upgrade and modify for greater effect. Whilst Fallout 4’s expanse can be quite a lonely place aside from having a sidekick accompany you, when the combat hits you, it’s always a gratifying experience and one that really pushes the contrast between the meek and sullen to overt and brash. It’s this interplay of actions which makes the game feel refreshing rather than having a constant onslaught of gun battles every few minutes to wade through.

In terms of visuals there’s a marked improvement over previous games and a warm glow like effect with which for the most part is pretty neat. Whilst not supporting the most detailed of character models or environments, it all holds up pretty well on PC at least despite reports of numerous bugs and glitches expected from such a vast game – of which we encountered very few. The Xbox One version doesn’t hold up as well as the PC game in terms of a steady performance though, where the PC game can handle a constant 60 fps the Xbox One struggles with even 30 fps at times which is noticeable and sometimes jarring especially in the populated areas. However, given the grand scale of the game world it’s not too impacting on play and something players will have to forgive and forget. If these things are a massive issue for you, then opting for the PC version is the only recommendation unfortunately, unless Bethesda can improve performance by way of a post release update. 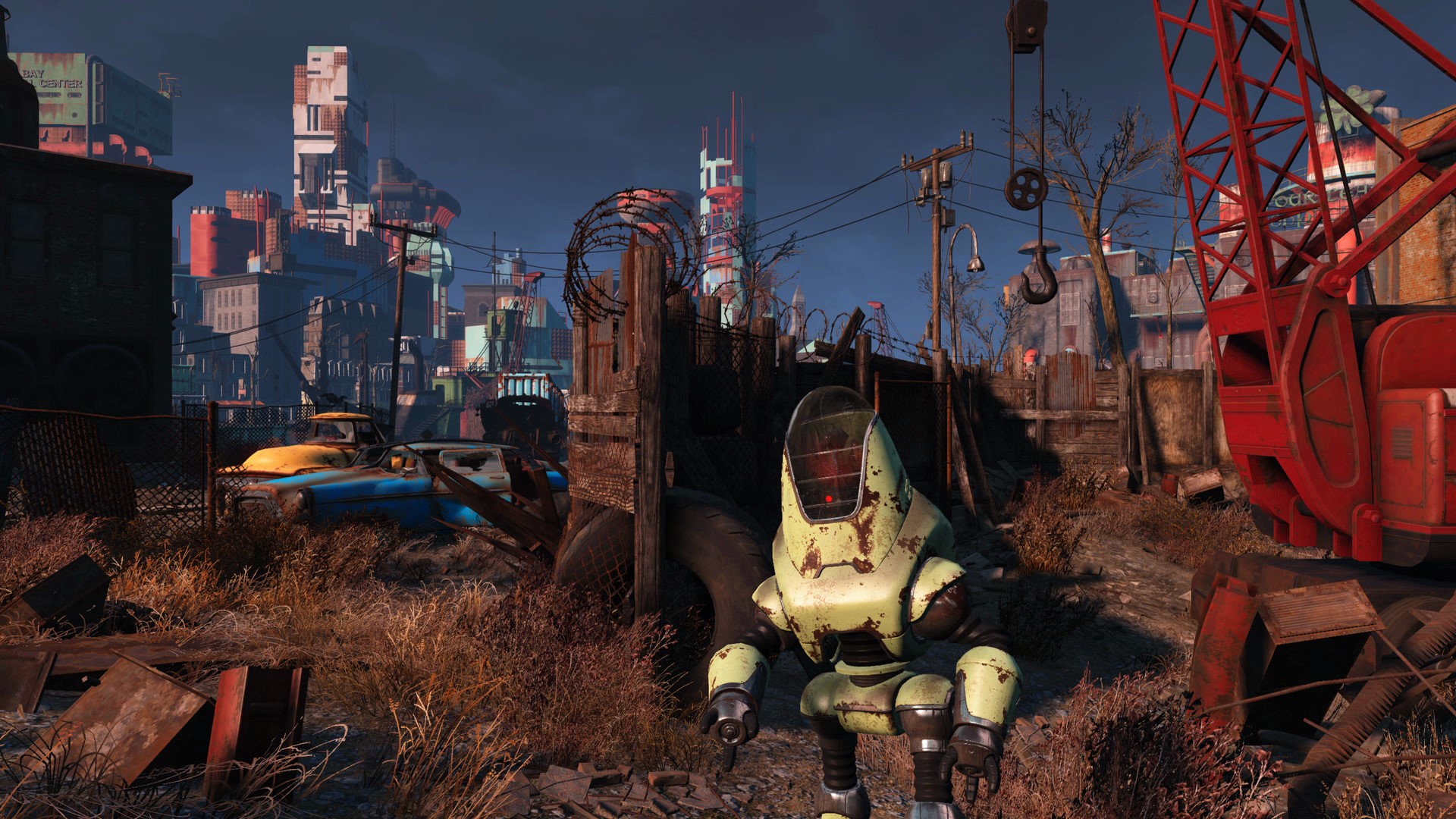 Audio has been revamped with much more speech this time which can be seen as positive or negative depending on your stance. There’s more dialogue to wade through for those in a hurry, and as standard, players are given various choices in their response which can be a little vague at times especially if you’re assuming a particular role. It’s all reasonably well acted and pleasant to listen to and when coupled with spot sound effects, ambience and a dynamic soundtrack and you’ve got a colourful aural palette.

Players can sink into a number of roles depending on how well they spend their points on the character levelling screen. The S.P.E.C.I.A.L system returns and perks are all encompassed on the one page for ease of viewing. There’s quite a bit to choose from with paths being quite easy to fathom depending on whether you want to focus on a swift tongue to get your way, strong arm for those up-close encounters or be highly proficient at shooting from the hip. You could effectively replay the game numerous times focusing on different builds each play with changed results. In this regard Fallout 4 offers a massive amount of play time where gamers get their monies worth from the numerous distractions from merely focusing on the main story which comes in at under 20 hours. 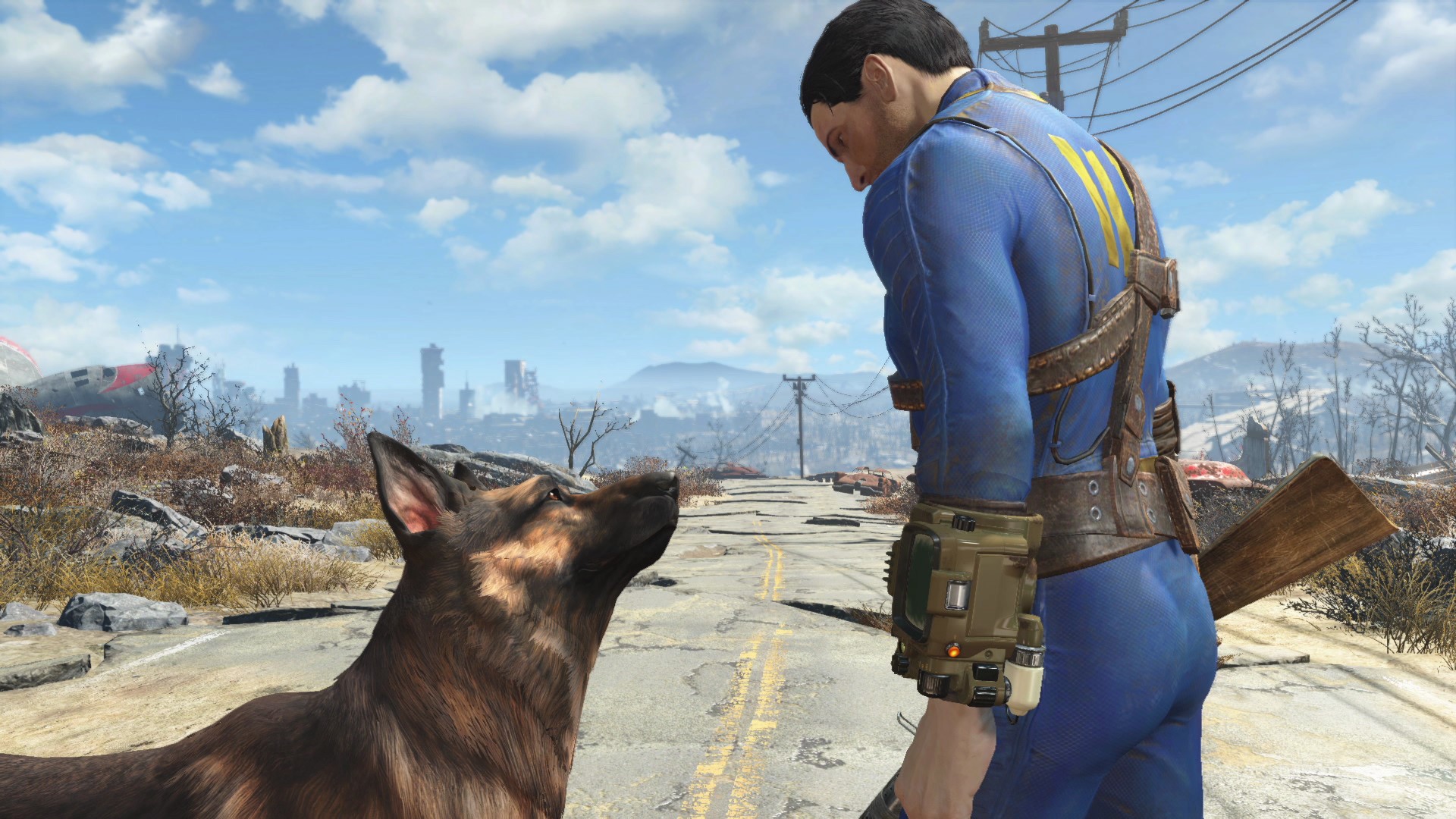 Fallout 4 has been a massively anticipated game since its predecessor and subsequent add-ons. Whilst the game style isn’t for everyone especially those who favour more action orientated shooters, those who have an RPG itch that needs scratching will find a delightful game on offer here that doesn’t stray too far from its roots. The inclusion of settlements as an optional extra is neat but the reality is the experience feels like a carbon copy of its forebear which can be viewed as a good thing or not depending. The only real criticisms here aside from glitches, bugs and performance woes -especially on consoles – is a vague approach that asks for understanding of the player and some dodgy partner AI moments who tend to get in the way far too often. It’s not so much a pick up and play game and one that really does require some time investment to get the most out of it. In many regards, the style on offer here lends itself to a barren and unremarkable game in terms of actual gamplay where there’s an onus of searching through objects for items, managing resources and generally doing anything but getting involved with the game’s lowlifes and enemies. If this contrasting gameplay approach doesn’t appeal then Fallout 4’s charms will most likely be lost on you. However, if you thrive on all elements of survival and playing a role then this is as good as it gets for the time being and is well worth the investment.