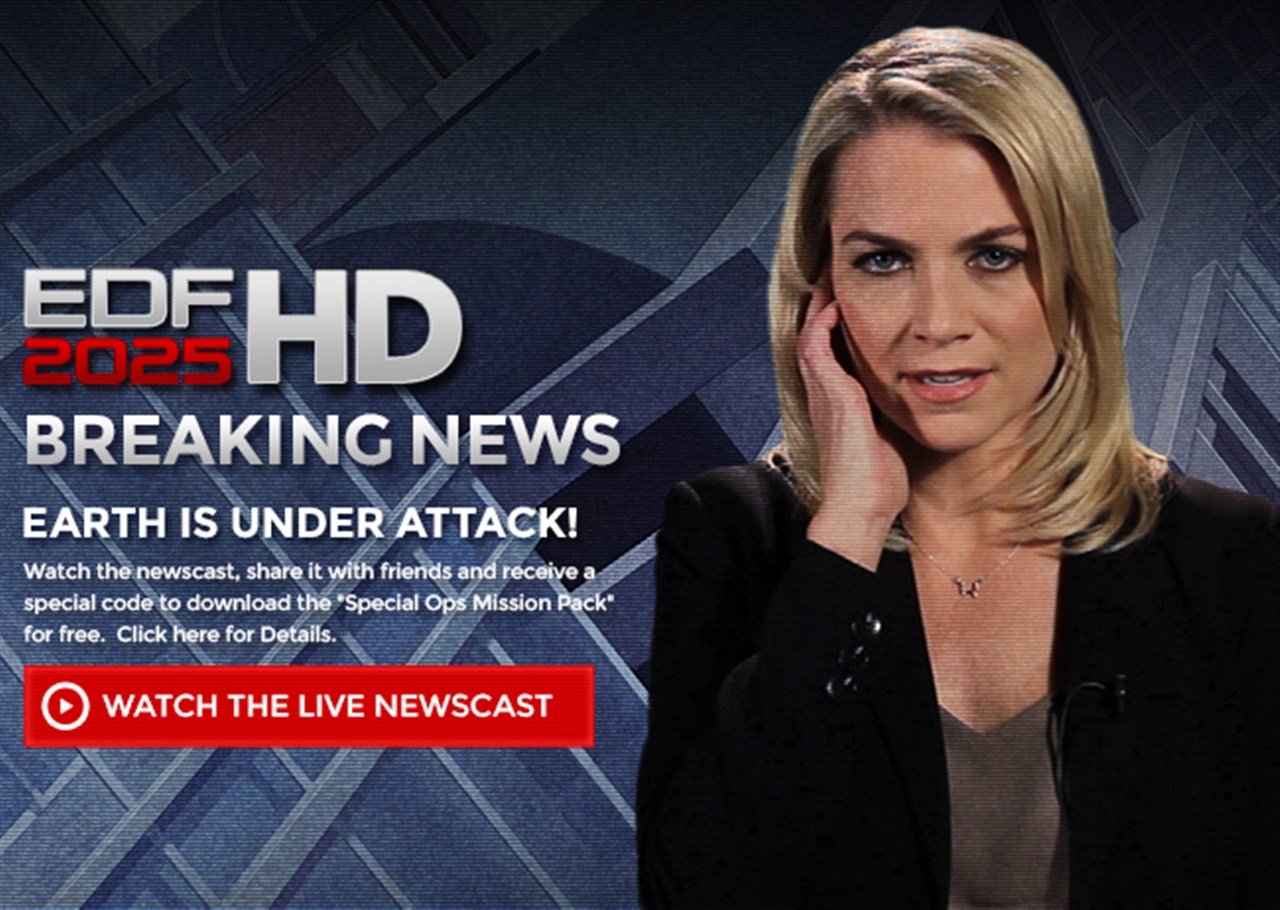 Bandai Namco Games’ alien infested action shooter is now available on Xbox 360/ PS3 and to mark the occasion has released a launch trailer highlighting the impeding doom for the planet. It’s your job to jump in and save humanity…if you dare.

Earth Defense Force 2025 is the long awaited return in the Earth Defense Force series from beloved Japanese developer Sandlot.  The insects return from dormancy to disturb the peace with over-the-top action and massive city-leveling explosions that will entrench the EDF and the citizens of earth into a state of emergency.  Earth Defense Force 2025 is an action shooting bonanza that arms players as an EDF soldier equipped with 700+ weapons, four new soldier classes and the training to exterminate insects of all sizes in the global quest to protect the world from alien invasion.  Featuring the largest number of missions from the series and including a versus mode and four-player online multiplayer, Earth Defense Force 2025 is an all-out battle against the terrifying Ravagers that have come back stronger than ever in their mission to destroy the planet.