AMPLITUDE Studios brings its tower defence style game Dungeon of the Endless (DOTE) to consoles and PC as players take their powered generator crystal to an undiscovered exit whilst fending off all manner of vile creatures having crash landed in an endless dungeon. It’s a rogue like game and means once you die that’s it, game over and a restart after so many hours time investment. So how does it play?

Despite the simple pixelated graphics, DOTE offers some depth where the tower defence style play dictates how your starting characters move within the dungeon – there are several to choose from and more to be unlocked (being mindful of their strengths and weaknesses). You’ve got options to station a character on defence duty by the crystal as it can come under attack (when it’s destroyed it’s game over), or pair the duo up and explore with safety in numbers being a key to success. 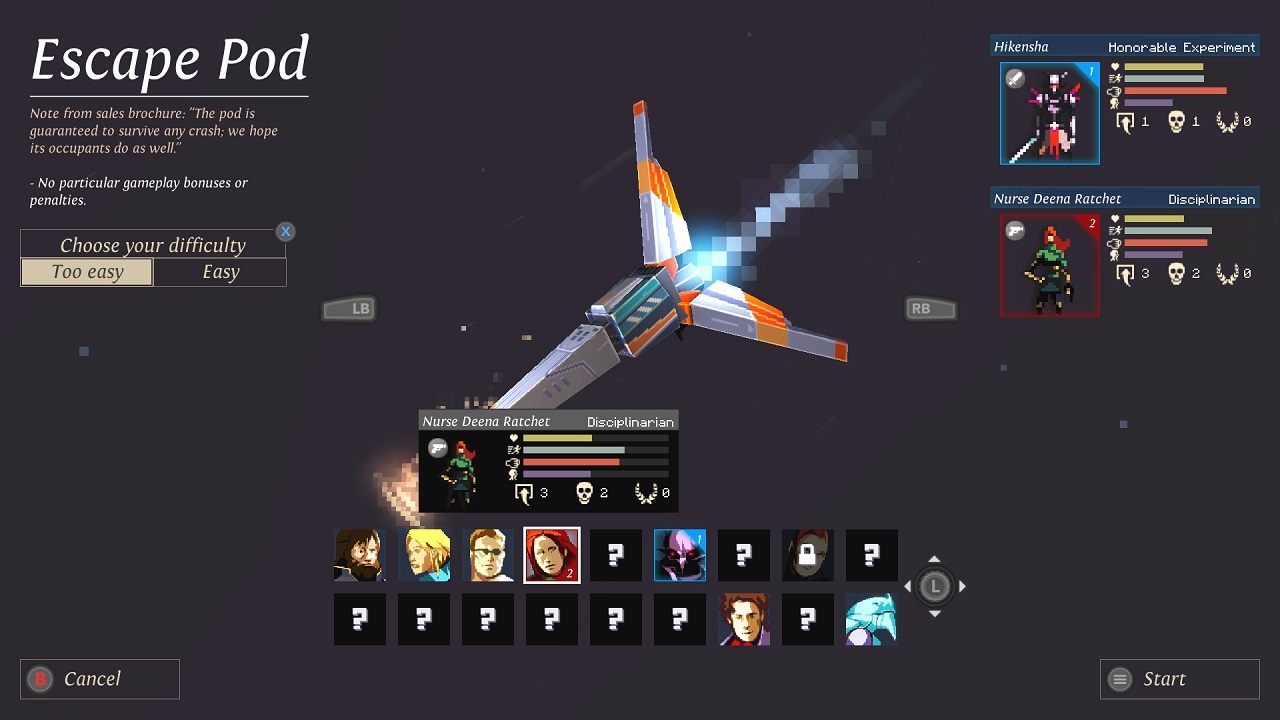 There’s much more to the game though than merely wandering through each room looking for the exit and then transporting the crystal to said location. There are items to find, extra team members to add making for a total of four fighters at any time and plentiful tech which can be learned and deployed in each room to act as defensive measures or buffs to any heroes in the vicinity. Each room can be powered which prevents enemies spawning, although resources are limited when means not every room can be powered. This means some careful placement of powered rooms can lead to tactical ways of channelling the enemy through well defended choke points. It’s pretty satisfying when a plan works well and every room is uncovered leading to a successful mission and onwards to the next (and more challenging) floor. 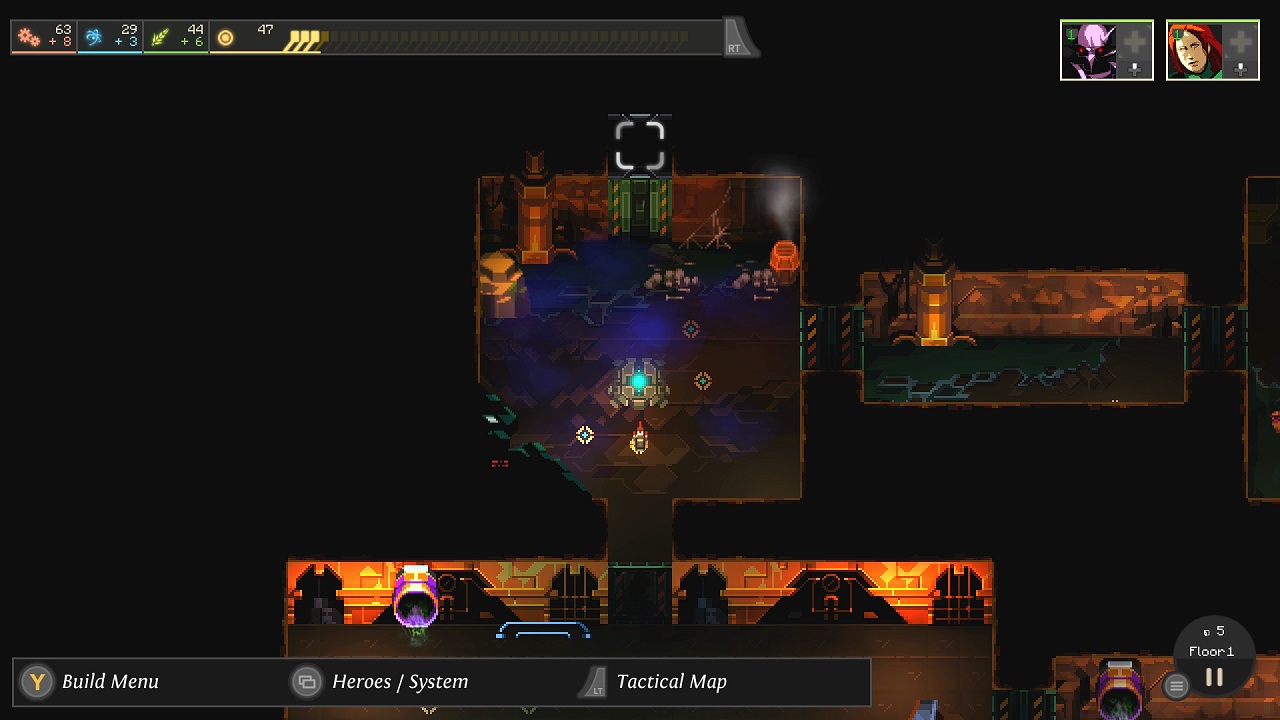 Although the game offers basic visuals and an option to play on a “too easy” setting, it is quite difficult as you venture deeper into the dungeon where mistakes can happen and prove to be costly. But you learn each time you play and so dropping in again with the knowledge of a previous run is key and also the game’s hook. DOTE is wrapped up in some neat enchanting music and expected sound effects creating a warm and charming atmosphere which is pleasant considering the numbers of hours you can pump into playing. 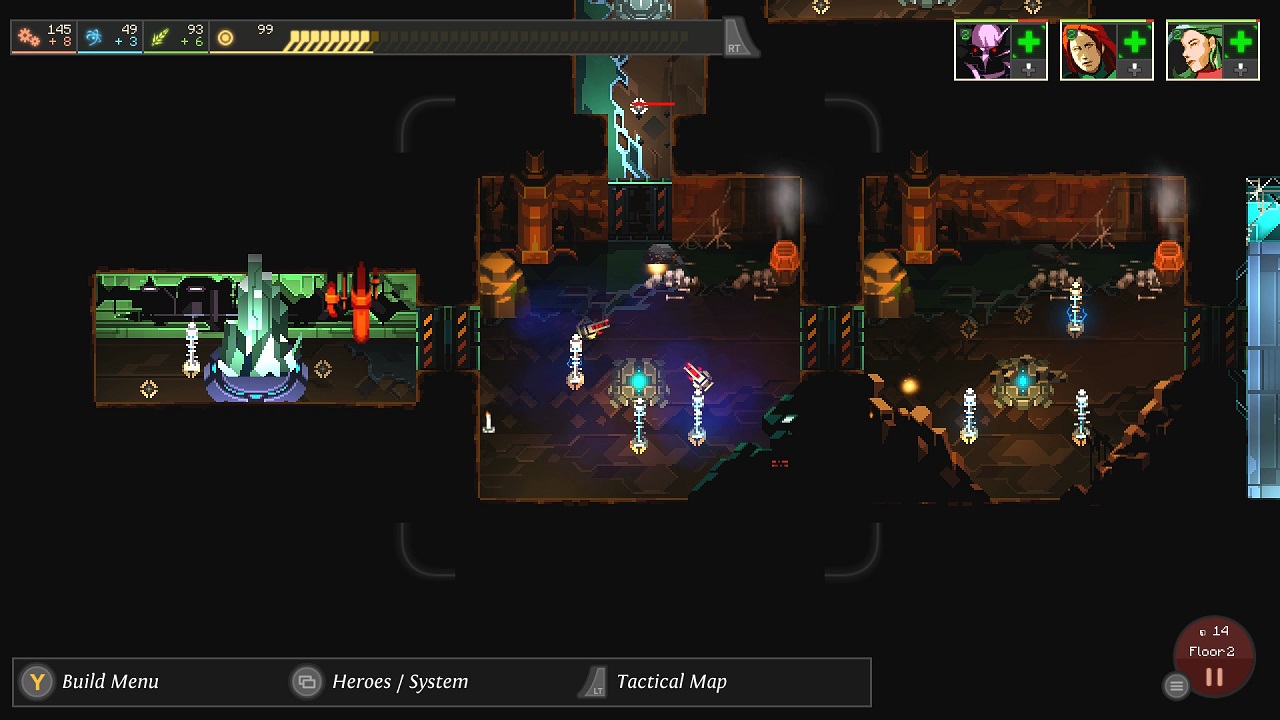 Dungeon of the Endless is a neat game for those of you who are a glutton for punishment and fans of rogue like games. The space theme is good, the gameplay just works as intended even if on occasion things can seem a little too slanted towards luck rather than planning and skill. That said, there’s an enjoyable game here which sinks its hooks into you from the get go despite initially seeming overly complicated with very little in the way of tutorial. However, being thrown in the deep end is perhaps another of the game’s charm as you learn how to survive better each time. If you’ve got some hours to spare, a bit of patience and tactical management skills then this is a game for you. If none of those things appeal and you’re more action orientated then this probably won’t float your boat.