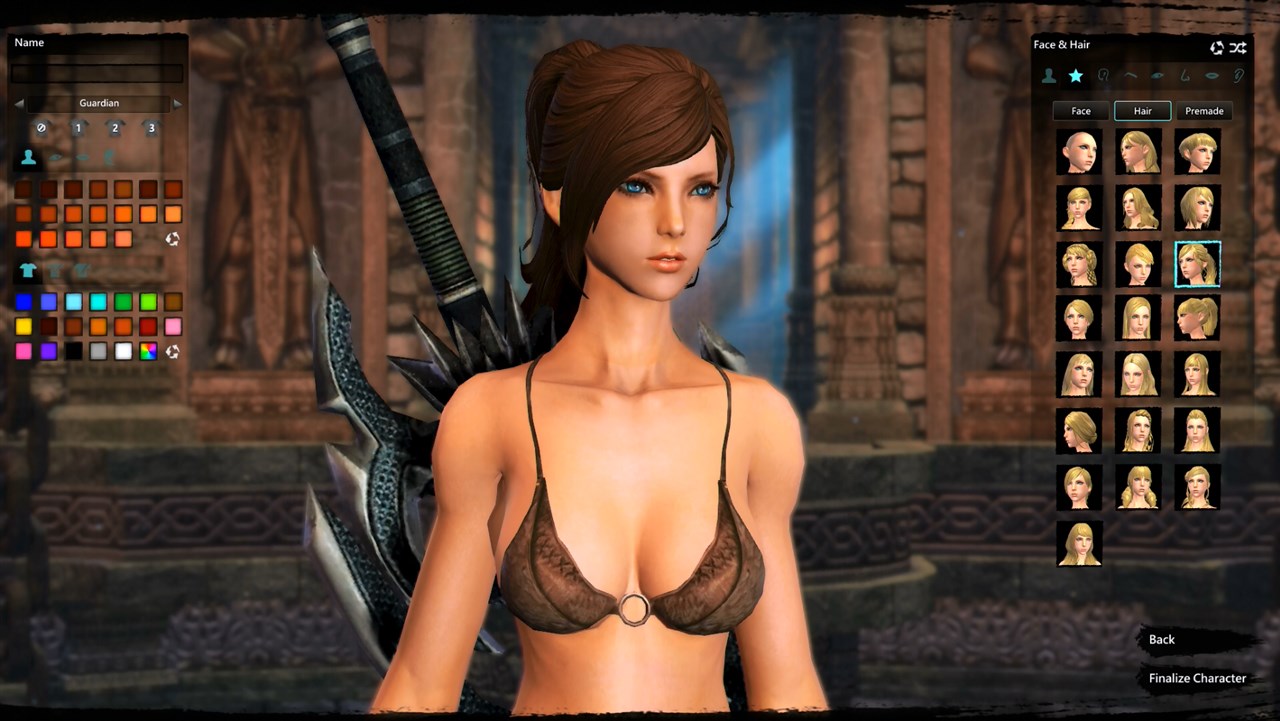 Dragon’s Prophet is now available for playing, and as a free to play game is looking pretty solid. However, what has sparked some interest is the level of detail in the character customization options which puts some of its peers to shame. We’ve sampled a number of character creation tools across the board, from games like Skyrim to Saints Row, but none offer the levels of detail seen in Dragon’s Prophet. Players can pretty much tweak every aspect of their avatars and really go to town on the finer details if they have the time and patience.  Take a look at this Dragon’s Prophet amazingly sexy character customization video which shows off a female character and how much you can edit to suit your personal taste. 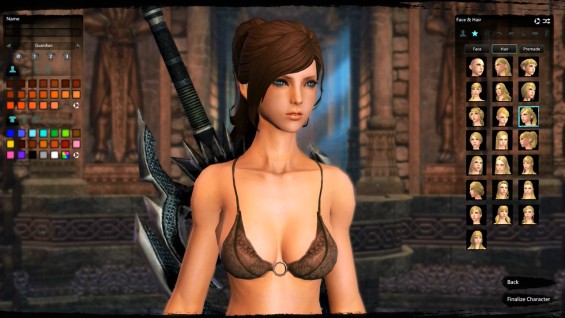 Developed by Runewaker Entertainment, Dragon’s Prophet takes place in the beautiful world of Auratia, a realm with a rich and tumultuous history. Players must band together to battle and train a variety of dragons as they work to restore order to the land. However, this is not an easy task; since his escape from his eternal prison, the Great Devouring Dragon known as Kronos is more dangerous than ever. Featuring an action-based combat system, Dragon’s Prophet provides players with visceral action gameplay in battles on land and across the skies. Dragon’s Prophet launches with plenty of customization options, including four distinct player classes to choose from – ranger, sorcerer, guardian or oracle – for creation of one-of-a-kind characters. Customizable player housing is also featured, allowing players to build, decorate and furnish their house however they want.

Dragon’s Prophet is now available on PC systems via digital download in Europe from Infernum Productions or any of its digital partners, in North America from SOE as a Free to Play. Your Way™ title.

Everything that Dragon’s Prophet has to offer:

General & PvE:
·    Deep background story that begins in the starter zone Puretia
·    Six adventurous zones offer everything from sap green meadows, deadly deserts and frosty glaciers
·    Four classes with extensive specialisation options through class skills, masteries and the use of dragons
·    Already more than 1,500 quests
·    Grand cities that serve as hubs between adventures
·    More than 25 challenging dungeons with multiple difficulty settings and bosses
·    Action-based combat system with numerous combo attacks
·    Regular in-game events and tournaments
·    Complex crafting system including item improvement and dragon shard system
·    Redesign and extension of the interface for improved handling and overview
·    Introduction of an in-game browser
·    New styling interface and new cosmetics shop
·    Rewards for public events have been adjusted
·    Skill balancing and revision of the attributes of all classes
·    New items and revised loot, stats and attribute systems
·    Performance improvements though detection algorithms, engine improvements and five graphical pre-sets
·    Cross-server account features
·    Restructuring and implementation of bosses as well as the general monster AI
·    You can now travel to Arteicia from anywhere in the world. On top of that, there will be a new NPC in Arteicia that can take you to the following areas:
o    Paeon Farm
o    Lilia City
o    Dima
o    Messner
o    Arpati
·    Introduction of dungeon events
·    Introduction of world bosses
·    Complex and motivating achievement and title system with character bonuses
·    Free on-site resurrection between level 1 and 15
·    New quests in Puretia and an improved mid-game experience
·    New Dragon Sanctuary including an altar of sacrifice allowing guilds to summon especially rewarding enemies

Dragons:
·    More than 300 breathtaking dragons that now only serve as mounts but also assist the player in combat
·    An ever improving number of currently 50 unique dragon soul skills
·    In-depth interaction with your dragon: Training, leveling, skill-exchange and gathering
·    New Dragon Chamber that offers space for up to 96 additional dragons
·    Mounted Combat – Fight from the back of your dragon and support other players on the ground, in the water and way up in the sky
·    Revised dragon companion AI

PvP & Housing:
·    Sandbox-based housing in the frontier as well as the introduction of citadels, keeps, outposts and crystal towers in the PvP Citadel system that allows for massive, cross-server siege battles between alliances or guilds
·    Floating Islands, apartments and private islands allow players to build their houses the way they want
·    New furniture NPC and improved housing systems
·    Five new dance emotes for players to show off their moves with their dragons and guild mates
·    Introduction of the alliance system (Lyaree Brotherhood). Players can now form alliances consisting of multiple guilds