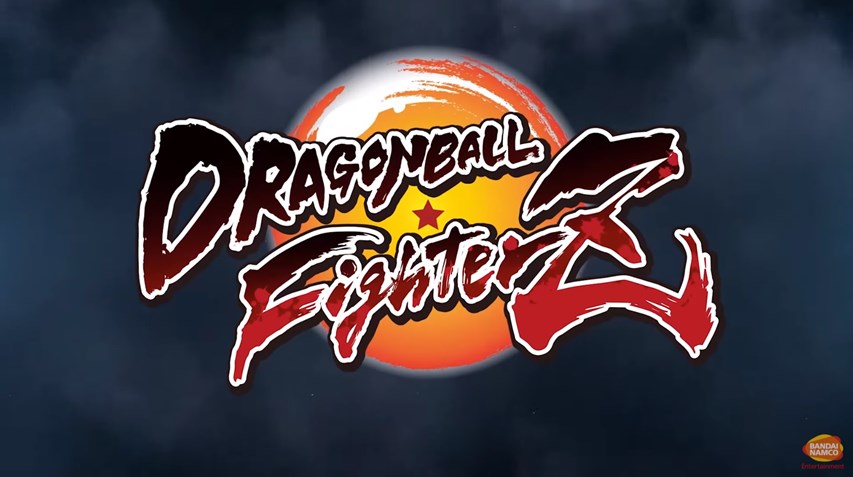 The best way for me to start this review is by stating something that I haven’t seen repeated enough: Dragon Ball FighterZ is a perfect storm.

With the relatively recent resurgence of fighting games in the last generation, along with the continual growth of the popularity of eSports, Dragon Ball FighterZ positioned itself, either through ingenious marketing or serendipitous happenstance, to be the biggest train to ever arrive at the hype train station.

What you see with FighterZ is the culmination of thirty years of Dragon Ball fandom, the anticipation of an entire community of fighting game fans, and just the right pinch of developer prestige courtesy of Arc System Works. The result is a game that sold more in one week than Street Fighter V did in a full year.

So then if you’re one of the few people who didn’t pick this game up already, you must be wondering, “Does this game live up to the hype?” The answer is resoundingly yes, but almost to its own detriment. 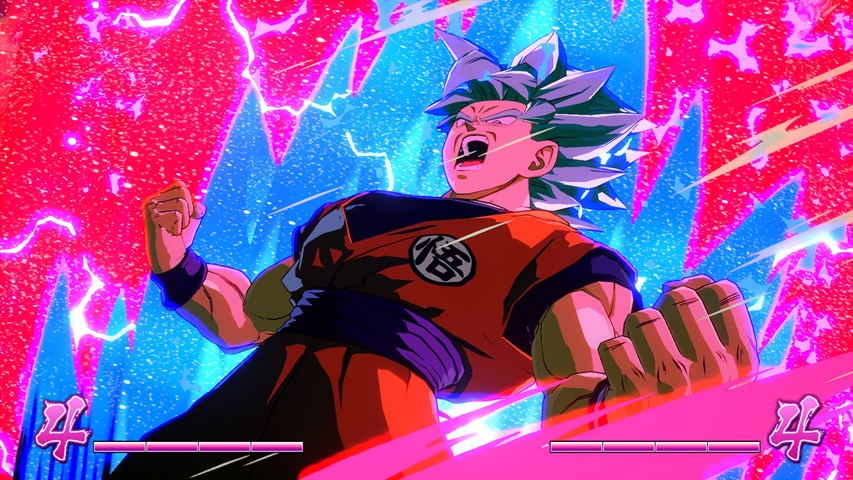 FighterZ’s strengths are so overwhelming and its negatives so overshadowed that it’s honestly hard to figure out how exactly to go about reviewing this game…or perhaps, to word it more accurately, how to go about lavishing it with praise. I feel confident calling this the most authentic Dragon Ball video game ever crafted. The attention to detail is mind blowing, with character art, poses, camera pans, and introductions lifted right from the comic books and animated series. Stances, battle cries, and attack call outs are all so spot-on that it’s almost hard to believe that this is, in fact, a video game you are controlling and not an episode you’ve watched before. Characters even have exact combos lifted, move for move, from iconic battles that took place in Z, only now they’re at your disposal to make your opponent’s life miserable. Every aspect of FighterZ’s visual style is so accurate to its source material that short of literal reality being used in a game, I can’t imagine any title being more beautiful than this for the ten-month remainder of 2018.

The gorgeous graphics don’t have to do the heavy lifting alone, though. The sound effects, music, and voice acting are superb. Again, the word of the day is authenticity. Every voice actor from the series is back to reprise his or her role in FighterZ, and that goes for both the Japanese and English cast. Whether you like your Goku to sound like a Japanese grandmother or a testosterone-fueled, screaming madman in combat, FighterZ has both Masako Nozawa and Sean Schemmel ready to accommodate your preferences. All of the sound effects are spot on as well, with everything from attack sounds to impacts to capsule explosions hitting their respective marks, and the original score feels perfect for not only a fighting game, but for Dragon Ball Z in general.

Now, authentic graphics, voice acting, and sound effects are great, and they go a long way toward making FighterZ a memorable and enjoyable experience, but this title didn’t get selected as one of the 2018 Evolution Championship Series’ big nine for being pretty. There is more than enough steak to go with the incredible sizzle that Arc cooked up with FighterZ. 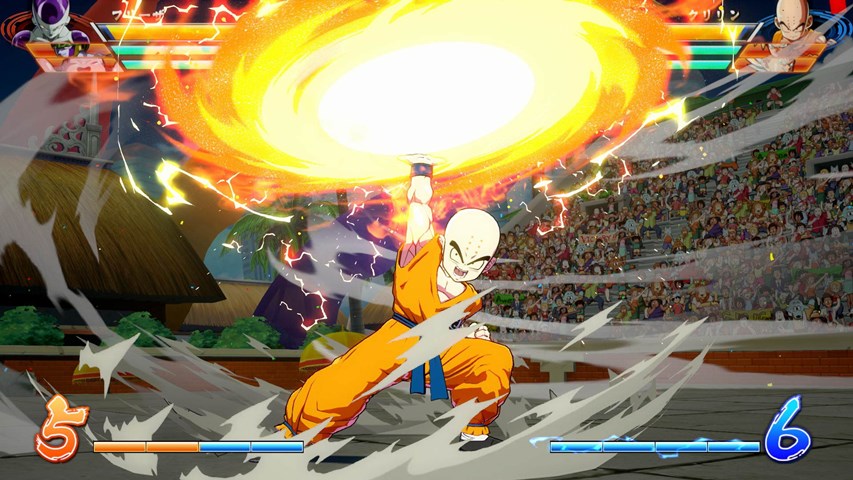 It’s an explanation that has been often used since its announcement, but the easiest comparison for those who want a quick understanding of the gameplay mechanics in FighterZ is Marvel vs. Capcom. FighterZ features three-on-three team battles with each character able to be tagged in and out or called in for assists. Once tagged out, characters can recover a portion of their health; if a character is eliminated, the action pauses for a few seconds as his team’s replacement enters to essentially start a new “round” until another character is eliminated. Once an entire team has been eliminated, you have a winner. The action is fast paced and frantic, with Ki blasts, special moves, and super attacks aplenty. Every character can use attacks that send their opponent flying into the air to be followed up with subsequent aerial combos that can be further followed up with ground combos or special moves to finish off an assault with an extra burst of damage. Timing, however, is everything, and missing a single beat will leave enough of a window for your opponent to recover.

FighterZ utilizes the unquestionably superior method of holding back to block instead of holding a button, making air dashes and crossovers with an assist or two thrown in ideal for mixing up a defensive opponent. One interesting change in the standard fighting game formula, however, is the throw mechanic. Rather than having a true “throw,” FighterZ uses a “Dragon Rush” instead. The Dragon Rush, while functionally serving the same role as a throw, keeps FighterZ’s focus skyward by sending your opponent flying into the air, defenseless to the aforementioned aerial assaults. If you’re a fan of command throws, however, don’t worry – there are a handful at your disposal, including one used by Trunks that will make you hate Bulma for birthing him if you get caught by it.

The greatest strength that FighterZ’s incredibly fun gameplay has, however, is its simplicity. In a genre that can feature moving your joystick in the shape of a backwards Z or rolling two full 360-degree spins within a second, having every move in FighterZ performable with either a forward or backwards quarter circle motion means that FighterZ will be very welcoming to newbies who have never picked up a fighting game before. Along with auto-combos that can be completed by just mashing light or medium attack, FighterZ places its focus squarely on timing and knowledge rather than strict, mechanically perfect performance. Learning elaborate, manual combos, how to block correctly, and when to utilize each tool in your kit is the true path to mastery, but the ease and accessibility of FighterZ will help encourage inexperienced players to stick with the game instead of being daunted by the oftentimes needless complexity of other fighting games. The controls were even designed to be extremely gamepad friendly, so players without a fight stick need not be intimidated by a “lack” of any sort of “serious” fighting game hardware.

Of course, for every Z there must be a GT. While FighterZ boasts a full, 10+ hour long story mode, a deep arcade mode, local 1-on-1 matches, tournaments, arena matches, lobby specific party battles, six-player (1-1-1 vs. 1-1-1) party battles, one of the most in-depth training modes I’ve seen in a long time, combo challenges, a full replay channel with savable personal replays, an in-game store to buy more colors and avatars with in-game currency, and worldwide casual and ranked matchmaking…the network has been absolutely horrible since the game’s launch. 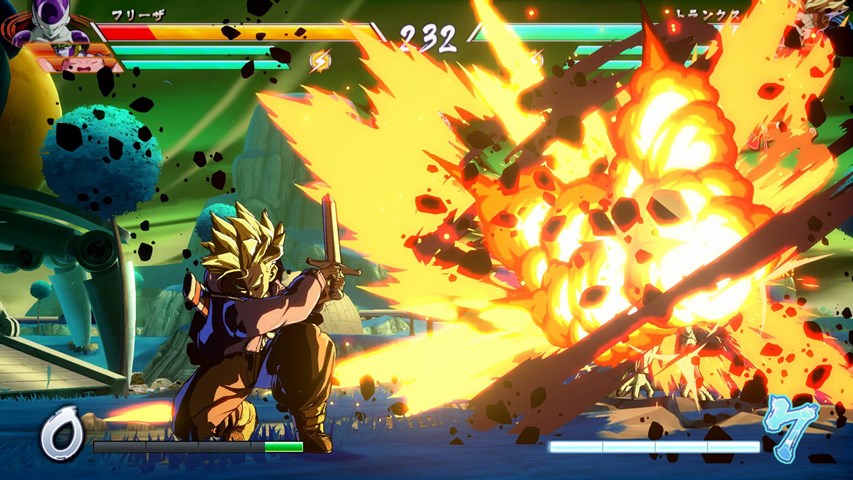 Trying to play online in any meaningful capacity has been an exercise in frustration. Trying to connect to any sort of lobby match, be it arena matches or ring battles, is almost impossible. Casual and ranked matches drop constantly as well. I have even been dropped from a lobby when I was trying to use the capsule shop or watch my replays. To say that it is frustrating is an understatement, but the worst part of the online experience is the bafflingly stupid absence of a private party where you can invite friends to play.

Rather than simply creating a private room and inviting friends, players must connect to a region, then a lobby, and make sure that said lobby has enough open slots out of the 64-player maximum capacity for their friends to join. Then, players must create a ring party, and tell other players where their avatar is so they can walk over to said avatar and then join the ring party. If you want to make it friends-only, well you can only do that by password protecting the ring match and then giving the password to your friends.

It is, without hyperbole, the most awkward, unintuitive, backwards system I have ever seen used in any video game for playing with friends, and when 75-90% of your attempts to join the ring party after going through all those steps ends in a connection failure, well. The word “frustrating” almost begins to explain the experience adequately. Almost.

I’m not unsympathetic to the source of the problem. FighterZ sold 2 million copies in its first week, which Bandai-Namco surely did not anticipate in their wildest imaginations. The servers are simply overloaded with the massive amount of traffic, which is what I alluded to at the beginning of this review. Dragon Ball FighterZ is so good, so complete a fighting game with so much to offer and so compelling a cast of beloved characters, that the early success has nearly crippled one of the most important aspects of the game. It’s truly a shame, too, because when it works, it works so well that it’s almost like playing against a friend on your couch. The occasional bits of lag are so few and far between and minor in most cases that the experience of playing online is one of the best I’ve ever had since fighting games made the jump online.

When it works, that is.

Will the network traffic die down eventually? Of course. Through either a diminishing player base, improving the network, or a combination of the two, the online play should eventually settle into a more reliable state, but it’s worth alerting buyers now that there are issues if the primary reason you’re buying the game is for online play.

While most of the AI in the story is a joke, the single player campaign is still surprisingly delightful because of the hilarious writing. Offline or on, the gameplay is a joy to experience, and even getting your butt kicked can still be fun sometimes because it always feels like you’re watching an epic Dragon Ball showdown from the TV series. 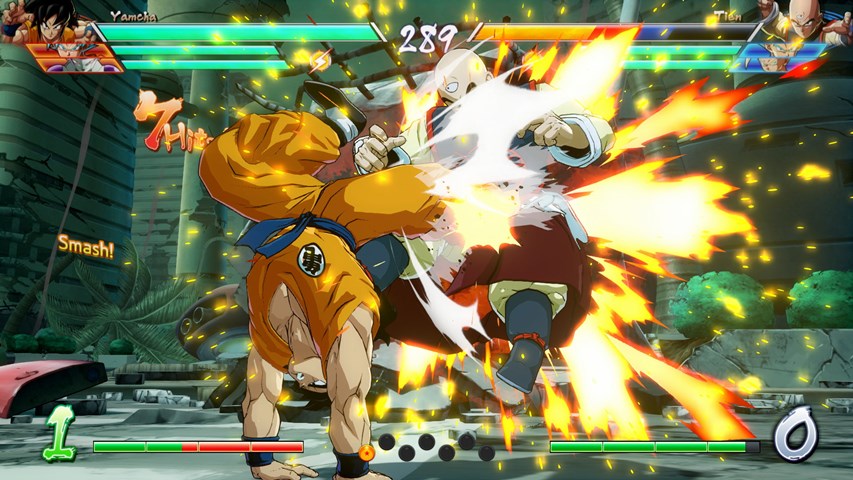 Is it perfect? Not quite. Only Cell is Perfect. If we push the network issues aside and imagine that the online play worked 100% of the time, there are still a handful of things I feel are missing. The absence of any alternate costumes is a bit of a bummer. I would love to be able to fight as Krillin is his “Tacos” shirt or Goku and Vegeta in their Resurrection F attire. It would also be nice if some of the series’ most iconic music were available in some capacity. Next month you’ll be able to purchase some music as DLC, but… That feels sort of cheap from a game that is already asking players to fork over $35US for an 8-character season pass. By the time you factor in taxes, it puts the total cost for those who support the game early at over $100US. Admittedly, that complaint is somewhat minimized by the game offering three additional characters to unlock, and it does have a great roster of characters right from the start, but $100 is still $100.

In closing, your mileage may vary as far as what my review score will be. If you are buying the game for primarily online play, right now the game is at most a 7. If you’re buying the game for offline play, fighting local friends and playing the story, it’s a 9. If you’re looking at the entire package, however, I think it lands squarely in between those scores at an 8. In a month’s time or so, when the network issues are (hopefully) resolved, then that 9 will be more reflective of the entire game, but for now, buyers do need to be aware of the connection issues that might plague their online experience.

Even with the criticisms I have, for Dragon Ball fans or just fans of a great fighting game, I can’t recommend this game enough. Or, in other words, Dragon Ball FighterZ was born with a power level of 10,000.