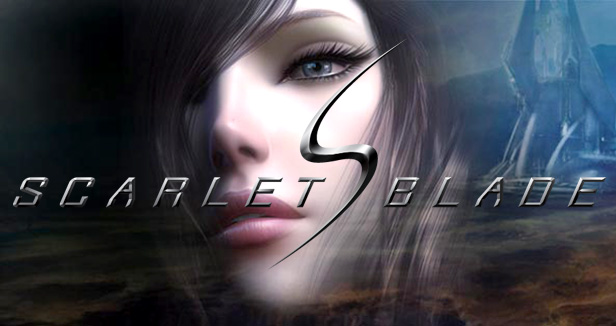 Scarlet Blade panders towards the tastes of those who like anime looking female characters with racy clothing and large breasts. Whilst gamers can create their own beauties from a number of templates and become fully clothed as they play, the hub world NPCs come in a variety of outfits which have to be seen to be believed. Aeria Games aren’t beating around the bush with this game and stick two figures up at those who might feel the need to complain and deem the game sexist, or taking a step backwards. We feel it’s a matter of perspective, and with plenty of other games which don’t feature scantily clad women, then why not. There’s no doubt enough players to make the game profitable for Aeria, so fair play to them. And if you do find the game utterly offensive and distasteful, bear a thought for the fact that Scarlet Blade is likely developed in a country where there’s a different  culture and attitude towards the female form in video games than  those in the west.

To answer the question from a male gamer perspective, no, the game whilst perhaps infantile in its approach, is nothing different than watching anmie or even hentai movies which are popular not only in their native Japan but in many regions throughout the world – and if gaming wants to explore those sorts of avenues for a niche audience, then why not. However, in terms of the representation of women in video games, Scarlet Blade does take the sort of liberties one wouldn’t expect from a western developer these days. It’s deliberately titillating, but at the same time, it’s likely any gamers with an ounce of maturity probably would not entertain the game anyway based on its overt nature and potentially shallow gameplay. That said, in today’s games Scarlet Blade’s approach is very much the exception and not the rule in the west. That’s how far gaming has progressed. The question remains, is this stance in the west for the better?