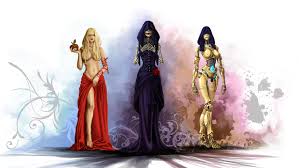 Larian Studios’ Divinity Dragon Commander explores some pretty controversial topics for players to make decisions on, leaving it to person preference how to tackle the issue that matter the most. This can range from helping out poorer countries with aid, allowing nudity on beaches and whether damaging chemical agents should be used to wipe out rodents. The game even touches on various religious aspects including gay rights where the choice is down to the player how their lands are ruled. There’s a lot that relates to the real world and has an overall effect on the game depending on what choices are made.

One of the more unusual aspects is when choosing a bride in the single player story. It’s here where an affiliation is gained with one of the six races – Elves, Dwarves, Imps, Humans, Lizards and the Undead. The latter offers the quest to make the boney bride more human. There are a few variations depending on the decisions made as showcased in the video below and is certainly the choice of the darker gamer. What an unusual game!