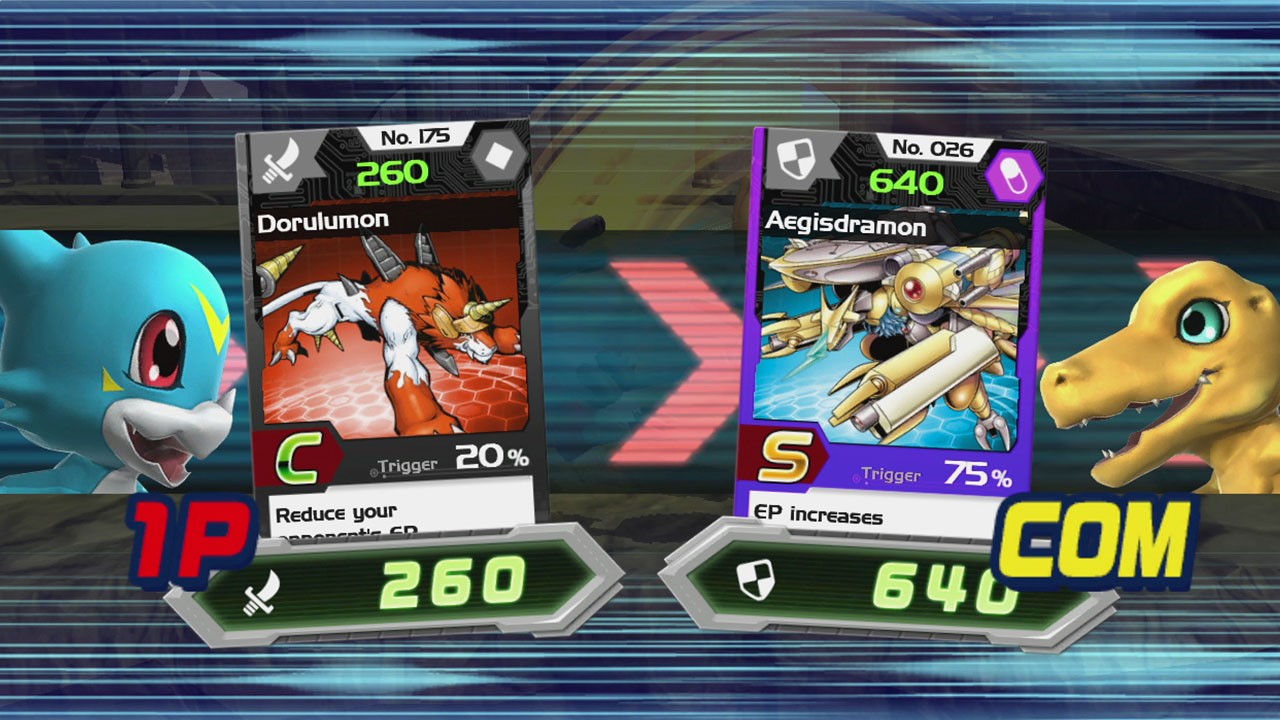 Bandai Namco Games released a Digimon All-Star Rumble trailer for New York Comic Con which shows off the frantic beat em up action gamers can enjoy on PS3 and Xbox 360. The game releases on the 14th of November (in the UK) the 11th in North America and should be heaps of fun for young and older gamers alike. Take a look at the trailer and be sure to have a look at the Story mode screenshots as well.

In DIGIMON All-Star Rumble the Digital World enjoys a time of restored peace after overcoming numerous wars and crises. However, Digimon must battle to Digivolve, so the restless Digimon propose to hold their first ever “Digimon Evolution Tournament” to determine who is the strongest of them all. In the vivaciously competitive tournament, up to four players will be able to select from a roster of 12 popular base Digimon characters and play as a total of 32 Digimon forms pulled from every Digimon series ranging from Digimon Adventure to Digimon Fusion. Players control these digital monsters and battle for supremacy in the main Versus Battle mode that players of all skill levels will be able to pick up and enjoy.